First the Islamic State and now security restrictions on wearing the full face veil, or niqab, have women and others in Mosul reassessing their perceptions of the practice. 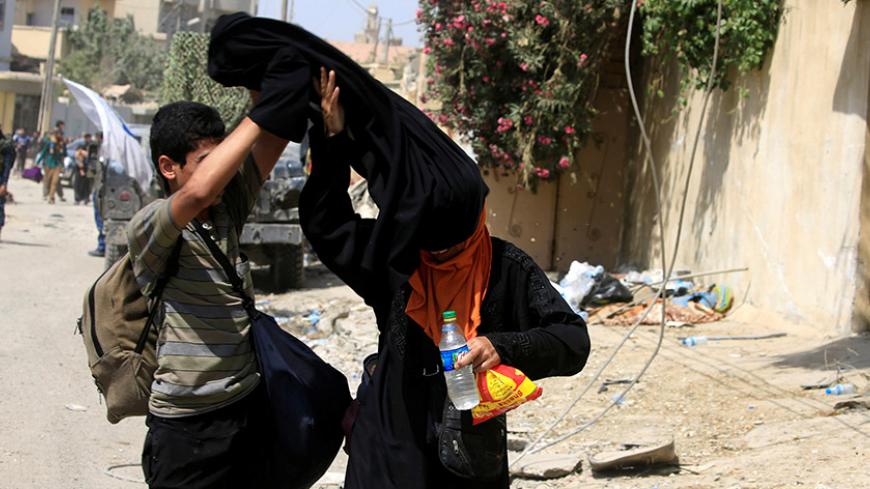 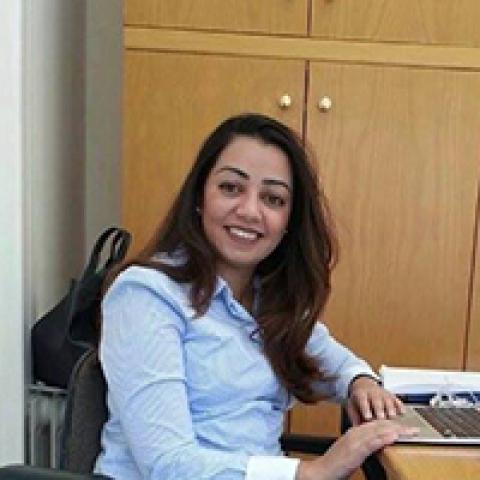 MOSUL, Iraq — Mosul is a city known for its conservative nature and patriarchal social character, but the decision to wear a headscarf is often related to the family and the area where a woman lives. It is perhaps unsurprising that Iraqi opinions vary on a ban imposed on the face veil — known as the niqab — June 1 by the Ninevah province police command on areas liberated from the Islamic State (IS). Supporters view it as a necessary security measure, while detractors see it as a violation of personal liberty.

The hijab covers the hair but leaves the face uncovered, while the niqab, worn with a hijab, covers the lower part of the face, leaving only the eyes visible, and can cover parts of the lower body as well. Among the opponents of the current ban is a young woman seen crossing the street in a long black, loose-fitting jilbab in eastern Mosul, which was liberated in January. Once she arrived at the gate of the Ibn al-Athir Hospital, she unveiled her face to a policeman to identity herself. After being allowed entry, she immediately covered it again.

“I was wearing it long before IS,” she told Al-Monitor. “I suffer from attempts at intimidating me to take it off. People consider me an IS agent. Wearing niqab is a religious duty, just like praying, and I will never take it off.”

Farah, another Mosul resident, sees the issue differently. “I am totally for the ban to protect civilians,” she said. “If a woman wants to dress modestly, she could just wear loose clothes.”

Brig. Gen. Wathiq al-Himdani, who heads the Ninevah police, spoke to Al-Monitor about the restriction. “Dealing with women in Mosul is quite a sensitive issue,” he said. “We perform our duty in a way that best preserves people’s dignity. We will have to enforce the law in terms of arresting or imposing penalties if a woman wearing niqab refuses to unveil her face when requested to prove her identity.”

Focus on the niqab arose from a concern that IS members might exploit it to conceal their identity as well as to hide explosives as potential suicide bombers. Himdani said, “The society's response in Mosul has been quite positive. Citizens have been cooperative with our forces since the ban was imposed.”

Walking through eastern Mosul, which is fully under the control of Iraqi forces, one notices that women and girls in some areas, among them al-Zohoor, al-Massarif and al-Muthanna, move about without niqabs. The closer one gets toward poorer residential areas, the more one sees niqabs. If spotted by security officers, women are asked to remove them.

Surprisingly, the group adhering to the covering their face the most appears to be high school girls. Although the majority of them have shed the black jilbab in favor of school uniforms, which often call for a skirt that shows their legs, which they cover by wearing thick stockings, they still cover their faces with veils.

Nawal Ghanem, the director of a girls’ high school who preferred to use a pseudonym for fear of negative responses from the parents, told Al-Monitor that she had wanted to help students let go of religious extremism. “I had to invite a moderate cleric in to convince them that the niqab is not an obligation and how it represents IS’ practices in the city,” she said. “However, it did not turn out positively, as some girls convinced their classmates to wear it.”

Since 2006 with the growing presence of extremist Islamist groups, Mosul residents began to notice an increase in the number of women wearing niqab on the streets and in schools and universities compared to the 1990s, when only women from certain observant Muslim families wore them. Moreover, before IS overran Mosul in 2014, the niqab was not considered an authentic component of the city's culture. It was not as common as it is now.

Loay Ahmed, a Mosul resident who spoke to Al-Monitor, said, “Only during these days is the ban the correct decision in light of the security concern.” According to Ahmed, it would be great if all women wore the niqab, as it undermines, in his view, the moral low point youths have reached as well as increasing sexual harassment in the streets.

Many Mosul residents think that the agenda IS forcibly imposed has changed the perception of hijab for some of them. Whereas it was one an agreed-upon practice, some now regard it as lacking in terms of religious and moral commitment. Therefore, the niqab is no longer exclusively related to IS’ presence, but has become a social norm connected to family honor and modesty.

The majority of women in eastern Mosul today wear the hijab and can move about freely in public. This is how it was before IS seized control and is considered the least a woman must do.

Some Sharia experts do not consider niqab a religious requirement. According to Mohamed al-Shammaa, imam of the Prophet Jonah Mosque, “Niqab is controversial rather than definitive and unambiguous. When it becomes a means to shed people’s blood, people’s blood and lives are given priority over a mere facial detail,” the imam posted on his Facebook page.

Among the women who welcomed the ban was Mayar, who was forced to wear the niqab during IS’ reign over Mosul. Once Iraqi forces liberated her area, she took it off. Today she is no longer even convinced of the idea of a hijab.

“I feel suffocated when I put the hijab on,” she said. “It causes me psychological problems as well as endless trouble with my family.”

Mayar added, “Wearing hijab has become a habit rather than a ritual. Proof of this is that my family allows me to take it off when I travel outside Mosul, while at the same time, this is prohibited in Mosul out of fear of what people might think.”