Egyptian women urged to 'put on your dress'

An Egyptian activist has called for women to fight sexual harassment on Egypt's streets by ditching the hijab and dressing as they please. 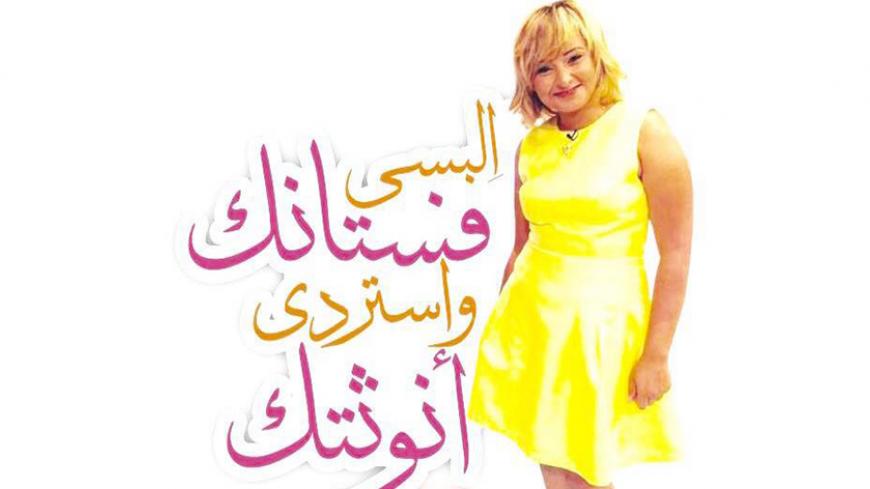 Dina Anwar launches her campaign calling on Egyptian women and girls to wear dresses and express their femininity, Aug. 25, 2015. - FACEBOOK/Put on your dress and femininity
Hala Ali
September 18, 2015

CAIRO, Egypt — Dina Anwar, an Egyptian pharmacist, is leading a campaign dubbed “Put on your dress and take back your femininity” to fight sexual harassment in the Egyptian street. She created a Facebook page in August calling on Egyptian women and girls to go back to wearing dresses and showing their femininity.

The dress was ubiquitous in Egypt during late President Gamal Abdel Nasser’s era in the 1960s, before the radical Islamic expansion of the 1970s and the emergence of Gamaa Islamiya in 1979.

In a study conducted by the UN Women’s Egypt office in April 2013, 99.3% of women polled in a number of Egyptian governorates reported being subject to sexual harassment. According to the study, sexual harassment comes most commonly in the form of touching with 59.9%, and 54.5% of the women experienced verbal harassment.

The campaign came as part of a movement against sexual harassment following Jan. 25, 2011, when a large number of women took off their hijabs. Foreign Policy magazine described the change as a “silent revolution.”

The movement continued with Sherif el-Shoubashy, the former head of the Cairo International Film Festival, calling on April 12 for a major demonstration against the hijab in Tahrir Square. Shoubashy’s move came as a challenge to the Muslim Brotherhood ideology and their calls during President Mohammed Morsi’s rule for all Egyptian women to wear the hijab.

The movement grew as the popular uproar increased against the Islamist rule and the subsequent fall of the Muslim Brotherhood rule as a result of the June 30 Revolution in 2013.

Al-Azhar condemned the demonstration to take off the hijab, stating April 17 in its own Sawt al-Azhar magazine that Al-Azhar supports women's rights and stands by their side, while stressing that it rejects the calls for the demonstration as humiliating to women and their rights.

Although the anti-hijab demonstration did not take place, the idea did raise great controversy on Facebook and Twitter.

The campaign's founder was criticized during an Aug. 30 show on Dream TV when a caller said that instead of dresses, she should call for women to wear Islamic clothing that covers everything except the face and hands.

However, the campaign was also welcomed by a number of artists who expressed enthusiasm for the call to wear dresses as a symbol of more beautiful times. Some women posted pictures of themselves wearing dresses in support of the campaign.

In an interview with Al-Monitor, Anwar defended her campaign, saying that people attack any call for change. She called its attackers simple-minded, that they look at women wearing dresses and are only attracted by the exposed parts of their bodies.

She explained that 35% of the campaign's members are men, and it also includes 22 veiled woman between the ages of 18 and 45 who, despite wearing the hijab, support wearing dresses as well.

Anwar noted that the campaign is designed to confront the ugliness that has prevailed in the Egyptian street, where dresses disappeared in the 1970s. Black abayas were imported from the Gulf countries, and women wore trousers to avoid harassment.

She added, “If we compare the Egyptian street in the 1960s to the situation now, we will find that ugliness has become widespread under the pretext of the outward religiousness.”

Anwar noted that since the 1970s a large number of women have worn the hijab and niqab in Egypt, and it turned into a discrimination issue in which women and girls are ethically evaluated based on what they wear. The campaign's objective, she said, is to restore the Egyptian street to its former beauty and encourage women to resist harassment.

On the campaign's impact, Anwar said that members wore dresses to the opening of the National Theater. She added that she intends to organize other activities such as visits to archaeological sites while wearing dresses to improve Egypt's image abroad, and that she will call on the girls to wear dresses to universities.

Dalia Abdel Hamid, the gender officer at the Egyptian Initiative for Personal Rights, told Al-Monitor that she does not agree with Anwar. She said that equating dresses with femininity is problematic, and personal freedom means that women are free to wear what they want without being subject to the crime of harassment in the street.

Abdel Hamid criticized what she called a fascination with the 1960s, saying that it is incorrect to assume that the situation of Egyptian women was better because they wore mini skirts. She said there are other, more important considerations for the situation of women, such as education level, nutrition, access to the labor market and representation in parliament, ministries and high-ranking positions.

Nehad Aboul Komsan, the head of the Egyptian Center for Women's Rights, said the campaign points to a real social revolution in Egypt that no one is paying attention to but is predictive of social change that Egypt will witness in the next 10 years.

She told Al-Monitor that the movement has taken multiple forms, including this kind of initiative, which represents an expressive rebellion against the roles imposed on women and the perception of women as either servants at home or objects to be harassed.

Aboul Komsan believes that social networking has freed women and girls and broken traditional restrictions on expression and communication, fostering respect for femininity and a belief among women that they can dress as they please.

She said the men who have attacked the campaign have not grasped what is happening in Egypt. They will have to pay the price of the societal and structural change, as Egyptian women will not give up the freedom they have gained. She added that the women who have attacked the campaign have no other solutions to offer, no way to change the reality that has been imposed on them.

In this movement and others, Egyptian girls are asserting their rights by increasingly rejecting the prevailing culture that dictates the victims of sexual harassment are to be blamed, regardless of what they wear.