Netanyahu and Abbas on the same page for once

Palestinians and Israelis are mulling over a partial settlement construction freeze, a move that would benefit the Palestinian Authority and the Israeli government. 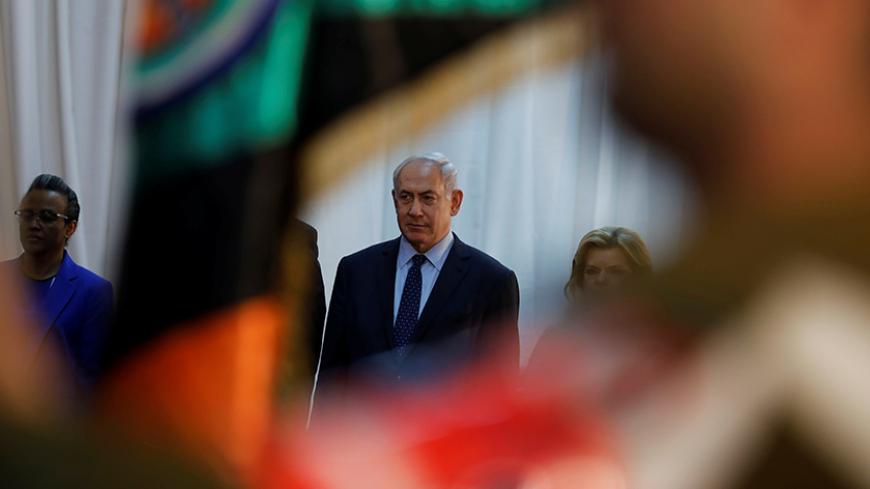 Mohammed Mustafa, chairman of the Palestinian Investment Fund and senior economic adviser to Palestinian President Mahmoud Abbas, told the Bloomberg news agency that Abbas is willing to withdraw his demand for a settlement construction freeze by Israel on the West Bank as a stipulation for renewing negotiations with Israel. Mustafa also revealed the reason: Various countries and international donors have drastically decreased their financial assistance to the Palestinian Authority (PA). Thus, the only way to avert the PA's economic collapse is to enter into negotiations with Israel.

These words expose not only motive on the Palestinian side, but also the way the Israeli-Palestinian game is playing out behind the scenes. After Donald Trump was elected US president in November, the Palestinians adopted a cautious approach. In this way, they hope to score diplomatic successes based on a detailed timetable.

In the short term, they want to prove to the US administration that they, the Palestinians, do not erect barriers or set obstacles in the way of diplomatic negotiations. They want to prove that they are even willing to assist Trump in achieving the historic peace agreement that has eluded every US president who has tried to reach one.

In the medium term, Abbas hopes to save the PA and his regime from collapse. A positive atmosphere between Ramallah and Washington may well lead to a renewal of US economic aid that the PA so desperately needs. More so, if other countries that donate funds to the PA but recently halted them to a large degree see light at the end of the tunnel, they might decide to revive aid as well.

As for the long term, the Palestinians feel that no comprehensive diplomatic arrangement can be reached during the right-wing era of Prime Minister Benjamin Netanyahu. The PA has an “Israel Department,” headed by Mohammed al-Madani, a close colleague of Abbas who also heads the Committee for Interaction with Israeli Society. The department estimates that the composition of Netanyahu’s government will not allow him to move an inch toward any diplomatic arrangement that would inevitably require the return of West Bank territory. Clearly, the Palestinians know how to read Israel’s political map. Of note, Netanyahu barely managed to push through his Cabinet some small economic gestures toward the Palestinians last month ahead of Trump’s visit. As Al-Monitor reported, the Palestinians viewed the gestures as pathetic.

The PA’s top brass are convinced that withdrawal of the Palestinians' ultimatum regarding building in the West Bank settlements is the only way to show Trump that they are going out of their way to help him reach the “ultimate deal.” Even if no deal is reached, however, at least Netanyahu's real face — someone who will try any trick in the book to sabotage the US initiative for a diplomatic arrangement — will be revealed for all to see.

Abbas’ decision to waive his precondition on construction freeze must also be viewed in a broader context. The US initiative, led by Jason Greenblatt, Trump’s emissary to the Middle East, also includes recruiting the Arab states to join a regional process and is the diplomatic prize being offered to Israel. The Wall Street Journal reported on May 15 that Saudi Arabia and other Gulf states had offered to take steps toward normalization with Israel if Israel is prepared to partially freeze construction in the territories.

It was in the spirit of this background that a charged meeting was held June 7 between Netanyahu and the heads of the local councils of West Bank settlements. There the prime minister said that the “diplomatic sensitivity” of construction in the territories must be addressed. Netanyahu, of course, did not overtly say that the Americans were pressuring him to agree to a limited construction freeze and that it was all about semantics. The Palestinians view the American pressure on Israel as a “measured [i.e., partial] freeze,” while Netanyahu views it as “wise, responsible building.”

A highly placed Palestinian source told Al-Monitor on the condition of anonymity that Abbas had received an express promise from the United States that it would make sure that Israel does not “go overboard” — that is, will not build as much as it wants and without supervision in the West Bank. In other words, the Americans promised the Palestinians a kind of limited or controlled construction freeze.

In this way, both the Israelis and the Palestinians can relay to their respective publics a cup-half-full version of events. Abbas can claim that by agreeing to “reach an understanding” with the Americans, he succeeded in extracting a promise that they would rein in the “wild behavior of Netanyahu and his right-wing government,” according to the Palestinians, thus achieving a partial settlement freeze. Netanyahu can say that he had succeeded in safeguarding the settlement enterprise and did not agree to a freeze, despite all the pressure on him.

Mohammed Shtayyeh, a Fatah Central Committee member and close friend of Abbas, told Bloomberg that what made it easier for Abbas to score points with Palestinian public opinion was Trump’s June 1 decision to sign a waiver postponing the relocation of the US Embassy to Jerusalem. The move won the US president the good graces of the Palestinians.

That being said, when it comes to the PA, what is on the line is not the measure of trust between Abbas and Trump, but how Abbas is viewed by the Palestinian rank and file. Abbas will try to convince the Palestinians that wise, cautious and sagacious diplomacy on his part had stopped Trump from taking extreme, irreversible measures they oppose. Netanyahu will take the same approach with the settlers, telling them that wise diplomatic finesse will help him safeguard construction in the settlements.