Prime Minister Benjamin Netanyahu cannot claim that his coalition will fall apart if he supports a peace initiative by President Donald Trump. 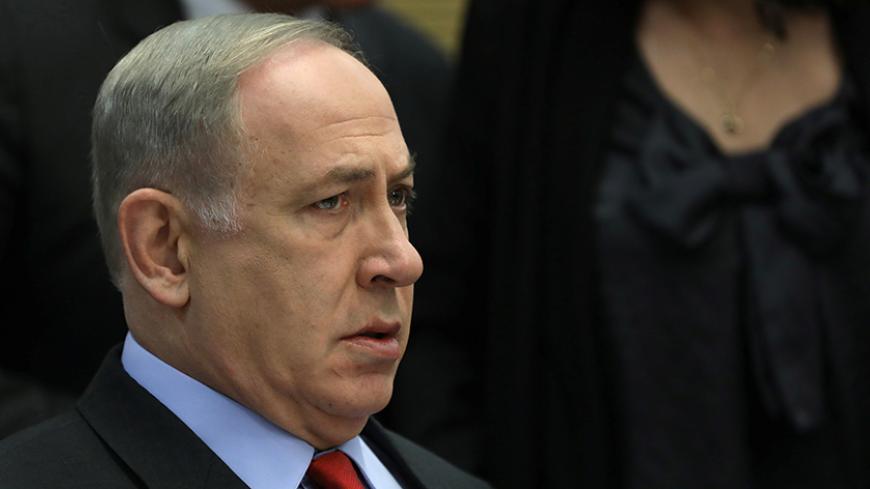 Shortly after Donald Trump assumed the US presidency, I surmised that Prime Minister Benjamin Netanyahu would one day come to miss President Barack Obama. I must confess, however, that I had no idea how soon Netanyahu would be forced to dust off the moldy excuse that served him during the Obama administration and went something like this: I want passionately to end the conflict with the Palestinians, but sadly, my radical right-wing coalition government is hemming me in. Even a suspension of construction in Israel’s West Bank settlements will bring a premature end to my political career.

My colleague Ben Caspit recently described the situation as Netanyahu being forced to choose between a crack in the relationship with the Trump administration and a crisis in his relations with the national-religious HaBayit HaYehudi, led by his political rival, Naftali Bennett. Netanyahu has many other, varied options, however, and has had for a long time.

When Obama journeyed to Cairo in June 2009 to deliver his landmark speech “A New Beginning,” he beseeched his Egyptian counterpart, President Hosni Mubarak, to be considerate of Netanyahu’s political woes and avoid exerting heavy pressure on him over the settlement issue. Palestinian President Mahmoud Abbas told me at the time that Mubarak had pointed out to Obama that no one had forced Netanyahu to choose right-wing government partners and that he could still pick an alternative moderate and peace-loving coalition. The Egyptian president did not fail to inform his important American visitor that Abbas, too, was constrained by domestic political considerations. Mubarak reminded Obama that Egypt and the other members of the Arab League were still awaiting Israel’s response to their 2002 peace initiative, which promises Israel normal ties with virtually all the Muslim states in return for an end to its occupation of Palestinian territory and a just and agreed upon solution to the lingering Palestinian refugee problem.

Little has changed in the eight years since. The option of an alternative coalition government that would enable Netanyahu to suspend construction in West Bank areas outside the existing settlement blocs is alive and well. The Arab League reaffirmed its peace initiative at the end of March. In addition, The Wall Street Journal reported May 15 that the Muslim Sunni states had formulated a document offering concrete steps for normalizing relations with Israel, among them establishing direct telecommunications between Israel and several Arab states, allowing Israeli airlines to use Gulf states' air space and lifting limitations on trade with Israel. In return, the Sunni states, Israel’s natural allies in the struggle against Shiite Iran and Hezbollah, expect Israel to take modest steps in regard to the Palestinians, such as a partial freeze on construction in some West Bank settlements and an easing of restrictions on trade with Gaza.

Leaders of the opposition Zionist Camp who recently visited Washington, led by Labor Party Chair Isaac Herzog and Hatnua Chair Tzipi Livni, made it clear to the Trump administration officials with whom they met that their faction in the Knesset would support any move that advances the “big deal” the president aspires to make. Zionist Camp leaders believe that if Netanyahu adopts the road map that he worked out with Herzog in 2016 before changing his mind, most of the faction’s Knesset members would agree to join the ruling coalition, replacing Bennett and his Knesset members.

The road map, as reported by Haaretz on March 5, includes an expression of willingness for territorial compromise based on a two-state solution and a significant reining-in of construction in West Bank settlements, including a “quiet freeze” of construction outside the existing settlement “blocs,” that is, without an official resolution or public announcement. Netanyahu also reportedly agreed to enable construction and progress of Palestinian projects in Area C, West Bank land under full Israeli control, and humanitarian rehabilitation of Gaza. In addition, the Israeli government would declare its positive view of the overall spirit of the Arab Peace Initiative and of its components.

The alternative government initiative ran aground after Netanyahu refused to anchor the understandings with Herzog in a signed document. Herzog knew that Netanyahu could easily talk warmly about a two-state solution on one day and on the next bash the leftists demanding such a solution.

At the start of Obama’s first term, when he unnerved Netanyahu with his impassioned Cairo University speech on peace, the prime minister was quick to come up with a speech of his own favoring a two-state solution, delivering it at Bar-Ilan University. Three years after Netanyahu's speech, Benny Begin, at the time a government minister, told a group of students at Hebrew University that the Bar-Ilan speech and the two-state concept were not official government policy, and that they had never been presented for debate. That Obama did not insist on Netanyahu providing him with a clear, unambiguous government decision on the core issues of the Israeli-Palestinian conflict allowed Netanyahu to hold on to power and form yet another government after the 2015 elections, the most right-wing lineup in the history of the state.

A relatively small majority in the current Knesset — Netanyahu’s Likud, HaBayit HaYehudi and some of Yisrael Beitenu — opposes the establishment of a Palestinian state alongside Israel as part of a regional peace arrangement guaranteeing Israel’s security. If Trump is successful in putting together the “deal” to which he keeps referring, a solid majority could be found in the Knesset to support it. A public opinion survey conducted in December by Tel Aviv University’s Tami Steinmetz Center for Peace Research and the Palestinian Center for Policy and Survey Research in Ramallah found that 58% of Jewish Israelis and 57% of Palestinians support a two-state solution as part of a regional peace agreement.

One can only hope that Trump’s aides will tell him that if he presents Jerusalem with a deal that brings about an end to the conflict with the Palestinians draped in a regional flag, he will become a national hero of both peoples. Then he will be worthy of a Nobel Peace Prize much more so than his White House predecessor. What fun it would be to see the guys from CNN reporting live from the ceremony in Oslo — if, that is, Trump survives his mounting pile of scandals, and American democracy is unable to defend itself against him.