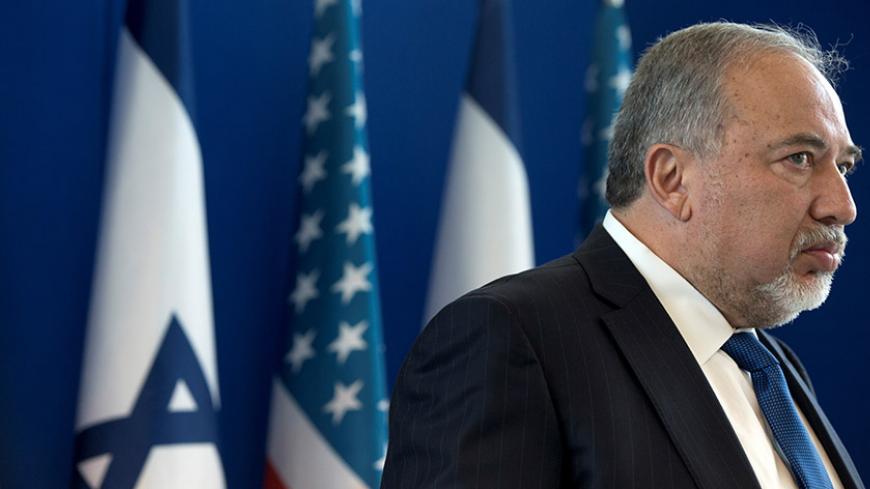 In September 2016, Defense Minister Avigdor Liberman brought forth for debate and approval in the Cabinet a master plan for the expansion of the West Bank city of Qalqilya. It was part of the “carrot-and-stick plan” he devised. Liberman started his job as defense minister some three months earlier, at the height of the wave of Palestinian terrorism — also called the individual intifada — and looked for creative ways to prevent further escalation.

In Liberman’s plan, Palestinian towns were grouped into two categories: those included on the “red list,” from which terrorist attacks emerged; and a “green list” of 15 cities and villages from which terrorists hadn’t come. Liberman allotted benefits for those towns on the green list, which included the expansion of their master plan. The city of Qalqilya was one of them.

Liberman based his plan on the security concept put forward by the army, according to which relief for West Bank residents would lower their level of despair and could stop the spread of terrorism. This would of course be accompanied by a firm hand toward terrorists and their operators.

Thus Liberman — who heads Yisrael Beitenu and is one of the leaders of the Israeli right — presented a pragmatic and creative approach to dealing with the wave of Palestinian terrorism.

Nine months have passed since that Cabinet meeting when the plan to expand Qalqilya was approved with the presence of Prime Minister Benjamin Netanyahu and ministers from both HaBayit HaYehudi and Likud. But only on June 14 did it blow up on the Channel 2 newscast.

According to the report, the construction plan would double the number of residents in the Palestinian city, which today numbers 50,000. The 14,000 new housing units to be built according to the plan would be constructed at the expense of West Bank Area C territory, which is under Israeli military and civilian control.

The man leading the opposition to the move, according to the report, and who is quoted on Channel 2 is the head of the Samaria Regional Council, Yossi Dagan — a leading Likud activist who boasts that he has gathered much power in party institutions. Dagan has succeeded in branding himself in recent years as a rising power in the Likud and among the settlers. He knows that Likud and HaBayit HaYehudi ministers and members and the Knesset need voters he registered in order to be elected. And so he takes advantage of that, putting effective pressure on them to join the struggle to increase settlement construction in Judea and Samaria. After Donald Trump’s election to the American presidency, the confidence of Dagan and his settler public has greatly increased in demanding that the Netanyahu government expand settlement construction under the patronage of the sympathetic administration in Washington.

Dagan blew up the plan to expand Qalqilya at a time most convenient for him. He threatened the prime minister and his ministers, and among other things said, “The government has lost the brakes … after eight years, today there are no more excuses. If this settlement freeze is in fact authorized, the Likud — as the leader of the nationalist camp — should consider putting up another candidate for prime minister who would be committed, in deeds and not words, to the ideology of the nationalist camp in Israel.”

At first Netanyahu confirmed Channel 2’s report, but he changed his story when he understood that it has caused an uproar on the right and that Likud ministers have also joined the protest against the plan. Likud Ministers Yariv Levin and Zeev Elkin argued that Liberman acted behind their backs and that they didn’t have a hand in such a plan. Elkin, who was abroad during the debate in 2016, said that the Cabinet spoke in general terms of a master plan for Qalqilya, but the number of 14,000 housing units was kept from the Cabinet. Yisrael Katz, Minister of Transportation and Minister for Intelligence Affairs, in an interview with Israel Army Radio, also presented a version that supports the settlers.

At a meeting of the leaders of the coalition June 18, Netanyahu distanced himself from the plan and claimed that he doesn’t recall the decision made by the Cabinet on the topic. Later he announced that he would bring up the plan for a new debate in the Cabinet.

Netanyahu’s memory trouble and the decision to again debate the plan that was already approved by the Cabinet once more sharpens the double game the prime minister is playing with the extreme right and especially his weakness in confronting them. This comes alongside the maneuvers Netanyahu has been making vis-a-vis Trump, who has signaled his interest in pushing forward negotiations between Israel and the Palestinians. In return, Trump’s interest obligates the government in Jerusalem to make goodwill gestures toward Palestinian President Mahmoud Abbas.

Instead of zigzagging, Netanyahu could have stood up in front of the public and backed the plan he had allowed to be approved because he thought it was right. If we examine the arguments of the settlers, we see there’s not much to them. While the new housing units would be built on land under Israeli control, the construction would take place within the security barrier surrounding the city, where most houses would be built on private Palestinian land. The number of housing units is also open to interpretation in terms of what stages of planning or construction they are in. The security establishment claims that there would be far fewer units built than advertised, as half of them have already been constructed and would just receive retroactive authorization.

Sources close to Liberman have rejected the settlers’ “political manipulation” and have promised that the plan will ultimately be approved. They claimed that the plan was presented in full for the Cabinet’s approval without hiding anything. According to them, this hasn’t kept Dagan from using public protest on the right to pressure the government in order to obtain construction permits for settlements by intentionally inflating the numbers.

In the meantime, Liberman prefers to refrain from direct conflict with the prime minister or right-wing ministers in the battle over versions of the story, because he isn’t interested in a coalition crisis. But it may be that in a renewed debate of the plan in the Cabinet, the political battle within the right would be unavoidable.