Expansion plan for Palestinian town a power test for Liberman

The battle over Israeli Defense Minister Avigdor Liberman’s plan to expand the Palestinian town of Qalqilya reflects division within the right-wing camp, ahead of the next elections. 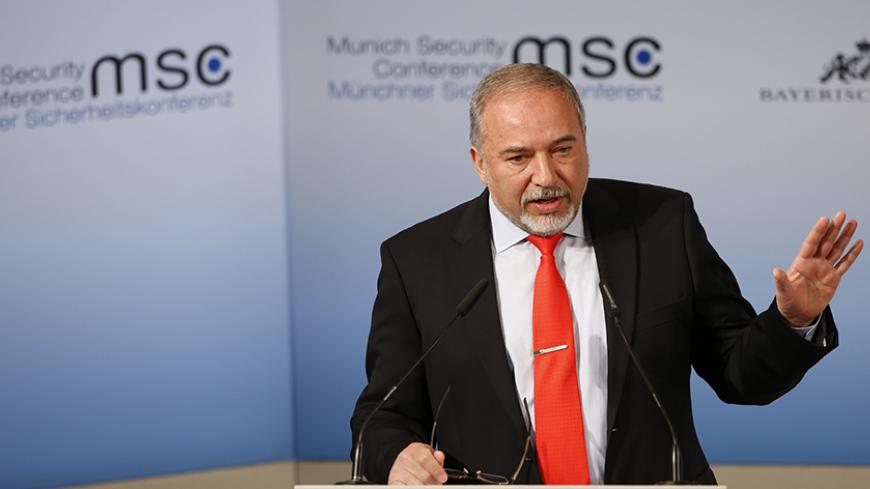 The conflict between Defense Minister Avigdor Liberman and the settlers over his plan to expand the Palestinian city of Qalqilya is about to reach a boiling point. While Liberman insists that his plan is essential for purely security reasons, the settlers are waging an aggressive campaign to block it, claiming that it is actually dangerous.

Next week, the Cabinet is expected to determine the fate of the plan, which was put on hold at the order of Prime Minister Benjamin Netanyahu, in response to vociferous opposition by HaBayit HaYehudi ministers. They, in turn, are being subjected to every imaginable pressure from the settlers. Ever since Channel 2 News first revealed the plan last June, the settlers, led by Yossi Dagan, the head of the Samaria Regional Council and their representative in the Likud Party, have successfully applied pressure also on Likud ministers who are security Cabinet members. This only exacerbates the potential political volatility of the entire issue.

In many ways, this decisive moment is a test of Liberman's strength in dealing with what he derisively calls the "messianic" right, whose most senior representative in the government is HaBayit HaYehudi Chairman Naftali Bennett. In contrast, Liberman sees himself as representing the pragmatic, responsible right.

The commotion surrounding the Qalqilya expansion plan also shows the strength that the settler leadership has amassed within the Cabinet, and the way that they have succeeded in transforming a security issue of the utmost importance into a political debate. It raises the question: Will the prime minister favor them over his defense minister?

The Qalqilya plan had its origins in August 2016. Having entered the Defense Ministry in May 2016, Liberman sought out creative ways to curb the wave of terrorism, which seemed to be growing. The plan that he put together, in coordination with and with the support of the most senior Israel Defense Forces (IDF) and Shin Bet officers, was called "carrots and sticks." The underlying logic was to provide benefits to those Palestinian towns that had remained calm in terms of terrorism, while striking out against those places that were the source of terrorist attacks.

The entire security establishment, including Chief of Staff Lt. Gen. Gadi Eizenkot, believed and continue to believe that taking positive steps to benefit the quiet Palestinian population would serve as a moderating force and reduce the scope of terrorism considerably. Qalqilya has been marked as a quiet town, deserving of "carrots." According to the plan for the city, it has been decided to approve the construction of some 6,000 housing units, a new commercial center and a zoo. While the land for all this is in West Bank Area C, which is under Israeli control, the land within the city is under private Palestinian ownership.

When Liberman first presented his plan in 2016, it was approved by the Cabinet without any problems. The settlers began to speak out against it last month, when they claimed to have "discovered" that the plan actually involved the construction of more than 14,000 housing units, which would double the Palestinian city's population. They caused a stir and won the support of the ministers from HaBayit HaYehudi, as well as some Likud ministers, including Ze'ev Elkin, Gilad Erdan and Yisrael Katz. These ministers all committed themselves to blocking the plan in the Cabinet.

On July 12, Liberman paid a visit to the settlement of Maale Shomron, where he got into a highly publicized confrontation with Dagan, who is said to control the many thousands of settlers who joined the Likud. They are the source of Dagan's strength, when dealing with the Likud's ministers and Knesset members.

Liberman lashed out at Dagan, saying, "I represent the responsible right, not the messianic right. The plan involves just 6,000 housing units within a restricted area. Qalqilya is only the trigger in the struggle between the pragmatic right and the messianic right."

Dagan replied, "I really respect the minister, but I don't think that I am messianic or part of the delusional right. The Qalqilya plan is simply dangerous."

The Cabinet met again that same evening to discuss the plan once more, after several ministers complained that Liberman failed to update them on the scope of construction, when he first laid out the plan to them.

Before this second Cabinet discussion, senior IDF officers were quoted by the media as saying that the plan to expand Qalqilya has received all the necessary permits from the defense establishment. They said that the plan creates hope and provides the majority of the Palestinian population the option not to engage in terror. During the discussion itself, Liberman said, "I'm responsible. Come to me with your complaints if the plan fails to prove itself."

Nevertheless, Dagan scored a victory of sorts when, at the end of the discussion, it was decided to put the plan on hold temporarily.

Liberman has no plans to give in. He is already waging a political and media battle against the settlers. According to some political sources, during internal discussions he describes the disagreement as a struggle between the pragmatic right and the messianic right, between those who want a binational state and those who want a Jewish state.

Liberman also hints that political intervention in what is so clearly a security issue could incite the Palestinian population. As he asks sarcastically: Who do we believe? The people in the primaries (settlers voting for Likud leadership) or the security hawks (security establishment)?

While it may seem to onlookers that Liberman is committing political suicide, there are actually two layers to what Liberman is doing. First of all, he is showing himself to be a responsible minister committed to the official well-being of the state. This contrasts sharply with the aggressive and impulsive image he had before he was appointed to his current position, when he was depicted as someone who could, potentially, set the entire Middle East on fire. He has, in fact, been working harmoniously with the chief of staff, which is why it is worth paying attention to his "carrot-and-stick" plan, which he formulated together with the IDF.

The second layer shows Liberman as a politician with a keen sense of survival. He is preparing himself for what lies ahead, and in his case, this means giving up on the electoral support of the settlers and the extreme right, which, he realizes, have already cast their lot with Bennett. He understands that his electoral potential lies with the Russian immigrant community and the "sane" right, including those who are still part of the Likud. That's who he is targeting now.

In the Liberman of today, it is hard to find the slightest reminder of the Liberman who served as foreign minister in the previous government, during Operation Protective Edge in summer 2014, when he claimed that Netanyahu's policy against Hamas was too lax. As defense minister, he is a moderating force in the Cabinet, cooperating with both the prime minister and the IDF. Netanyahu certainly knows how important Liberman's plan is. Next week, we will see if he actually takes the side of his defense minister and the IDF.