IDF prepares for future of war in region

After conducting military exercises in Cyprus, the Israel Defense Forces are trying to anticipate all possibilities of warfare on Israel's borders, including a ground confrontation in Lebanon with Hezbollah. 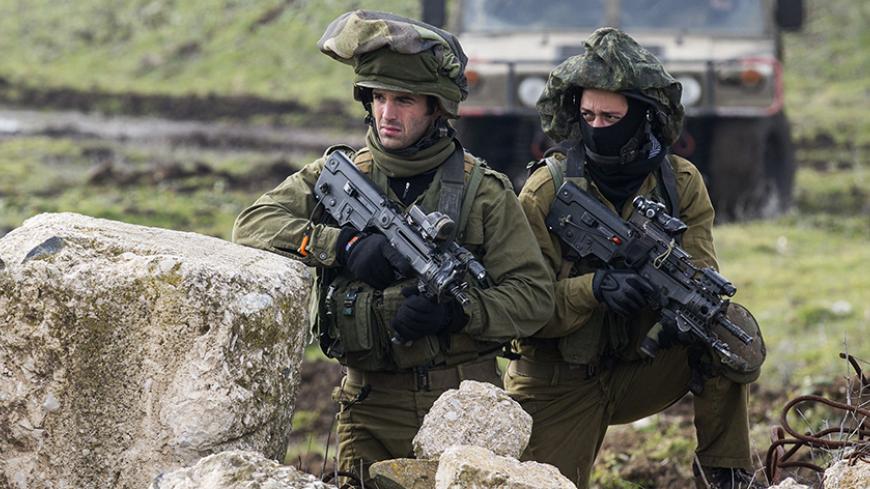 June 14 saw the completion of an enormous Israel Defense Forces (IDF) commando brigade exercise in Cyprus. It was jointly conducted by the Cypriot army and hundreds of Israeli commando fighters and involved 10 Blackhawk helicopters from the Israeli air force, dogs and dog handlers from the IDF Special Forces Canine Unit (Oketz) and fighters from additional IDF units, such as combat engineering and intelligence. The drill was conducted in the Troodos Mountains. The Israeli soldiers were flown first to the Cypriot city of Paphos on IDF air force transport aircraft and from there to the mountains on Blackhawks. They practiced fighting in built-up environments (urban warfare), battling in mountainous areas and landing forces using helicopters in harsh terrain and at high altitude while working in close cooperation with foreign forces in unfamiliar arenas.

It is clear that the mountain range chosen for the drill closely resembles the topographic conditions in Lebanon, although no Israeli spokesperson has confirmed it. The last ground exercise conducted by Israel in Lebanon took place 11 years ago, in 2006, and was not very successful. In what Israelis call the Second Lebanon War, the IDF sent three armored divisions into extensive mountainous territory, which meant that its soldiers were exposed to Hezbollah rockets for hundreds of conspicuous meters. Since then, the IDF has been working on a new outline for ground maneuvers more closely adapted to the current reality and balance of power. “Next time, things will look completely different,” an army source told Al-Monitor, speaking on the condition of anonymity.

The IDF of 2017 is completely different from the IDF that fought Hezbollah in July 2006. Years of cutbacks had caused the 2006 army to become a withered, untrained body lacking operational experience and precise goals. In the Lebanon war, the IDF unsuccessfully searched for its opponent on land, while Hezbollah fighters avoided all possible direct contact with Israeli armored divisions. Instead, the fighters confined themselves to targeting Israeli tanks and soldiers with Kornet missiles from afar with a certain degree of success.

This asymmetrical warfare took its greatest toll on the IDF — a cumbersome, heavy and highly visible entity fighting flexible guerrilla forces hidden on territory with which the latter were familiar. Israel learned its lesson in the decade that has passed. Its reserves deployment has been rehabilitated and enlarged. Its training-exercise system has been improved and upgraded. A commando brigade was established, with one of its units (Egoz) taking part in the Cypriot maneuver. Sophisticated training sites were created, and regional alliances were struck. These allow the IDF to train repeatedly with foreign forces and on territory with physical features like those on which future battles may well be fought.

A significant shift has occurred in the IDF's perception in regard to fighting in a coalition of forces. Until recently, the Israeli army did not often conduct combat exercises with foreign forces, with the exception of the Americans. Israel focused on joint maneuvers with the US army, but no other countries. This has changed. The IDF’s operational view today does not negate, and perhaps even encourages, the creation of international coalitions and joint combat. The IDF of 2017 conducts maneuvers with the Greeks, the Cypriots and other armies while upgrading its inter-army cooperation abilities.

At this point in time, it is difficult to envision real fighting against real enemies in which additional forces would join those of the IDF. As people know in the Middle East, however, never say never. Against the backdrop of recent reports about feelers between Israel and Saudi Arabia on establishing economic relations and the half-secret alliance between Israel and the Sunni states, one must prepare for any possible scenario.

The commando unit maneuver in Cyprus was geared toward a possible future confrontation with Hezbollah, but not only that. The way things are developing on Israel's northern front, scenarios now appear possible that one could not have imagined only a few years ago. Under certain circumstances, it is possible that the IDF would need to maneuver in Syrian, not Lebanese, territory.

As strange as it might sound, maneuvers in Syria at this point in time would be totally different from what the IDF prepared itself for in the past. Since the Syrian army has disintegrated, and Syrian armored units no longer feature in significant numbers, the IDF's outlook on maneuvers has changed accordingly. This is the reason the light commando brigade was founded. The brigade moves about on helicopters, jeeps and other light forms of transport.

Israel does not preclude a future scenario involving a commando force maneuvering in Syria or in Lebanon to remove one kind of threat or another to Israeli national security. The days of maneuvers by armored divisions of hundreds of tanks have become obsolete. Now the territory belongs to those using fast, light and concealed forms of movement with the ability to deliver a powerful, unexpected blow with perfect timing to a precise location. That is, in essence, the story of the new Israeli commando brigade.

Still, the biggest threat currently facing Israel is not Syria, but Hezbollah’s arsenal of rockets and missiles. Despite the exhaustive training exercises being conducted with an eye on land maneuvers in Lebanon, the top Israeli conceptual hypothesis, backed by the current chief of staff, Lt. Gen. Gadi Eizenkot, does not view this as the most decisive element for winning a future skirmish. Eizenkot served as head of the Operations Directorate during the 2006 war. In post-factum analyses, Eizenkot felt that the war should have been halted after the first three days, during which Israel scored several important operational achievements as well as a hearts-and-minds victory. This, he felt, would have saved many lives and achieved a similar deterrence effect similar to what was gained after 33 days of warfare.

Nonetheless, Eizenkot is leading massive Israeli preparations geared toward the option of ground maneuvers. As far as we know at present, the chances that Israeli armored divisions will again invade southern Lebanon are not high. The next maneuver, if such takes place, will be much more rapid and flexible, a lot less armored and make much better use of the element of surprise. At least, that is what Israel hopes, and those are the skills that the IDF is developing toward a possible flare-up on the northern front. According to intelligence reports, the probability of such a flare-up is not high. Hezbollah is mired in Syria up to its neck, and Hezbollah Secretary-General Hassan Nasrallah has no desire to open a second front at the moment. In the Middle East, however, logic, intelligence assessments and probabilities are not absolute. Anything and everything can happen at any given moment. Israel hopes that this time, it will be prepared.