Stakes high for Kuwait as mediator in Qatar crisis

Kuwait has established its neutrality in the Qatari crisis, but it has a lot at stake. 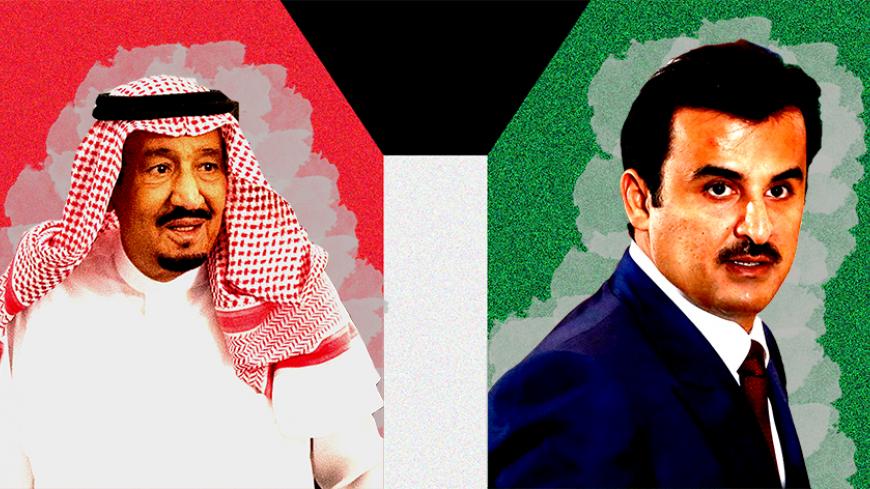 Kuwait has asserted itself as the key mediator amid the three-week-old Qatar crisis. Since three Gulf Cooperation Council (GCC) states — Bahrain, Saudi Arabia and the United Arab Emirates (UAE) — severed economic and diplomatic relations with Doha earlier this month, Kuwait (as well as Oman) has been committed to an impartial role in the rift, with Emir Sabah al-Ahmad al-Jaber Al Sabah quickly becoming a negotiator in the simmering row.

Kuwait’s “neutrality” in the GCC rift should come as no surprise given the country’s track record of seeking to bridge gaps between opposing sides in regional crises. Its efforts last year to resolve the Yemeni civil war by hosting several UN-sponsored meetings of leaders from warring factions highlighted the Arab Gulf state’s diplomatic approach to the Middle East’s raging conflicts, despite the talks proving futile.

Although successful mediation by Kuwait is not guaranteed when it comes to the Qatar crisis, there is a general consensus in the Middle East that Emir Sabah Al Ahmad is the leader in the region with the best chances of negotiating a swift resolution to the ongoing row. Across the region, Kuwait’s monarch is a respected mediator seen as wise given his longevity, his place in the GCC’s leadership order and his service as Kuwait’s foreign minister (1965-2003) and prime minister (2003-06).

In the early 1990s, Kuwait began seeing Iran as a bulwark against Iraqi aggression, and it has since maintained relatively normal relations with Tehran. Such ties with Iran position Kuwait to serve as a diplomatic bridge between Saudi Arabia and the other Sunni Arab states on one side and Tehran on the other. On Jan. 25, Kuwait played such a role when its foreign minister, Sheikh Sabah al-Khaled al-Ahmad Al Sabah, traveled to Tehran to deliver a letter from the emir to President Hassan Rouhani and Foreign Minister Mohammad Javad Zarif. The rare visit concluded with a Kuwaiti declaration on behalf of the GCC that Iran and the Arab Gulf states must work toward mending relations.

Ultimately, Kuwait maintains a careful balancing act when it comes to Iran. Pressure from Saudi Arabia and other GCC states limits its ability to deepen ties with Iran, as underscored by the events of early 2016 — Saudi Arabia's execution of a Shiite cleric and the subsequent storming of the Saudi Embassy in Tehran — that prompted Kuwait to recall its ambassador from Tehran in solidarity with Riyadh. The ambassador has yet to return although Kuwait and Iran maintain diplomatic relations.

Yet Kuwait’s domestic sectarian situation — Shiites constitute roughly one-third of the population and are loyal and supportive of the Al Sabahs — has prompted the government to avoid aligning too closely with Riyadh on certain regional issues divisive within Kuwaiti society. For example, to minimize the risk of sectarian temperatures rising at home, Kuwait’s military support for Bahrain’s ruling Al Khalifas amid unrest in the island sheikdom in 2011 was limited to deploying naval forces to Bahrain despite Salafist parliamentarians calling on it to join Saudi Arabia and the UAE in sending ground troops into Bahrain to counter Shiite protesters in the street.

Once the Qatar crisis erupted, Kuwait quickly declared its impartiality while also offering itself as a mediator in the row. The emir met with Saudi and Emirati officials in Jeddah and Dubai during June 6-7 before leaving for Doha to discuss the rift with Qatari leaders. As a mediator this month, the monarch of Kuwait has received support from a host of countries, including the United States, Oman, Morocco and Sudan.

Ultimately, it remains to be seen whether the emir’s mediating and negotiating will achieve a breakthrough in talks aimed at restoring the ties severed in the Qatari crisis. The 13 demands issued June 23 by Bahrain, Egypt, Saudi Arabia and the UAE for resolving the crisis and the prolonging of this row decrease the prospects for a swift resolution, leaving the emir with a major challenge in mediating the rift as a “neutral” leader. It is difficult to imagine Doha accepting its adversaries' list of demands.

Difficulties aside, Kuwait has vested interests in resolving the Qatar crisis. Determined to maintain good relations with Qatar as well as Saudi Arabia and its allies joining Riyadh in punishing Doha, Kuwait seeks to enhance its reputation in the region and across the world as an international arbitrator that contributes to the peaceful resolution of Middle Eastern conflicts.

Kuwait’s experience during the Iraqi occupation demonstrated how Kuwait’s failure to balance its geopolitical posture between the country’s larger and more powerful neighbors subjected the country to its gravest crisis since independence. Today, Kuwait is serving as a mediator in the region as noted above with the aim of cooling the tensions that threaten the country’s security and long-term interests. For Kuwait, the risks of the ongoing crises escalating pose a major threat that the Al Sabah royals would prefer to head off.

With the still-brewing Qatari crisis, the focus has been on the consequences for those on both sides of the conflict, but the stakes are also high for those in the middle, including the primary mediator: Kuwait. If Kuwait is successful, its status as an international arbitrator will likely be solidified. Yet if the emir’s efforts to mediate the GCC rift prove futile and the Qatari crisis drags on too long, Kuwait could find itself increasingly vulnerable to the new geopolitical fault lines pitting the Arab Gulf countries against one another. If the targeting of Doha by the Saudis, Bahrainis and Emiratis pushes Qatar closer to Iran, Kuwait may come under greater pressure from its GCC allies to surrender its neutrality and ultimately pick a side.

Jesse Schatz contributed to this report.