Egypt's Supreme Constitutional Court has struck down a restriction on launching newspapers, but a replacement law that parliament is considering is an unknown entity. 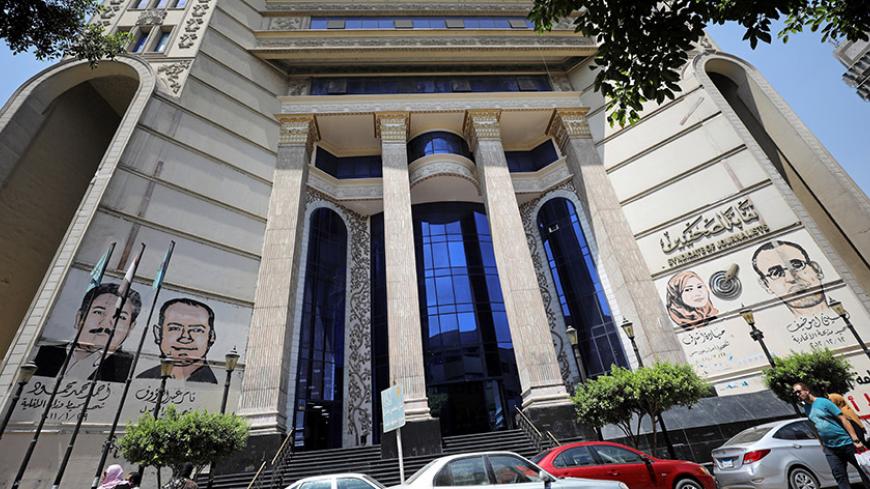 CAIRO — Numerous journalists and media figures believe freedom of the press in Egypt is being threatened as never before, but from time to time, hope still glimmers that what remains can be preserved.

Egypt’s Supreme Constitutional Court ruled June 3 that one article of a press "organizational law" passed in December is unconstitutional. The section restricts individuals from launching newspapers that aren't affiliated with a political party, news syndicate or association. Individuals must partner with a company, and the company's shareholders must be Egyptians.

The Egyptian Constitution, however, states, “Newspapers may be issued once notification is given as regulated by Law.”

“The [unconstitutional] article complicates the establishment of newspapers in Egypt compared to the ease of obtaining a newspaper license in other countries," lawyer Mahmoud Abdel Qader, founder of the Legal Awareness for Journalists Initiative, told Al-Monitor. He praised the court's ruling as an important step toward ensuring freedom of the press and facilitating the establishment of newspapers.

Abdel Qader explained, “This is why most owners of private newspapers sought to obtain foreign licenses, whose acquisition is linked to simple conditions and a small [amount of] capital, or to establish [news websites] instead of [newspapers], which are so far not subject to any legal conditions.”

Parliament has been working on a "unified press and media draft law." In a June 3 press statement, Makram Mohamed Ahmed, the head of the Supreme Media Council, said the constitutional court’s ruling must be respected and taken into account as the draft law is discussed.

If the bill passes, it will replace the existing law; in the meantime, that law remains in place minus the offending article, Mohamed Saad Abdel Hafiz — a member of the Egyptian Press Syndicate — told Al-Monitor. Hafiz pointed out that the draft law does not set crippling or arbitrary controls, but rather aims to guarantee the rights of journalists and the continuity of the media institution.

Egyptian Press Syndicate member Hatem Zakaria pointed out that until a new law is enacted, annulling the article doesn't abolish the remainder of the law's other conditions for establishing newspapers. Also, he noted that the unified press and media draft law itself might include several conditions. The draft could require, for example, that when a proposed newspaper submits the necessary notification, it would have to include an organizational chart, administrative and financial regulations, and social security guarantees.

Abdel Qader said establishing news websites has been an alternative solution because these media outlets are not subject to legislative restrictions in Egypt.

He added, “However, the absence of a legal framework governing the establishment of e-newspapers prevented news websites from defending themselves against the state decision on May 25 to block [public] access to 21 websites — including four Egyptian websites: Mada Masr, al-Mesryoon, Masr Al-Arabia and el-Shaab — accusing them of supporting terrorism.”

On May 28, the Daily News Egypt and El-Borsa were added to the list of blocked websites, followed by al-Badil and al-Bedaya on June 12.

One problem with the court's ruling, according to an informed source in the press syndicate, is that "anyone wishing to issue a newspaper now has to wait for the approval and entry into force of the unified press and media draft law," if it indeed passes.

The source, who preferred not to be named, said, “Although the [abrogated] condition to establish a partner company in order to obtain a newspaper license was arbitrary, the owners of blocked websites were able to meet this condition. Today, no one can establish a newspaper, since the abrogation of [the article] leads to a state of legislative vacuum until the new press law is passed and implemented.”

However, a source at Mada Masr website pointed out that when blocked websites started printing newspapers to get around restrictions, they were only applying a Band-Aid to the problem. The source, who spoke on condition of anonymity, told Al-Monitor, “Blocking websites is a repressive measure that contradicts the principles of freedom of expression guaranteed by the constitution." He added, "The state has also blocked news websites of licensed newspapers such as Al-Mesryoon, Daily News Egypt and el-Borsa. It would not be difficult for the regime to confiscate the printed copies of these newspapers also. The solution is not circumventing the new law by issuing hard copies, but rather defending the freedom of expression.”

Journalist Diaa Rashwan, the head of the State Information Service (SIS), maintained during an interview on the Ma Wara al-Hadath TV show — which aired May 29 on Extra News (a CBC channel) — that the decision to block websites doesn't contradict the constitution. Though the publishing of legally licensed newspapers cannot be suspended, news websites lack regulatory frameworks. “They can be blocked for security requirements,” he added.

Although many praised the constitutional court’s ruling, including lawyer Abdel Qader and Saad Abdel Hafiz of the journalists' syndicate, it appears the decision will not allow the blocked websites to issue printed newspapers in the foreseeable future and might also lead to new conditions in terms of proper notifications, which could simplify or complicate the process of issuing newspapers.