Kamal Amer, the head of the Egyptian parliament's National Defense and Security Committee speaks to Al-Monitor about the residency-for-deposits system in Egypt and explains Egypt’s official stance toward the Red Sea islands of Tiran and Sanafir. 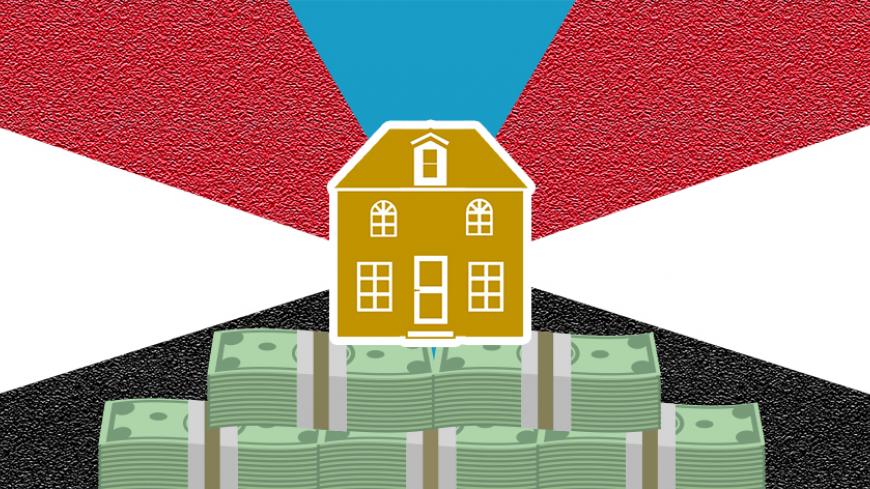 CAIRO — In an interview with Al-Monitor, Kamal Amer, the head of the Egyptian parliament's National Defense and Security Committee, said that the introduction of a system granting residency to foreigners in return for bank deposits in hard currency “is in line with the Egyptian national security regulations.” This system was introduced earlier this month through amendments to the law on the entry, residency and exit of foreigners and the Egyptian Nationality Law.

Amer stressed that any person or foreign national posing a threat to Egyptian national security will not be allowed to enter the country.

Under the residence-for-deposits law, foreigners apply for residency permits in return for depositing money in Egyptian banks in foreign currency. After five years of residency in Egypt, they can apply for citizenship.

Commenting on the maritime border demarcation agreement under which Egypt ceded the Red Sea islands of Tiran and Sanafir to Saudi Arabia, he said that not an inch will be taken unduly or ceded unrightly by Egypt, and explained that President Abdel Fattah al-Sisi is being very clear in this regard.

Al-Monitor:  The National Defense and Security Committee approved in early May a draft law amending the Egyptian Nationality Law and entitling non-Egyptians to apply for citizenship after living and investing in Egypt for five years. What’s your take on the draft law?

Amer:  The introduction of the new residency-for-deposits system — by amending Law No. 89 of 1960 on the entry, residency and exit of foreigners and the Egyptian Nationality Law No. 26 of 1975 — came in response to foreigners applying for residency permits in Egypt, which I am not against.

Al-Monitor:  What would be the implications of such a draft law? To what extent would it affect investments?

Amer:  There is a huge difference between the residency-for-deposits system, which grants residency to non-Egyptians in return for bank deposits, as stipulated in the draft law, and between the citizenship-by-investment system. The latter is designed to entitle [investors] to apply for citizenship in exchange for investments, whether through the purchase of particular assets or payment of specific amounts. There are other countries resorting to this system that focuses on foreign businessmen in some investment fields.

The residency-for-deposits system, which does not require foreigners to invest, entitles [non-Egyptian] residents living in Egypt for five years to apply for citizenship. This citizenship could be obtained depending on an assessment of the situation and whether or not the requirements for becoming an Egyptian citizen are met. This means that they may be denied the citizenship if they did not meet the requirements. The draft law encourages investments in Egypt and does not contradict the Egyptian national security regulations.

Amer:  Any person of a particular nationality posing a threat to Egyptian national security will not be allowed to enter the country. Following consultations in the presence of government representatives and other experts, the committee concluded that the draft law does not contradict Egypt's national security regulations. Rather, it would boost the Egyptian economy.

Al-Monitor:  Does the draft law exclude nationals of any particular country?

Al-Monitor:  Will the issue related to the islands of Tiran and Sanafir be resolved once and for all during the current parliament session?

Amer:  I am not vested to determine whether or not it will be raised in the current session. President Abdel Fattah al-Sisi convened a meeting in this regard, in the presence of all segments of the Egyptian people, and gave a statement that would be an introduction to a resolution of the issue. He said, "It is impossible for Egypt — a country of great history — to have the ambition of seizing even 1 inch of the other countries’ territories. In addition, no Egyptian has the ability to cede not even an inch of Egypt’s territory." This statement ends the controversy and it is up to parliament to decide.

Al-Monitor:  Was the agreement submitted to the parliamentary National Defense and Security Committee, as stipulated in the bylaws, in preparation for consideration in the General Assembly?

Amer:  No, it was not submitted [to the committee]. I would like to note that some malicious parties turned the issue into a controversy among the people. This is although, originally, it is about a maritime border demarcation between Egypt and Saudi Arabia, similar to the Taba village. Following the 1982 Israeli withdrawal, [Israel] tried to seize Taba with force, where the Egyptian flag flies over at present. The Egyptian government refused to cede Taba and managed after seven years to obtain an international court ruling in its favor.

Al-Monitor:  Do you expect the maritime border demarcation agreement to drag on for years?

Amer:  No, it is an unequivocal case. [Back in the day], Israel resorted to all sorts of tricks to seize Taba. We, for sure, are not going to do the same with our Saudi friends. The issue is crystal clear.

Al-Monitor:  Did the Egyptian president make the right decision of backing US President Donald Trump in countering terrorism in the Middle East? Are there any bilateral measures in this regard?

Amer:  Sisi is God’s gift to Egypt. He has the experience on all levels, and we need to be confident that his actions would serve the Egyptian interests. This decision — as well as others — are in the advantage of Egypt. I support his countering terrorism efforts on a larger scale via a unified global force against terrorism, in cooperation with the United States. Sisi has not announced any [bilateral] measures in this regard.

Al-Monitor:  Following its recent visit to prisons and police departments, parliamentary Committee on Human Rights demanded further allocations toward armament of the Interior Ministry. Do you support these demands in light of the government’s austerity measures?

Amer:  I am in favor of the Interior Ministry’s and armed forces’ budget increase, provided that this increase is purposeful and that it is in line with a determined plan focusing on better combat efficiency.