Expulsion of Iraqi forces has lessons for Iranians today

On the anniversary of the liberation of a southwestern city from invading Iraqi forces, Iranian officials see lessons for today. 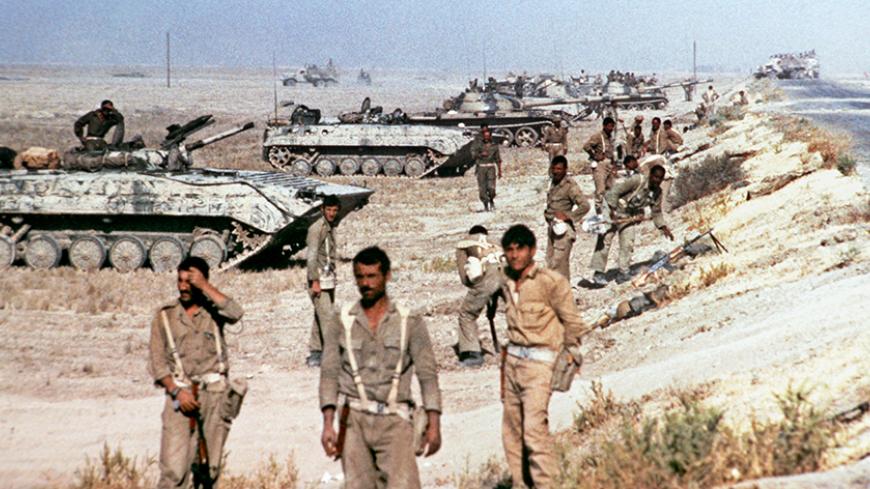 In the Iranian calendar, May 24 is the equivalent of the 3rd of Khordad. In popular lexicon, the 3rd of Khordad is used synonymously with the liberation of the southwestern port city of Khorramshahr from Iraqi forces. The invasion in October 1980 while the capital city of Tehran was in post-revolutionary turmoil shocked the nation. However, the liberation of the city located in the oil-rich Khuzestan province mobilized the country and created an ethos among leadership in which Iranian ingenuity would persevere despite the country's international isolation. Iranian officials, whether they prefer an economic system of self-sufficiency or want greater integration in the world economy, are keen to present this message to the public.

Khamenei recounted that during the war — which is often called the Sacred Defense or the Imposed War — nearly the entire world stood against Iran, including the United States, NATO, the Soviet Union and regional Arab countries. Khamenei encouraged those involved in the arts to keep alive the lessons learned from that era — particularly the lessons of having faith in God and self-reliance — and to impart the lessons to the younger generation, which has no recollection of the day.

During a Cabinet meeting, President Hassan Rouhani said that during the war both Eastern and Western countries had supplied Iraqi President Saddam Hussein with weapons and money. He called the war a “great global plot.” According to Rouhani, one lesson to be learned from Khorramshahr is that of the importance of “unity.” He said that Khorramshahr was liberated because the Islamic Revolutionary Guard Corps, the Basij and the military all worked together.

Other Cabinet members related the anniversary of Khorramshahr to specific recent geopolitical events. Rouhani’s Vice President Eshaq Jahangiri tweeted that the celebrations of the anniversary coincide this year with the country being in a state of happiness and hope, presumably over Rouhani’s re-election.

Foreign Minister Mohammad Javad Zarif tweeted a picture of a female fighter holding a rifle; the text read, “History review of the day: Saddam’s million-man army + $70 billion in Saudi petrodollars < resistance of Iranian women and men. #rememberkhoramshahr.” The tweet is a clear reference to the recent US-Saudi Arabia $110 billion arms deal and the anti-Iranian comments made by US and Saudi officials at the Riyadh summit that called for isolating Iran. It is also a nod to Iranians who fought the Iraqi army — many of them house to house — with various groups and citizens working alongside each other.