The draft law criminalizing public fatwas without a license in Egypt has started a discussion, with some arguing that it could lead to a further rise in radicalism and terrorism. 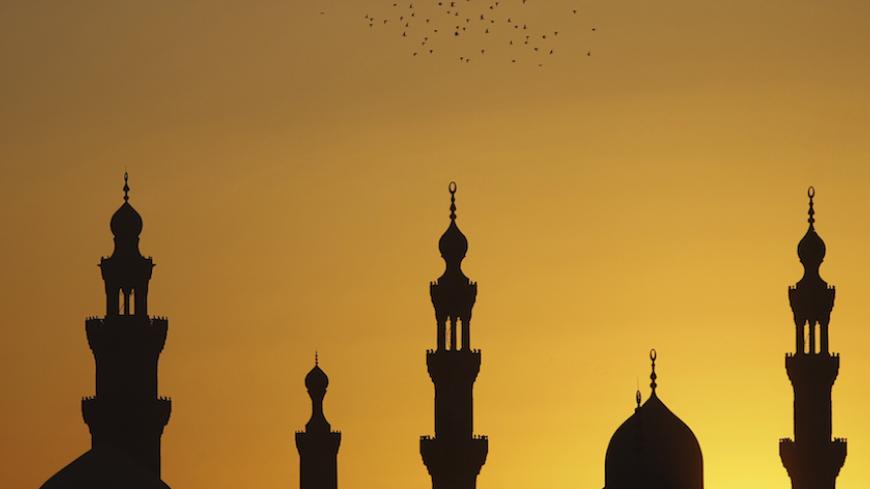 The Committee of Religious Affairs in Egypt's parliament approved May 4 a draft law criminalizing the release of public religious edicts without a license. The bill was approved in the presence of Grand Mufti Shawki Allam and Minister of Religious Endowments Mohamed Mokhtar Gomaa.

Under the bill, clerics who do not abide by the provisions of the bill would be subject to up to six months in jail or face a fine up to 5,000 Egyptian pounds ($274), or both. It stipulates that if any cleric repeats this violation, the penalty would be both imprisonment and a fine of at least 10,000 pounds.

The bill would restrict the issuance of public edicts or fatwas to clerics and researchers affiliated with only four entities: Al-Azhar, the Ministry of Religious Endowments, Dar al-Ifta (official entity charged with issuing edicts) and Majma al-Buhuth al-Islamiya (Islamic Research Academy). Clerics should get permission from one of these entities before issuing any public fatwa on TV.

According to the bill, preachers and professors of Al-Azhar University could perform their tasks of preaching to people without being obliged to get permission, since preaching is not considered a public fatwa. But if they wanted to issue a certain public fatwa, they should first obtain a license from one of the four entities.

This step came as part of Al-Azhar's efforts to reform religious discourse and curb the torrent of the so-called fatwa chaos that flooded media outlets, inciting extremism and fanatical thinking. The draft law was approved one day before Al-Azhar University President Ahmed Hosni labeled Islamic researcher Islam al-Beheiry an apostate. Hosni apologized and resigned May 5.

"A fatwa is a huge responsibility and it has certain requirements, no question. The issuance of a fatwa should be exclusively limited to specialists since these edicts may lead to crucial consequences. I highly welcome this bill," parliament member Amna Nosseir told Al-Monitor.

Nosseir, who is a professor at Al-Azhar University, said that the Islamic State used certain extremist fatwas as an influential tool to commit multiple heinous crimes under the cloak of Islam. "This is a striking example of the destructive effect of random fatwas that proliferated recently. Clerics and the public should not be worried; this bill purely aims to regulate the release of fatwas not undermine freedom of expression," she said.

Sabri Ebada, an adviser to Gomaa, lauded the bill, saying the legal framework will help tighten Al-Azhar's grip over extremist ideologies that misinterpret the Quran and the Prophet Muhammad's teachings.

He told Al-Monitor, "We have waited so long for this step. When public fatwas are issued by certain official institutions, we will be able to punish them in case of issuing radical edicts. These entities will be responsible and accountable as well."

The Religious Endowments official explained the meaning of public fatwa mentioned in the bill. According to Ebada, public fatwas deal with state affairs and public interest. They do not tackle personal issues and, therefore are more far-reaching. He said, "Since public fatwas relate to the whole state, they should be issued by institutions and not an individual, as that may lead to catastrophes."

TV channels, Ebada added, have been filled with many sectarian fatwas issued by unauthorized clerics showing up on these channels. "For instance, some extremist clerics prohibit congratulating Christians on their holidays. Such edicts stir public controversy and harm society," he said.

Conversely, the bill was sharply criticized, especially by Salafists who claimed it seeks to limit freedom of speech and put an end to ijtihad (independent reasoning).

Waleed Ismail, a leading Salafi figure, said the introduction of the penalty of imprisonment will enhance terrorism instead of reducing it. "We have to admit that Salafi scholars have many followers, as Al-Azhar has its followers. Each person listens to the fatwa coming from his favorite imam. The key problem is that all terror attacks are [unfairly] linked to Salafists," Ismail told Al-Monitor.

Ismail, meanwhile, agreed that critical fatwas should be issued by a single entity, but he criticizes the approach used by Al-Azhar. "The country seeks to promote unified fatwas and I agree with that. But instead of shutting up those who have different views, as this bill will do, Al-Azhar should encourage enhanced dialogue. Dialogue and not imprisonment is the only solution," Ismail said.

He said this step would give further rise to radicalism and terrorism. "When you say those who issue unauthorized edicts will be sentenced to jail, extremists will believe the country is combating religion and therefore they will justify bloodshed," he noted.

Ismail added that not all Salafists are extremists, stressing they are part of the Egyptian society just like other citizens. "There are many rational Salafists who love this country and the officials should make the best use of them instead of excluding them. This bill eliminates freedom of opinion and counters reason," Ismail concluced.

Ebada said claiming the bill is combating reason or undermining the freedom of those who have different opinions is an exaggeration. "It just regulates the process of issuing edicts. Any cleric or scholar who has a different edict can submit his research to the four entities mentioned in the bill for discussion, and he can freely express his points of view. If the entities are convinced, he will get a license," Ebada said.

Nosseir also said the bill's executive regulations would determine certain conditions and standards to regulate the issue. "This penalty should not be haphazardly applied since this may lead to adverse results. There should be clear rules regulating the enforcement of this bill," she said.