The dispute between Egypt’s religious authority and the Ministry of Endowments has escalated over the ministry’s right to issue and challenge fatwas as stipulated in a new draft legislation. 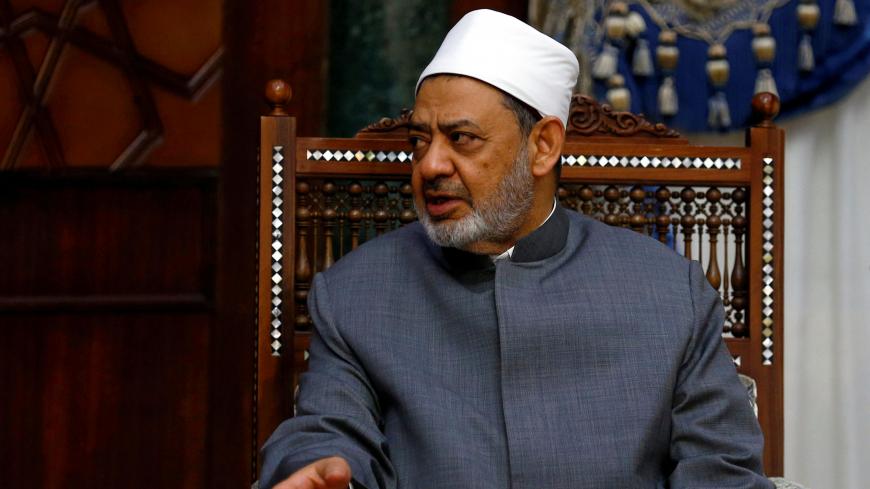 CAIRO — Despite vehement objections from Al-Azhar, Islam's top Sunni religious authority, an Egyptian parliamentary committee approved a draft law granting the Ministry of Religious Endowments' General Fatwa Department the right to issue fatwas, or religious decrees. Parliament's Religious Endowments Affairs Committee approved the bill July 3, and it will now go before the full parliament for a vote during the next session, which is expected to begin in October.

On June 27, Al-Azhar’s Council of Senior Scholars issued a report rejecting the proposal, saying members of the General Fatwa Department are not qualified to issue or challenge fatwas because they lack training in the intricacies of Islamic law. It concluded, "The ministry’s role is limited to the administration of endowments and mosques."

Al-Azhar suggested that the first article of the draft law should read: “Only Al-Azhar’s Council of Senior Scholars and Dar al-Ifta, or whoever is authorized by the aforementioned bodies, are eligible to challenge fatwas. Al-Azhar’s Council of Senior Scholars would have the final say in case of conflict between authorized bodies, in accordance with the procedures specified by the executive regulations of this law.”

Parliament member Amr Hamroush, who prepared the bill, told Al-Monitor that members of the Religious and Endowments Affairs Committee agreed to the second specification.

Before the Religious and Endowments Affairs Committee approved the draft law, issuing fatwas was not an organized process. Sometimes Salafists — members of a reformist branch of Sunni Islam — would issue their own fatwas. The Supreme Council for Media Regulation, in agreement with Al-Azhar and the Ministry of Endowments, had launched an initiative to regulate fatwa issuance and the media appearances of scholars issuing them. This effort led to the recently approved bill.

Parliament's Religious and Endowments Affairs Committee held a series of sessions attended by representatives of Al-Azhar and the Ministry of Endowments. Despite Al-Azhar’s refusal to include the ministry in the list of bodies authorized to issue fatwas, the draft law was approved.

The head of the religious department in the Ministry of Endowments, Sheikh Jaber Tayea, told Al-Monitor the General Fatwa Department has had the right to issue fatwas ever since it was established as part of the organizational structure of the ministry in 1988.

Tayea added, “We discussed the draft law within the parliament’s Religious Affairs Committee for nearly nine months. A representative of Al-Azhar attended the sessions and did not object the General Fatwa Department’s right to issue fatwas. After discussions were over, parliament submitted the draft law to Al-Azhar for another review. It was only then that Al-Azhar’s Council of Senior Scholars called for excluding the General Fatwa Department from the authorized bodies, without giving a clear reason.”

Al-Azhar Undersecretary Abbas Shouman said in a July 2 Facebook post, “The main conflict revolves around determining which body is authorized to issue fatwas and to publicize them on media outlets and social media. It is absolutely important to resolve this because no country in the world faces the chaos in issuing fatwas we do here [in Egypt]. In all other Islamic countries, there is only one body authorized to issue fatwas.”

The areas of religious expertise of Al-Azhar and the Ministry of Endowments are similar and sometimes overlap. This is why the process of issuing fatwas has always been controversial. Both parties have boards and forums for fatwas, and each institution insists on operating on its own.

Similar disputes between Al-Azhar and the Ministry of Endowments have occurred in the past. In July 2016, Al-Azhar objected to a decision by Minister of Endowments Muhammad Mokhtar Gomaa forcing imams to use the ministry’s pre-written sermons during Friday prayers.

The issue of fatwas is difficult to legislate on, since many mosques are not under the control of either Al-Azhar or the Ministry of Endowments and in light of the availability of social media and various preaching platforms. Thus, the process of issuing fatwas cannot be fully regulated.