The US defense secretary's visit to Israel is expected to strengthen an already solid relationship while making sure both parties are on the same page. 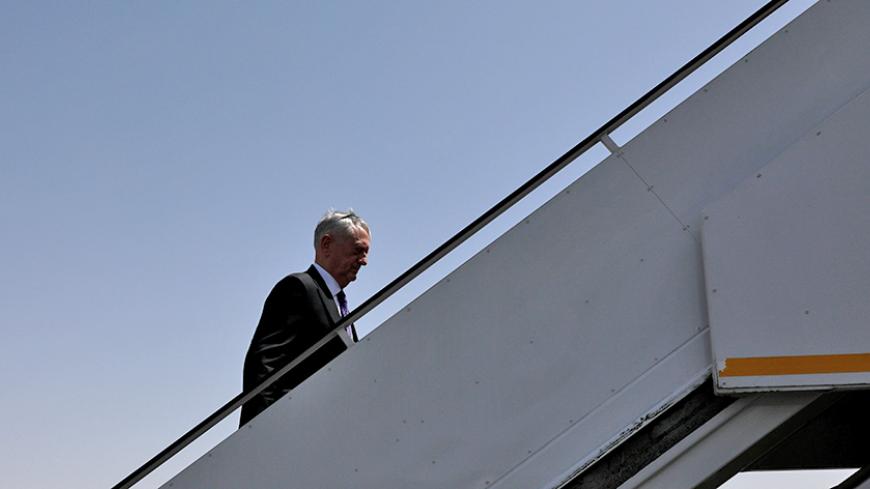 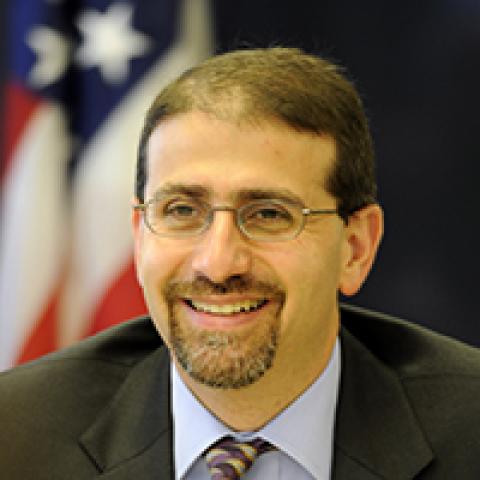 US Defense Secretary James Mattis has spent time in a lot of Middle East “garden spots.” The former chief of the US Central Command and retired four-star general who served in Iraq knows the region well and has no illusions about the challenges it presents for US interests. But his first official visit to Israel, set for April 21, will expose him to the Middle East partner with whom the United States enjoys perhaps its closest partnership.

Under President Barack Obama, US-Israeli security cooperation reached unprecedented heights, despite the sometimes prickly relationship between Obama and Israeli Prime Minister Benjamin Netanyahu. The extensive joint training between US and Israeli military forces, counterterrorism units and missile defense operators is at its apex. Intelligence cooperation, across every discipline of collection and analysis, is more constant, more sophisticated and more mutually beneficial than ever before. Joint technology programs have led to major advances in missile defense capabilities and are countering new threats, such as is occurring with tunnel detection technology. US assistance is rising to its highest levels ever with the $38 billion memorandum of understanding signed last year, which will enable Israel to fill out two full squadrons of F-35 aircraft and continue to upgrade other capabilities.

Against this backdrop, Mattis will receive an extremely warm reception, and much of the visit will represent continuity in the partnership. He will have opportunities to underscore the common American and Israeli approach on many issues. But no two countries have identical interests, or see even common challenges in precisely the same way. Clarity will be called for, at least in private, on other matters where Israeli expectations of the United States may exceed what Mattis can promise, and where he can offer useful reality checks.

On Syria, Mattis and his Israeli counterparts will find broad agreement. The US missile strike against Shayrat air base in retaliation for the chemical weapons attack on Idlib by President Bashar al-Assad's regime strongly welcomed in Israel, where it was seen as restoring a measure of US deterrence. Neither Israel nor the United States seeks further intervention to bring about the end of the Assad regime, and both have taken pains to maintain de-confliction channels with Russia and avoid Russian casualties.

Israel’s focus continues to be on ensuring that it can enforce its own red lines by retaliating against any attack across the Syrian-Israeli border as a means of deterring future attacks, interdicting weapons shipments to Lebanon’s Hezbollah through Syrian territory and preventing the establishment of an Iranian-Hezbollah base of operations in southern Syria. Mattis should have no difficulty providing support for these objectives, particularly as prospects have cooled for US-Russian cooperation in Syria, which once was the greatest potential source of US-Israeli divergence in Syria. And Israel can only cheer for the US-led coalition’s progress in rolling back Islamic State (IS) territory and preparations for an attack on Raqqa, even as Israel worries that Iran could be the beneficiary of the precipitous demise of IS.

Mattis’ previous stop on his tour, Egypt, underscores another area of US-Israeli convergence. Israelis view Egyptian President Abdel Fattah al-Sisi as something just short of a miracle — the first secular/nationalist leader since the Iranian Revolution to roll back the gains of Islamist rivals. Israeli leaders credit Sisi with the first serious Egyptian campaign to defeat IS in the Sinai Peninsula and to curtail weapons smuggling via tunnels into the Gaza Strip. They were frustrated by the Obama administration’s suspension of certain military assistance programs, its public complaints about Egyptian governance and its cold shoulder to Sisi. But President Donald Trump welcomed Sisi warmly in the Oval Office April 3, and Mattis will undoubtedly receive the same type of greeting in Cairo. This will give the secretary additional common ground to focus on with his Israeli hosts.

Ironically, the regional issue with which Mattis is most closely identified — Iran — and on which Israelis most appreciate him, is not an automatic area of convergence. His hawkish instincts toward Iran and his stated openness to increasing pressure to deter its regional provocations are consistent with Israeli attitudes. But Mattis has also made clear that for the foreseeable future, it is in the United States’ interest to uphold the Iran nuclear deal. The United States this week confirmed that Iran is in compliance with the deal, though Trump ordered a review of the pact based on Iran’s status as a “state sponsor of terror.” Strong enforcement of the Joint Comprehensive Plan of Action (JCPOA) can be expected, but if Israeli officials expect the tough-talking Mattis to present a plan to dismantle the JCPOA, Mattis may need to adjust their expectations. There is no indication that the Trump administration — with its hands full with North Korea and with the counter-IS campaign as its regional priority — has any near-term plan to consider military action against Iran’s nuclear program.

Lebanon poses another potential area where signals need to be checked. Hezbollah, long deterred by the damage Israel inflicted in the 2006 war and, more recently, distracted by its combat role in support of Assad in Syria, still is signaling renewed willingness to confront Israel directly. As tensions have risen, Israeli officials, citing evidence of increased coordination between Hezbollah and the Lebanese armed forces, have made clear that in the event of a conflict, the Israel Defense Forces (IDF) will make no distinction between Hezbollah and the Lebanese military. The United States has for years maintained a small but significant assistance and training program for the Lebanese armed forces focused on building counterterrorism capabilities, which the Lebanese military has used effectively against IS elements and other extremist groups. Mattis may need to come to the defense of this program and its underlying goal, which is to ensure that there is some kind of alternative force to Hezbollah that can defend Lebanon’s interests and win the support of its citizens.

Mattis may further need to lay out what the US response would be if, in a conflict against Hezbollah, Israeli would attack other Lebanese national institutions and the Lebanese armed forces, especially in the face of civilian casualties. The tens of thousands of rockets and missiles at Hezbollah’s disposal, if used, would buy Israel plenty of US sympathy to respond. Iran’s clear sponsorship of Hezbollah would do the same. But just as Mattis cautioned the Saudis this week about civilian casualties in Yemen, even as he supported their campaign against the Iranian-sponsored Houthis, the US defense secretary may need to set Israeli expectations accordingly.

Mattis doesn’t carry the burden of trying to advance Middle East peace as part of his portfolio. That task, thus far, belongs to the White House, in the person of the president’s special adviser for negotiations, Jason Greenblatt. On two visits to the region and during numerous conversations in Washington with regional players, Greenblatt has tried to energize Israel’s preferred “outside-in” approach, drawing on Israel’s closer security alignment with the Sunni Arab Gulf states to draw them into a process that might include meetings and other forms of normalization with Israel.

Mattis has a long history of experience working with the Gulf states. He knows their abilities, their limitations and their politics, including how the Palestinian issue manifests itself with Gulf leaders. Mattis himself has raised eyebrows in Israel in the past by citing the stalemate between Israelis and Palestinians as a negative factor for US relationships with Arab states, and even a cause of insecurity for US troops in the region. He surely won’t lead with this issue, but given the chance, he could help Israeli leaders understand the opportunities for and limits of Arab participation in a regional diplomatic process and the impact Israeli actions — such as building West Bank settlements — have on the chances for success.

Even in moments of significant disagreement between the Netanyahu and Obama governments, strategic cooperation between the United States and Israel only deepened. With the Middle East as unstable, violent and unpredictable as ever, such security coordination between these allies takes on greater importance with each passing day; thus, it is fitting that the first Trump Cabinet official to visit Israel is the secretary of defense. Mattis’ visit can help advance successful joint training, technology and intelligence programs, ensure coordinated efforts to handle threats such as those in Syria and opportunities such as those with Egypt. He can prevent or remedy misplaced expectations on challenges such as Iran and Hezbollah and reinforce certain political realities that Israel must grapple with as it seeks to deepen its ties with Arab states. Mattis may be uniquely capable of advancing all those goals.