If Trump will meet with Kim, why not Rouhani?

The White House could signal to Saudi leader Mohammed bin Salman that the time has come to give diplomacy a chance to end the wars in Yemen and Syria. 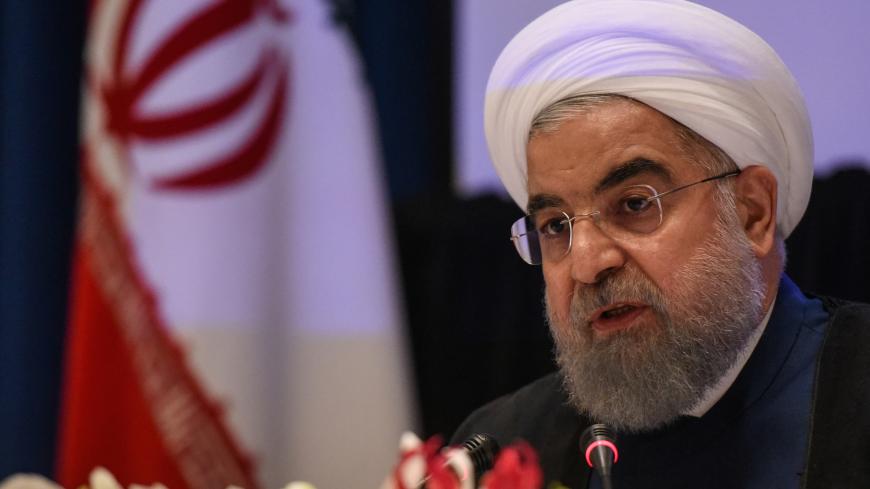 If US President Donald Trump is willing to meet with North Korean leader Kim Jong Un, perhaps Iranian President Hassan Rouhani could be next.

The notion of a Trump-Rouhani meeting at first seems a long shot. Trump has labeled Iran a “murderous regime” and the Joint Comprehensive Plan of Action (JCPOA) as a deeply flawed agreement to curtail Iran’s nuclear weapons program. But there is precedent. Trump, who has a flair for the dramatic, actually sought a meeting with Rouhani on the sidelines of the United Nations General Assembly in New York in September, via French President Emmanuel Macron, but the Iranian delegation turned down the request.

There is a question of what could be the model or standard for an agreement with North Korea that actually rolls back Pyongyang’s intercontinental ballistic missile (ICBM) and nuclear weapons programs, especially if the JCPOA is perceived as so deeply flawed by the Trump administration. CIA Director Mike Pompeo, who has been nominated to succeed Rex Tillerson as secretary of state, said March 11 that the United States will negotiate with North Korea from a “position of enormous strength,” in contrast with how the Obama administration handled the JCPOA, and that any agreement with North Korea would seek to avoid leaving North Korea with a nuclear weapons “breakout capacity,” as happened with Iran.

Unlike in the Iran nuclear negotiations, the United States would be seeking to compel North Korea to give up what it already has, which is a far more difficult ask than the JCPOA. Iran does not possess nuclear weapons or an intercontinental ballistic missile program. Kim, in contrast, has both, and has threatened the United States with nuclear attack. The US intelligence community has assessed that “Pyongyang is committed to developing a long-range, nuclear-armed missile that is capable of posing a direct threat to the United States.” Mark Fitzpatrick and Michael Elleman of the International Institute for Strategic Studies wrote earlier this month that “none of the missiles Iran has under development come close to being able to hit the United States. Nor can they reach much of Europe beyond its southeastern corner.”

Much diplomatic spadework is already underway on a range of issues where Washington and Tehran could begin to talk. There is an emerging consensus among the United States and its European allies that preventing Iran from developing an ICBM might be one of the issues on the table for a revised JCPOA.

With regard to the potential for escalation on the Israel-Syrian border, in this column last month we explained how the shuttle diplomacy of acting US Assistant Secretary of State David Satterfield between Israel and Lebanon over the Mediterranean gas exploration Block 9 opened a kind of back channel to Hezbollah, which everyone knows holds the Israel file in Beirut. “There can be no talk about Block 9 without discussing the Blue Line, the disputed border demarcation between Israel and Lebanon, which cannot be disentangled from the Syria question, which in turn is connected to the relationships between the United States, Israel and Iran,” we wrote. “The Satterfield mission and the prospects of a back channel to Hezbollah and Iran, via the Lebanese government, may provide an opening to de-escalating a potential conflict on Israel’s borders, while beginning the needed spadework for an eventual settlement of Israel-Lebanon border issues.” And Akiva Eldar explained earlier this month that Israel should build on these conversations for eventual direct talks with Iran.

A diplomatic track might facilitate the terms and timing of Hezbollah’s exit from Syria, as well its role in Lebanon. Just last week Lebanese President Michel Aoun said Hezbollah’s arms will be discussed following the May 6 elections. Aoun could not make such a statement without the nod from Hezbollah, so this is worth exploring. Back in 2013, three years before he became president, Aoun told Al-Monitor, “I think Iran was using Hezbollah to make pressure on Israel. When the problem is settled up, the Iranians don’t need Hezbollah anymore. Certainly they will have good relations — it doesn't harm us. We would like to have good relations with everybody. But as a normal choice, Iran — I don’t think they will spend enough money to maintain this force, because it is very expensive.”

Fifth, the JCPOA signatories — the United States, Iran, Russia, China, the United Kingdom, France, Germany and the European Union — could provide the context and venue for a meeting. The countries have held many meetings at the foreign minister level. This grouping could be reassembled to prepare for a Trump-Rouhani engagement, whether multilaterally or a one-on-one.

A good next step should involve straight talk this week from the Trump administration to Saudi Crown Prince Mohammed bin Salman during his visit to the United States. While the kingdom may be less inclined for any diplomatic offering to Iran, the prince may be looking for an out in Yemen, which has become a quagmire and a source of international criticism for a siege that has led to a cholera outbreak and widespread starvation and suffering.

Bruce Riedel writes, “The Saudi relationship with the Trump team is closer than with any president since George H.W. Bush and the liberation of Kuwait.” This has not been without controversy. Riedel says the prince's “anti-corruption drive in November was endorsed by US President Donald Trump but castigated in the Western media as a clumsy shakedown with little legitimacy. The whole affair is likely to produce more unseemly revelations. Human rights activists have noted that executions have doubled in the kingdom since Mohammed became crown prince. The long-promised opening of ARAMCO to foreign investment, the centerpiece of Vision 2030, is now put off to 2019.

Riedel continues, "As Al-Monitor has reported, opposition to US support for the war in Yemen is strengthening in the Senate. The Democrats who were reluctant to criticize the US posture when Barack Obama was in office are much less constrained now and more attentive to the humanitarian disaster the war has created. The Saudis have successfully blocked most media coverage of the war but even the White House has cautioned Riyadh to ease the blockade.”

An Al-Monitor correspondent writes, “While many might ask whether Tehran and Riyadh might one day head toward a win-win regional settlement, the outcome of the Yemeni war is proving day after day that both sides are not winning but are rather mired in a lose-lose situation that is draining the two regional powers in different arenas. Nonetheless, Saudi Arabia is the one paying more money and is directly involved in the war, while Iran’s main cost in Yemen is the additional international pressure for backing its Ansar Allah allies with weaponry and expertise without being directly involved in the fight.”

The point here is that a diplomatic track with Iran would and should not be a sellout of Israel and Saudi Arabia, as Jerusalem and Riyadh complained about the JCPOA. A Trump-Rouhani meeting would be an opportunity to press ahead on means to avoid an Israel-Iran-Hezbollah confrontation, and to allow Saudi Arabia an honorable exit from the nightmare in Yemen. These outcomes may be ambitious and not assured, but there is no chance absent US diplomatic leadership. The people of Yemen and Syria, who have suffered enough, might also cheer an American diplomatic offensive.