An Israeli major general has said that Gaza will face an imminent humanitarian crisis because of a shortage of diesel fuel that is needed to run its only power station. 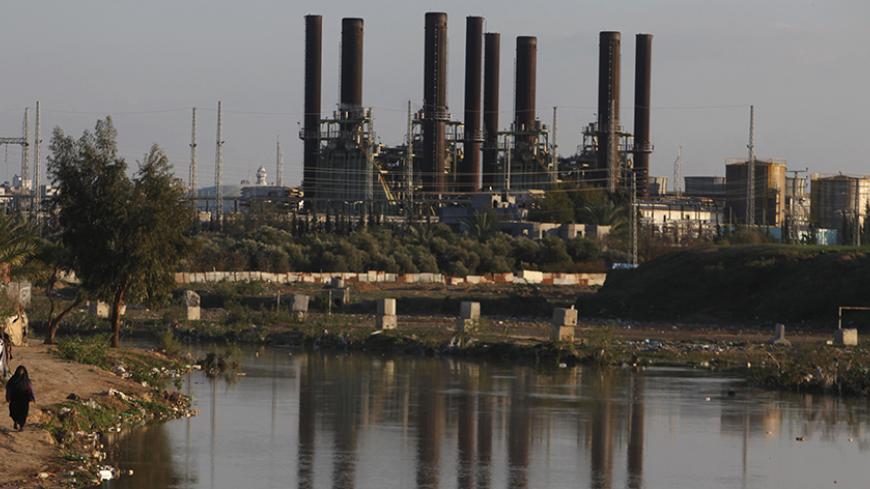 Coordinator of Government Activities in the Territories (COGAT) Maj. Gen. Yoav Mordechai is warning that the diesel fuel donated by Qatar to enable the operation of the Gaza Strip’s only power station will run out on April 14. According to Mordechai, the enclave is facing yet another power supply crisis, as electricity production was halted in January due to a dispute between the Hamas rulers of Gaza and the Palestinian Authority in the West Bank over which of them should pay for the fuel.

The Gaza power station supplies 30% of the electric consumption in the Strip. Sixty percent is provided by high-voltage power lines from Israel, and Egypt supplies an additional 10% to the southern portion of Gaza. When the power plant ground to a stop in January, residents had power for only three hours a day. The shortage brought thousands of angry demonstrators out into the streets. For the first time since Hamas took over the Gaza Strip they were not afraid to point an accusatory finger at Hamas, but the protest was crushed by the movement’s security forces. The crisis was temporarily resolved after Qatar pledged mid-January $12 million to the Palestinian Authority to pay for fuel and enable the resumption of power production — a donation that will only suffice until the end of the week.

The warning of a humanitarian crisis issued by the COGAT does not focus only on the power station issue. It also accuses Hamas of stealing electricity from its own people in order to dig attack tunnels and for other purposes that do not serve residents. Mordechai claimed, for example, that Hamas refuses to allow a power hookup at a water desalination plant in the town of Khan Yunis. The plant was recently built with the support of the UN’s children fund, UNICEF. In so doing Hamas is actually generating an additional humanitarian crisis in the Strip, which endangers the well-being of its residents, Mordechai said.

More than 96% of the groundwater from the Gaza aquifer is not fit for drinking due to contamination and salinity caused by decades of overpumping and depletion. Beginning in September 2016, Israel doubled its water supplies to Gaza from 10 million cubic meters (2.64 billion gallons) to 20 million cubic meters annually and promised to continue doing so until the construction of the desalination facility was completed. It is now furious that Hamas refuses to hook up the water plant in Khan Yunis.

Mordechai’s warning exposes the bind in which Israel finds itself regarding the humanitarian situation in Gaza. On the one hand, it wants to prove to the world that Hamas is a terror organization, which would rather beef up its armed wing than take care of the 1.8 million residents under its care. On the other hand, Israel will likely also be blamed for such a crisis in light of the blockade it has imposed on the Strip for the past decade in a bid to prevent Hamas from re-arming. A crisis could also result in armed confrontation between Israel and Hamas and the other Palestinian factions in the Strip.

UN Middle East Envoy Nikolay Mladenov expressed grave concern over an impending humanitarian crisis in Gaza. In an April 7 interview with the NRG news website, Mladenov explained that Hamas bears heavy responsibility for the civilians in Gaza and for providing them with electricity, water and security. But he, too, expressed doubts about the movement’s willingness to make the right decision of directing efforts toward the Gazans’ well-being or continuing its military buildup. “Hamas has to understand that the only way to avoid a humanitarian crisis is to assume responsibility and resolve Gaza’s problems,” the UN envoy said. In Israel, Mladenov is perceived as biased in favor of the Palestinians, and in September 2016 Defense Minister Avigdor Liberman even instructed his office to sever all ties with him.

Barring a dramatic change, a humanitarian crisis is only a matter of time. Despite the argument within Hamas between the military and political wings — a clash that Al-Monitor has covered extensively — Hamas will not give up its military buildup. It will always opt to develop missiles and dig military tunnels bordering Israel over channeling resources to bolster the economy of the Strip’s besieged residents. The movement’s leaders estimate that a humanitarian crisis threat will result in a last-minute mobilization by wealthy Arab states, such as Qatar or Saudi Arabia, Western donor states or the European Union and generate donations from the international community.

Indeed, Mordechai knows that his warnings will not generate an international move to topple Hamas from power. He uses his warnings to encourage external support that will prevent a crisis in the Strip. He, as well as Israel’s top political echelons in Jerusalem, understands full well that such a crisis will not serve Israel. The state cannot shirk responsibility for the civil administration of Gaza despite the withdrawal of its settlers and soldiers from the Strip in 2005 — especially not while it maintains a blockade of the territory.

According to Mordechai’s scenario, this coming Friday, Gaza may once again find itself in an almost total blackout. Residents will get three hours of power a day, and this time, too, stormy demonstrations will erupt, undermining stability there. And this is why the Israeli government must convene its Foreign Affairs and Defense Cabinet and adopt, for a change, a long-term policy that will lead to a comprehensive solution of the situation in Gaza.