Egypt's parliament is considering a bill to control the use of social media platforms such as Facebook in the name of fighting terrorism and tracking cybercrime. 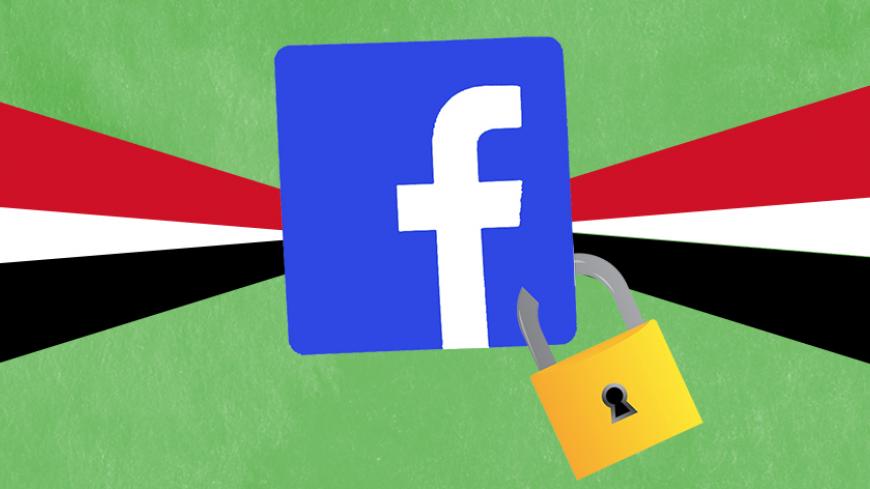 CAIRO — Egyptian parliamentarian Riyad Abdul Sattar proposed a bill on on April 18 to control usage of social media platforms like Facebook by linking account access to the user’s national ID number and charging registration fees, at least in its first draft. Parliament member Mohammad Komi went a step further on April 21, announcing he would submit another bill to establish an Egyptian version of Facebook.

The two bills aim to deter the usage of social media to criticize state figures like President Abdel Fattah al-Sisi and institutions like the judiciary and military, as well as to track users who support terrorism.

The bills set off a wave of sarcasm on social media, as Facebook is free to use and not owned by the Egyptian government. The government cannot impose a registration fee or force users to link their accounts to their national ID numbers. Many users objected to the idea of a monitored Egyptian social media platform, while others defended the bill, saying social media platforms threaten Egypt’s national security and must be brought under control.

Abdul Sattar, defending the move, told Al-Monitor, “People around the world have different cultures, and their freedom varies depending on their ability to bear responsibilities. A country like Egypt with a high illiteracy rate cannot be put on par with the US and Europe.”

According to statistics issued by the Central Agency for Public Mobilization and Statistics in September 2016, illiteracy rates in Egypt reached 29.7%, or 17 million people, in 2016.

Abdul Sattar noted that social media platforms create a security gap that individuals, groups and enemy states like Qatar and Turkey seep through to destabilize Egypt. Abdul Sattar said that the bill is needed to allow the state to control this loophole that is being used for killing and destruction as well as the humiliation of Egyptian women through defamatory videos and photos.

He added that the bill has gained enough support to advance to the parliament's legislative committee. On April 26, the parliament General Secretariat received the bill to be shown to Parliament Speaker Ali Abdel Aal, who called on members of parliament to discuss the bill and consult the concerned committees.

He explained the bill's procedure for creating a social media account: Users would have to fill out and submit an application form they obtain from the closest telecommunications center, entering their personal information such as name, address and profession, as well as the name of the organizational page, if one is being considered. The Ministry of Telecommunications will use this application to create a database and give each user a name and password to get through the firewall blocking Facebook. Individuals below 18 years of age will not be permitted to open a social media account under the bill.

He added that he proposed financial and custodial sanctions, including a fine of 5,000 Egyptian pounds ($250) for those who fail to obtain a license within six months of the law's passage. If those caught and fined continue to use the sites without a license, they risk a six-month prison sentence.

Abdul Sattar denied that registration fees would be imposed for social media websites. He said, “The Egyptian media outlets are spreading these lies, and they claimed that a registration fee of 200 pounds [$10] per month will be imposed. I suggested 10 pounds ($0.50) as application charge, which is equivalent to the administrative costs of processing applications and building a social media user database.”

Komi said April 21 that he would submit a bill to establish an Egyptian version of Facebook, with a different name. He told Al-Monitor that there are technical difficulties in implementing Abdul Sattar’s bill. He added, “I suggest an Egyptian Facebook-like website with Egyptian form and design. It would have a Pharaonic name and logo — ‘Egypt’s Horus,’ tentatively.”

Komi said, “I consulted Chief of Information Security at the Ministry of Telecommunications Walid Abdul Maqsoud on the mechanism of establishing an Egyptian Facebook that would require the national ID card to open an account. A trial version of the website was tested offline and proved successful. The cost of buying servers and building a user database is being estimated. Despite primary studies indicating that the cost is high, the revenues will be as high. The Chinese and Russian versions of Facebook attest to the success of this experiment.”

Komi claimed that the bill will be beneficial on several levels. Financially, it will bring in millions of dollars from advertising and enable Egypt to retain the profits Facebook makes off Egyptian users, which according to Komi amounts to $1,400 per minute. The bill will also have social advantages like helping the state understand the interests and desires of the youths, and security benefits like easily tracking all pages and punishing perpetrators of cybercrime.

He noted that one national ID number can be used to open only one personal account, and consequently there will be no fake, provocative or offensive accounts.

Islam Khaled, coordinator of an activist group called the Internet Revolution movement, which pressures internet service providers and the Egyptian government to provide convenient internet service and defends free internet usage, told Al-Monitor, “The two bills have put Egypt in a humiliating position, and countries around the world are having a field day criticizing Egypt. Facebook is not owned by the Egyptian state, which cannot control its services. The best the government can do is to ban the website in general. But hackers will definitely be able to break the ban. Besides, most youths will refuse to access an Egyptian version of Facebook that is monitored by security.”

He added that the National Telecom Regulatory Authority has a committee tasked with educating social media users that will reduce tensions by promoting the acceptance of different opinions.

The director of the National Center for Security and Strategic Studies, Brig. Gen. Khaled Akasha, told Al-Monitor, “The two bills are ridiculous and no security official in Egypt demanded banning social media websites or controlling their use. If they are banned, terrorist groups will find other means of communication out of the security services' sight.”

Akasha added that the security forces track the IP addresses of pages that incite violence.