With upcoming local and parliamentary elections in Iraq, three Shiite leaders are grappling for more control in the next government. 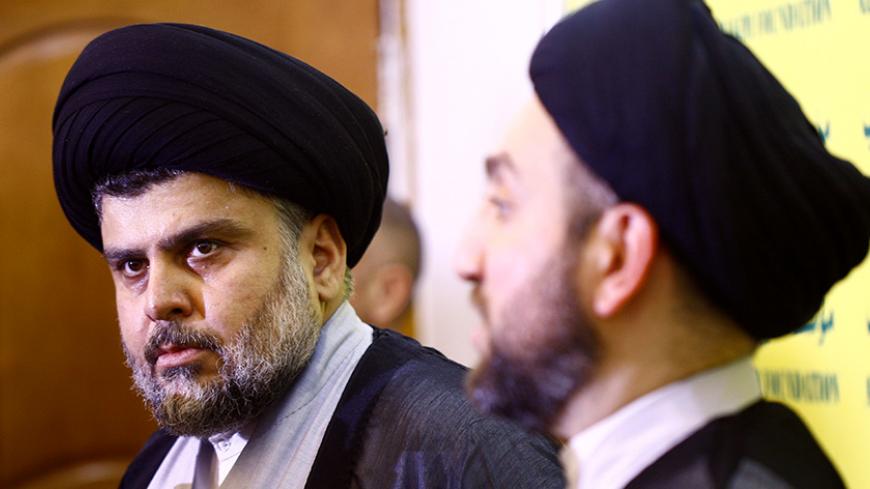 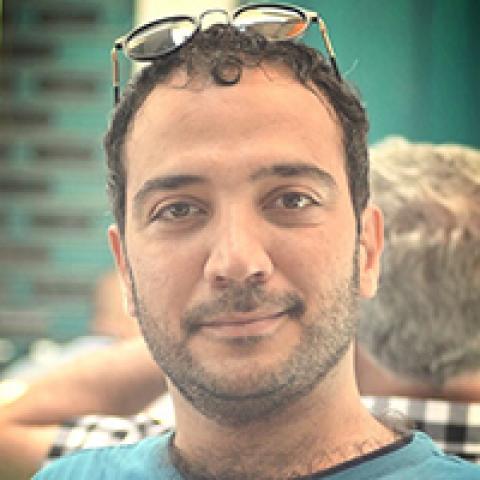 BAGHDAD — On Feb. 28, hundreds of pro-Sadrist university students in Kut attacked Iraqi Prime Minister Haider al-Abadi's procession with stones and water bottles. Abadi's security forces fired tear gas and live bullets at the protesters, injuring three. Subsequently, Sadrist leader Muqtada al-Sadr apologized to Abadi for the breaches. Though he called on his followers to stop the protests in Kut until further notice, he accused former Prime Minister Nouri al-Maliki of being behind the breaches to try to distort the Sadrist movement's image.

The incident reflects the intense competition among Iraq's Shiite leaders. There are currently three main Shiite figures competing for power: head of the Islamic Supreme Council Ammar al-Hakim, head of the State of Law Coalition Maliki, and Sadr himself. Each has his own plan to remain in power and remove the others or limit their influence.

On Feb. 20, Sadr announced a 29-point initiative: Initial Solutions — his vision for the future of Iraq once the Islamic State (IS) is forced out. Holding local primary elections was among the points. Sadr’s keenness on holding elections is likely to further deepen the Shiite split as the leaders fight for a majority position.

About a month ago, the Sadrist movement started calling for electoral reforms, seeking to reduce Maliki’s strong chances of winning the election as long as no radical changes are made to the electoral law and commission.

Sadr has often called for massive demonstrations, which have resulted in many deaths and injuries. Jasem al-Halafi, a leader in the civil movement allied with Sadrists who participated in the demonstrations, said the movement is calling upon the UN to supervise formation of a new electoral commission and a new electoral law with the cooperation of Iraqi experts. However, UN Envoy to Iraq Jan Kubis, who is in favor of the current electoral commission, responded negatively Feb. 13 to such demands.

Maliki is banking on his alliance with main groups within the Popular Mobilization Units (PMU) in the framework of the Shiite leadership competition.

The State of Law Coalition includes the Badr Organization, which is seen as the PMU’s main political and combat force. Hadi al-Amiri, the head of the organization, previously stated that Maliki founded the PMU, further cementing relations between the two parties.

It's also been reported that Maliki is close to some other main PMU components, namely the ones that are close to Iran.

However, there was no rapprochement between Maliki and the volunteer fighters affiliated with Ayatollah Ali Sistani, who answered the call of the fatwa for jihad after IS took control of Mosul in June 2014.

Perhaps the most critical point for the PMU now is to preserve the momentum of the popularity it gained after defeating IS, which would guarantee Maliki a wide electoral base, secure him a majority and block his opponents' calls for him to be held accountable for accusations of corruption and negligence in Mosul in 2014.

In light of this tense situation, Hakim drew up his own initiative, which he named the “Historical Settlement,” away from the other two Shiite leaderships.

The initiative is inspired by the classic discourse of the Islamic Supreme Council, led by Hakim himself, based on flexible political solutions that he believes could align some camps and secure him a place at the forefront of events. Some see Hakim’s initiative as merely an attempt not to lose his spot in a muscle-flexing parade.

Although his initiative is ambiguous at many levels, his strategy is based on lenient rhetoric and good relations abroad. Hakim's positive relations with neighboring countries are an extension of his predecessors' relations in the Islamic Council, since the days of the opposition to the former Iraqi regime. However, Hakim's traditional alliance with Iran did not prevent him from visiting Gulf countries whose policies are hostile toward Iran.

Hakim and Maliki are unable to rally the Iraqi public's support in political battles. Sadr is keen on stripping his two opponents of their strategic tools and adopting them. For example, it is true that Hakim’s initiative is aimed at reconciliation, but Sadr's is more comprehensive and has been welcomed by some Sunni leaders, such as Osama al-Nujaifi and Khamis al-Khanjar.

The reconciliation between Sadr and the predominately Shiite PMU leaders, when they appeared in a joint press conference in October 2016, helped bring Sadr closer to Maliki. The rapprochement with the PMU also helped Sadr build bridges, albeit in a limited way, with the pro-Iranian side, which has expressed reservations about Sadr’s latest moves.

However, Sadrists still lack the trust of other political components, which is needed to forge future alliances, especially in light of the escalatory positions of all parties since the storming of parliament incident. Therefore, the Sadrist movement has been making overtures to the Islamic Dawa Party and the Supreme Islamic Council, more than ever before.

The Sadrist movement still has a chance to make overtures to Ayad Allawi, a former Iraqi vice president and an interim prime minister, and some Sunni leaders. There could be other opportunities as well that haven't revealed themselves yet.

However, Maliki’s major influence in parliament and his success in sacking several ministers and the Sadrist-affiliated governor of Baghdad make it difficult for the Sadrist movement to advance its proposed legal changes.

In sum, there's no end in sight for the Shiite rivalry to determine the strongest leader in the Iraqi arena.