The release of Jordanian Ahmed Daqamseh, who served 20 years in prison for killing seven Israeli schoolgirls in 1997, has split the public despite the enduring strength of its animosity for Israel. 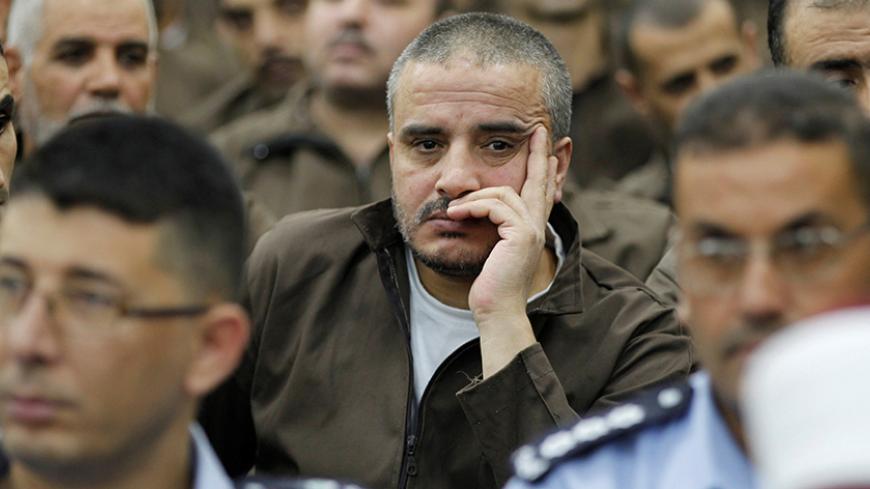 Reactions in Jordan are mixed over the release of Ahmed Daqamseh. Daqamseh, a former corporal in the Jordanian army, was convicted by a military court of murdering seven Israeli schoolgirls and wounding six others in the Island of Peace border area in the Jordan Valley in March 1997. He served a life sentence of 20 years under Jordanian law and was released March 12 to his family under tight security.

He was given a hero’s welcome at his village of Idbir in northern Jordan, where he told reporters — who were later barred from talking to him — not to “believe the lie of normalization with the Zionist entity” and “not to believe the lie of the two-state solution,” adding, “There is no state called Israel.” Despite his heated anti-Israel rhetoric, there are those who believe that he is being used by Islamist and other activists as a political pawn.

A number of parliamentarians hailed him as a hero, but there was no official comment from the government and news of his release received little coverage in mainstream media. Saleh al-Armouti, a leading Islamist Lower House deputy, told Al-Monitor, “Jordanians will never forget the massacres committed by Israelis who were never put on trial and are in fact in leadership positions.”

He went on, “Daqamseh was tried and served his sentence and he is now out as a hero. Israel remains an enemy and will always be viewed as an aggressor.” Armouti was referring to Israel’s military operations in Gaza between 2008 and 2014, the economic blockade in place on the Strip and almost daily confrontations between Palestinians and Israeli soldiers in the West Bank that often result in Palestinian casualties.

At the time of his trial, the motives for Daqamseh’s shooting rampage were unclear. He was reported to have told the court that he fired his weapon at the schoolgirls after they mocked him while he was praying. The court decided that he was mentally unstable and sentenced him to life in prison.

His release renewed public debate, and Jordanians took to social media, especially Facebook, to express their opinions. Some hailed him as hero but others stated that his crime was a disgrace to his military uniform and Jordanian values. But even those who attacked him were keen to underline their negative view of Israel, which they accused of killing Palestinians, especially women and children, and of usurping Palestinian rights.

The 1997 carnage was a major embarrassment for the Jordanian government and condemned by the late King Hussein, who flew to Israel to pay his condolences to the bereaved families.

But over the years, there were repeated calls by parliamentarians and Jordanian activists for Daqamseh’s release. In April 2013, the majority of Lower House deputies signed a petition calling on the government to release him. Those who rallied on his behalf cited their objection to the peace treaty with Israel and to any form of normalization with what they call “the Zionist entity.”

The online debate over Daqamseh emphasized the deep resentment that a majority of Jordanians feel toward Israel more than 22 years after Jordan and Israel signed a historic peace treaty. The public still views Israel as an enemy, and the powerful professional unions, which represent hundreds of thousands of doctors, engineers, teachers and journalists, have consistently objected to any kind of normalization between Jordan and Israel. Those accused of dealing with Israel risk losing their union memberships and even their jobs.

A number of polls conducted over the years have found that a majority of Jordanians have a negative view of Israel. One of them, commissioned by the Israel Project and published in February 2012, showed 94% negative opinions of Israel among Jordanians. The same survey found a slight majority, 52%, believe that Jordan should cancel the peace treaty.

Peace between Jordan and Israel has often been described as “cold” even as the two countries continue to quietly maintain high-level security coordination. Meetings between officials from the two governments are rare and are almost never reported on in the media. Israel’s crushing of the Palestinian intifada in 2000 and the siege of Yasser Arafat in Ramallah that followed, the wars on Gaza that killed thousands, the atrocities against Palestinians in the West Bank and near-daily provocations at Al-Aqsa Mosque have all contributed to Israel’s image as an enemy.

Jordan has a unique relationship to the Palestinian cause. In 1950, the West Bank became part of the Hashemite kingdom. Jordan received successive waves of Palestinians following the Arab-Israeli wars of 1948 and 1967, and today it hosts more than 2 million UN-registered Palestinian refugees. With almost 50% of the population hailing from historical Palestine, an overwhelming majority of Jordanians remain firmly attached to the principle of Palestinian statehood. While the government supports a two-state solution, Jordanians remain divided on the issue of recognizing Israel. Islamists and leftists — including socialists, Nasserites, Baathists and communists — reject the notion entirely.

In 2014, a Jordanian judge of Palestinian descent was gunned down by an Israeli soldier on the King Hussein Bridge as he was traveling from Amman to Nablus in the West Bank. The Jordanian public was indignant and the findings of a joint commission of inquiry into his murder have yet to be published.

Thousands of Jordanians took to the street last October to protest the signing of a $10 billion deal between the local electricity company and an American energy company responsible for developing Israel’s biggest offshore natural gas field. Still the government defended the unpopular agreement, and a divided parliament failed to open debate on the deal last week, referring the matter instead to its energy committee. A survey by a local TV station, Roya, in November 2016 found that 71% of Jordanians were in favor of raising the price of electricity in return for canceling the gas deal with Israel.

Despite the negative public sentiments, preserving the peace treaty with Israel goes deep into the heart of Jordan’s national security and abrogating it is not an option.

Despite public rejection of any dealings with Israel, the two governments have signed a number of agreements on bilateral trade, water, free trade zones, the environment, energy, aviation and transportation since 1994. In 2014, Jordan’s exports to Israel were worth $412 million, while imports were valued at $110 million, although more recent figures show a slowdown in bilateral trade.

While many newspaper commentators avoided writing about Daqamseh's release and its public impact, one columnist cautioned Israel against attempting to assassinate him. Mohammad Abu Rumman, wrote in Al-Ghad March 14, “The safety of Daqamseh is the biggest concern for the government now, knowing how the Israeli mentality works when it comes to perceived enemies.” He added, “These are particularly tense times for Jordanians and Palestinians and a possible Israeli attempt against Daqamseh will have wide-ranging political and security repercussions.”

Amer al-Sabaileh, the director of a Jordanian strategic think tank, believes Jordanians will never accept normalization with Israel and that the peace treaty “is a piece of paper between two political systems and not nations.” He told Al-Monitor that the Daqamseh case has revealed the level of Jordanians' animosity toward Israel. “The public reaction indicates that governments will never be able to convince people of the value of peace with Israel when it is committing atrocities every day,” he said.