Both the Palestinian and Jordanian governments took advantage of the Arab League Summit in Amman to present their cases for why they deserve more financial aid from the rich Gulf countries. 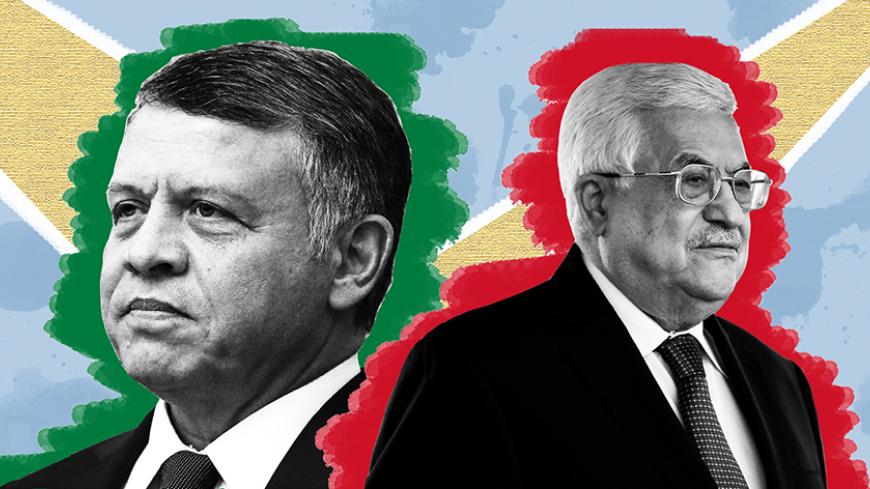 Jordan’s King Abdullah II was not the only one who paraded proudly among the heads of state who gathered on March 29 for the Arab League Summit on the Jordanian shores of the Dead Sea. Palestinian President Mahmoud Abbas also mingled with the guests as though he owned the place and was a quasi-official host. For him and for the senior Palestinian leadership, there could be no better place to gather the heads of the Arab world than Jordan, very close to the borders of the future Palestinian state — the issue that unites them all.

With their expectations turned toward Palestine, and the fact that both major powers — the United States and Russia — sent their envoys as observers, it was clear that none of the speakers at the conference would ignore the Palestinian-Israeli issue. For all of them it was a fitting opportunity and occasion: for the Palestinians, frustrated that their needs are being shoved to the margins, and for the Arab leaders who, as usual at such gatherings, prefer to underplay the significant issues dividing the Arab world and to coalesce around the Palestinian issue.

In 2016, Moroccan King Mohammed VI announced that he was canceling the summit, scheduled to take place in his country, so as not to portray false unity. This year, Abdullah wished to host the meeting for two reasons: to manifest the strong Arab backing in the face of threats by the Islamic State to undermine his kingdom and to bring up the issue of Jordan’s economic crisis (also linked to the Syrian war) to the Arab agenda. The crisis in Syria has almost brought about Jordan’s economic collapse — some 1.4 million Syrian refugees who fled the deadly fighting and found shelter in the neighboring kingdom.

Jordan is mired in one of the worst economic downturns it has ever known. Its public domestic and foreign debt has climbed to 93% of the gross domestic product, and its budget deficit last year reached $3 billion. This, even after the International Monetary Fund (IMF) provided it with a generous $723 million loan to avert its economic collapse. Unemployment in the kingdom has also reached alarming levels: some 29% (in 2014-15) in a country with limited assets and resources.

For the monarch, it was important to host leaders with deep pockets, such as Saudi Arabia’s King Salman bin Abdul-Aziz Al Saud and the heads of the wealthy Gulf states. Kuwait provides Jordan with aid but not on a continuous basis, while Qatar, the richest emirate in the region, is in no hurry to funnel funds to a kingdom that does not pander to the Muslim Brotherhood.

Did Abdullah get pledges of financial support during the summit? No details have emerged on this score. But a source in the Fatah movement who spoke to Al-Monitor on condition of anonymity admitted that behind the scenes of the debates and speeches, a fierce competition was taking place between Jordan and the Palestinian Authority (PA) to see which would mobilize more aid from the rich countries and emirates. There is no doubt that the warm and personal reception prepared for Salman, and the lavish private event held in his honor and attended by all the leaders, were intended to warm the heart of the moneyed monarch and get him to open his pockets and extricate the Jordanian kingdom from its difficulties.

Abdullah is not the only one in need of immediate economic aid. The Palestinians, too, were counting on this summit, on the borders of a future Palestine, to give them an advantage. “On the shores of the Dead Sea, close to [the Jordanian Red Sea port of] Aqaba but also to Jericho [under the jurisdiction of the PA in the West Bank] one can sense Palestine better than one can in Doha or Riyadh,” said the Palestinian source, whether seriously or half in jest. Between all the talks about the importance of pushing forward the peace process with Israel and the two states for two people solution, he said, one could also talk about practical matters vital for the continued survival of the PA.

The economic aid to the PA by member states of the European Union has dropped over the past year, and the Palestinians know they have to immediately find other sources of support to cover their burgeoning deficits.

Saudi Arabia, by the way, suspended its $20 million monthly assistance to the PA in 2016 for several months. Although the aid was recently renewed, Abbas is convinced that with additional effort and improved relations, new understandings could be reached with the Saudi monarch enabling broader aid to the PA. “Our mission is to ensure that the [Saudi] king doesn’t decide once again — for whatever reason — to stop the payments as he did last year,” the Palestinian source said. He does not know whether Abbas raised the economic issue directly with the Saudi king, but there is no doubt that some members of the Saudi delegation who accompanied the king to the summit received the message that the Palestinians wanted to convey — that the Saudis have a moral responsibility and pan-Arab diplomatic interest in keeping the PA intact and ensuing it can function in the face of tremendous difficulties.

“The very fact that all the Arab leaders raised the Palestinian issue as an acute and important matter proves that they know that keeping its institutions running is an Arab-wide interest,” the Palestinian source said.

According to the source, each time the issue of the PA’s financial difficulties and fear of its collapse arises, the Palestinians explain to the donor states that the PA is required to operate on the financial front in accordance with interim economic agreements signed with Israel, and these have de facto turned into permanent agreements even though they are no longer relevant.

In their final communique, all the Arab leaders expressed support for advancing the diplomatic process with Israel in accordance with a single principle — two states for two people within the 1967 borders. A subsidiary clause was appended to the statement at the request of the Palestinians, saying deadlines must be set for achieving an end to the conflict with Israel and for the establishment of a Palestinian state with East Jerusalem as its capital. It was clear to all the summit’s participants that the PA in its current framework cannot survive for long.