Saudi Arabia’s traditional pro-Palestinian positions are unlikely to be compromised even if some gestures are made to the Israelis and to the Trump administration. 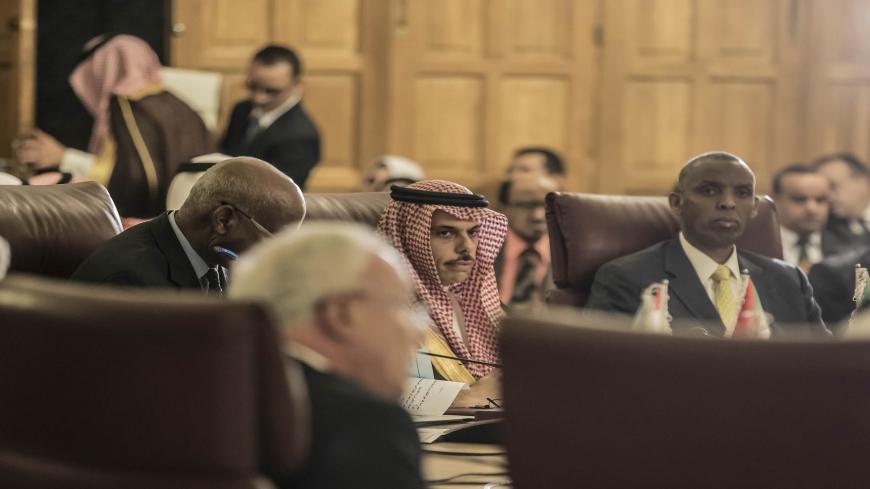 Five months separated the move of the US Embassy from Tel Aviv to Jerusalem in December 2017 and the convening of the Arab summit in the Saudi city of Dhahran in April 2018. The special relationship between US President Donald Trump and his son-in-law Jared Kushner on the one hand, and Saudi Crown Prince Mohammed bin Salman on the other were well known.

It was expected that the Saudi monarch who was hosting the summit would at best avoid the topic of the embassy move rather than support or oppose it. But instead, King Salman bin Abdul-Aziz Al Saud surprised Arab attendees and suggested changing the name of the summit from the Dhahran summit to the Jerusalem summit.

The king also announced a generous donation of $150 million to the Endowment Support Program in Jerusalem and $50 million to support the programs run by the United Nations Relief and Works Agency for Palestine Refugees in the Near East (UNRWA).

In his speech at the summit, Salman stressed that the Palestinian issue is “our first issue and will remain so,” expressing his condemnation of the decision of the US administration to transfer its embassy to Jerusalem.

Azzam al-Ahmad, a member of the PLO’s Executive Committee responsible for Arab affairs, expressed a similar reaction. Ahmad insists that the relationship is natural, telling Al-Monitor, “Our relationship with our brothers in Saudi Arabia is natural. There are no problems and we are happy with their political positioning regarding the Palestinian cause. President [Mahmoud] Abbas is in regular contact with both King Salman and Crown Prince Mohammed and we have no complaints about their commitment to Palestine.”

The real test to the relationship can best be seen in financial terms. While the Arab summit was a recent high point in financial terms, things soured for a year or so. However, in February 2019, the Saudis announced that they would resume their support and that they would transfer $60 million to the Palestinian Authority, which is the amount of support for three months, after being months late in sending previous aid payments.

This occurred at the same time that Qatar, a regional rival of the Saudis, was planning to make a major contribution to the Palestinians. Sure enough, in May 2019, Qatar decided to release a hefty grant of $480 million to assist the Palestinians in the Gaza Strip and the West Bank.

Since then, however, the Saudis again faltered in their previous commitments to the Palestinians.

Ahmad wouldn’t comment on the financial issue. When pushed to explain the sudden cut in Saudi support to Palestine, Ahmad said, “I am not following [up] on money issues. You would have to ask the minister of finance.”

Ahmad argued, however, that in the past they had exceeded their commitments. “Over the years Saudi Arabia has far exceeded the amount that they committed to at the Beirut summit [in 2002].” According to the pro-Saudi Al-Arabiya, “Between 2000 and 2018, Saudi Arabia has provided more than $6,473,586,361 in aid to the State of Palestine, of which about $250 million was allocated to [UNRWA].”

Abu Amr explained the stated reason for the cut in funding. “They were giving us financial support, but lately this has stopped. They said that the reason is the oil crisis. We thanked them by saying that we understand their circumstances but that we were hoping that all Arab support would continue as stipulated in commitments made by the Arab League. Arabs promised us a financial security net to help ensure Palestinian independence.”

In addition to the financial aspects, there were some worries that the leading Islamic country, home to the birth of Islam, would try and push the Jordanian Hashemites from their role as custodian of Jerusalem’s holy sites. The statement of the Saudi monarch was reflected in the summit’s final communique that supported Jordan “as the only body in charge of the administration, maintenance and access to Al-Aqsa Mosque.”

The Trump administration’s push for Arab countries to normalize relations with Israel as a means of helping both Trump and Israeli Prime Minister Benjamin Netanyahu, seems to have ended without claiming the big prize of Saudi Arabia.

The Saudis would not budge, but tried to deflect the pressure. The decision by Bahrain to follow the lead of the United Arab Emirates was seen as part of this deflection of US pressure. Bahrain is largely dependent on Saudi Arabia, as Saudi troops helped squash mass anti-government protests in 2011.

It is safe to say that Bahrain, a majority Shiite Muslim nation, would not have agreed to establish diplomatic relations with Israel without Saudi consent. Other pro-Israeli gestures by Saudi Arabia included the opening of the Saudi airspace to Israeli commercial flights.

For the time being and while Salman is still in power, Saudi Arabia’s traditional pro-Palestinian positions are unlikely to be compromised, even if some gestures are made to the Israelis and to the Trump administration. The Palestinians who have depended for years on Saudi support are not about to criticize Saudi Arabia.