New accounts detailing Iran’s decision to intervene in the Syrian war shed light on an important and previously unknown chapter of the conflict. 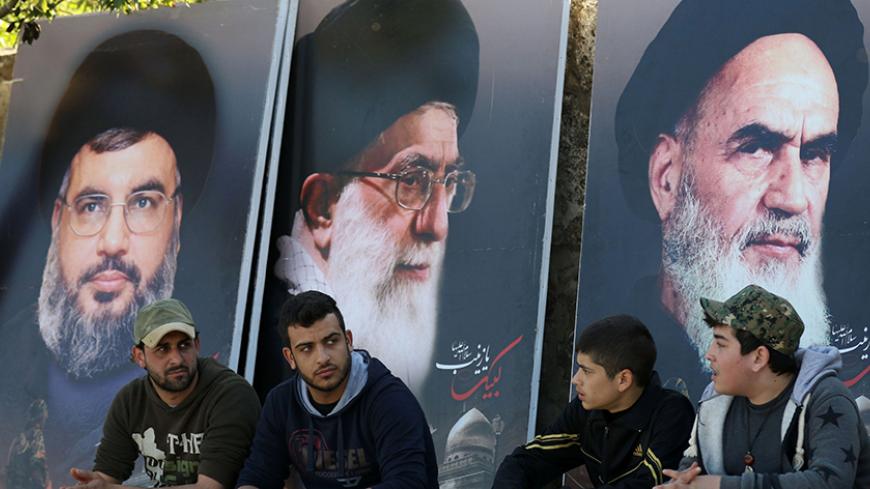 Six years into the crisis in Syria, Iran sees the outcome of the conflict as shaping the new Middle East. It was Iran’s first overt foreign intervention in decades, one that some Iranian ideologues have called a war for existence. Iranian officials say it spared the Islamic Republic from having to fight a similar war within its own borders. Yet it has been costly, draining and merciless in terms of material losses, and even worse when it comes to Iran’s image in the Muslim world. It has limited Iran’s options and has caused alliances — notwithstanding the common ground Iran shares with its partners — to seem very shaky and fragile.

“Iran learned a lot from these years,” an Iranian military source told Al-Monitor on condition of anonymity. The source said the conflict in Syria has not been a traditional war where things can easily be anticipated: “The mandate was changing from one day to another. When Iran decided to take part in the war via our military advisers, Syrian President Bashar al-Assad was on the verge of falling. More than 70% of the country was under [the control of] terrorist groups who were enjoying widespread international, regional states’ and popular support. Today, President Assad has the upper hand, and the world knows well that he’s the only choice for those who seriously want to defeat terrorism. Yet this is not the final phase.”

In Tehran, political and military elites believe enemies of the “resistance axis” created the crisis in Syria to take revenge for what Iranian elites see as the latter’s achievements and widespread popularity in the region. “It’s obvious that after the 33-day war in Lebanon and Hezbollah’s victory over Israel [in 2006], the Americans and their local agents started thinking of how to defeat us,” an Iranian official told Al-Monitor on condition of anonymity. The official said, “Since they can’t wage a war on Iran and their attempt to destroy Hezbollah failed, there was only one option at that time left — hitting the heart: Syria.” Therefore, according to the Iranian official, the Islamic Republic had no choice but to defend itself, and therefore, “Iran’s struggle in Syria is different from others: It’s an existential war with no choice for us but to win. All the other parties fighting in Syria can afford to win or lose, save Iran. Not winning this war will have dire consequences not only for Iran but for the Shiites of the world. Therefore, it was the Supreme Leader Ayatollah Ali Khamenei who took the decision to help Syria. It was both a religious and a political decision.”

The story of the Iranian decision to intervene in Syria has been a question for many, mainly with regard to how the decision was taken and whether a plan was in place from day one. Filling out the picture is the account of former Iranian member of parliament Esmail Kowsari — a former commander in the Islamic Revolutionary Guards Corps (IRGC) — who told the semi-official Fars News Agency in November 2013 how Hezbollah chief Hassan Nasrallah had gone to Ayatollah Khamenei with fears that Assad would be toppled. Kowsari said that Nasrallah, nine months after the Syrian war started, had concluded that the situation was bad and was almost over. Nasrallah was quoted as saying, "Along with some officials, we went to the [supreme] leader and told him our thoughts. After we finished speaking, he said: ‘No, that is not the case. We must just do our duty. If we do our duty, Assad and Syria will be stable.'”

The Iranian military source confirmed this account to Al-Monitor, adding, “When Nasrallah returned to Beirut, he met the [Hezbollah] Shura Council and told it about the [supreme] leader’s point of view; he asked them to prepare their plans. At the same time, Ayatollah Khamenei started meeting the leadership of the IRGC and asked it to put together their views and road map for how this conflict could end.” The Iranian source elaborated that Khamenei had two main concerns: preserving the weapons pipeline to Lebanon and keeping the holy shrines in Syria safe. The source said the two main leaders chosen to ensure that these objectives were met were Nasrallah and IRGC Quds Force commander Qasem Soleimani.

A third man with a key role to play was IRGC Gen. Hossein Hamedani, who was killed in Syria in October 2015. Hamedani’s role was essential in leading the forces on the ground. He left behind a full account of what happened on the way to Syria. The book, titled “Letters of the Fish,” focuses on Hamedani's life. He recalls surprise at his being asked to go to Syria and how he met with many figures and visited several areas. He said 75% of the country "was under the control of the terrorist groups.” He added, “After some time, I sent a detailed report to the supreme leader, asking him to allow me to return to Iran, given that the Syrians weren’t making use of our presence. The leader told Hajj Qasem [Soleimani]: ‘You shouldn’t leave and return! Syria is sick, but doesn’t know it is sick; this disease should be explained to Syrian politicians and statesmen.'”

Hamedani also sent a report to the leadership of the IRGC. That report was later read by Ayatollah Khamenei, who asked Hamedani to consult with Nasrallah, who — according to the book — was “in charge of all the policies of the resistance axis in Syria.” Hamedani had more than 100 proposals for steps to be implemented, along with five main suggestions on the political, economic, cultural, military and security fronts. Since Nasrallah was the man in charge of Syria, Hamedani and his aides went to meet him in Beirut, with the discussions lasting “from the evening prayer until the morning prayer.” The book says the Hezbollah chief saw no need for political, cultural and economic steps at that time, saying, “Bashar Assad and the Baath Party are drowning to their necks in a quagmire. Nothing is left until they completely drown.” Hamedani then quotes Nasrallah as saying, “On the cultural side, do you want to teach them how to pray? Set up classes and teach them? Discuss spirituality with them? The time isn’t right; they are drowning! On the economic side, you want to sew clothes for them? You want to give them food? Those people need no food; they are vanishing. On the political front, you want to discuss the correct structure for the regime and reform it? They are losing everything!” Nasrallah concluded, “First we have to get Bashar and the Syrian government outside the quagmire; then, we’ll clean them, give them clothes, feed them, ask them to study and do their prayers. Now is the time to get them out [of the quagmire], and this is the strategic move.”

Hamedani’s account along with other ones by various Iranian commanders tell a lot about the Syrian war and about how and why Iran is keen to fight to the last man standing. Today, just as when Iran decided to enter Syria, the Islamic Republic continues to believe that compromising Damascus is akin to giving up Tehran — and that whatever the price of the war, it will never exceed the cost of losing it.