Most Iranians support their government seeking an end to the war in Syria, but differ on whether to provide direct military support to President Bashar Al-Assad's regime. 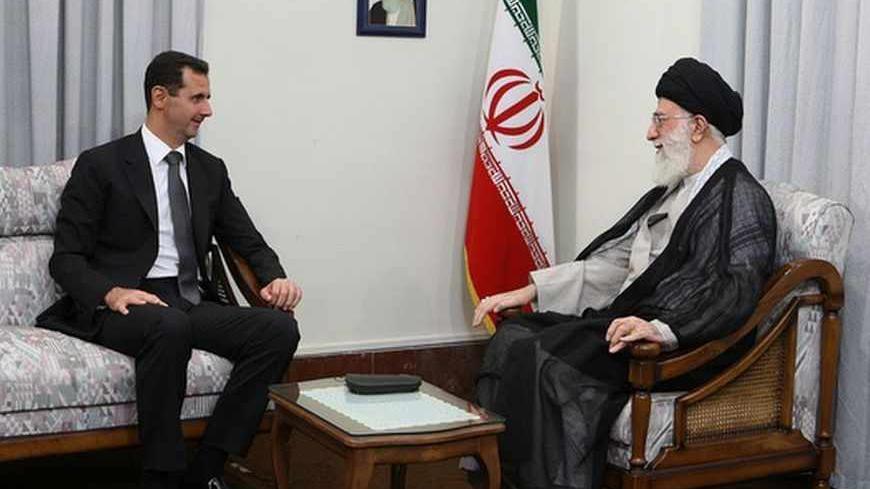 TEHRAN, Iran — Following the evening prayer in a prominent mosque in southeast Tehran, one day after Eid al-Fitr — the day that marks the end of Ramadan — the prayer leader of the mosque begrudgingly agreed to speak to me about his opinion regarding Iran’s role in the bloody Syrian war.

“Look, I don’t know what you are after," said the cleric. "We are standing on one side, and on the other side there is Satan. First of all, from the beginning, the [Supreme] Leader stated that the Syrian conflict is a ‘diversion.’ He is the guardian of the Muslim world. Did you see how his prediction came true? These animals who say we want democracy, backed by America and Britain, are the same people that ate the heart [of a Syrian soldier]. Did you see that the [Supreme] Leader and the regime’s words were true? If you have eyes, you have seen it. We will do anything to defend the Syrian people against such animals.”

The words of this conservative cleric were uttered four days after Javan, a newspaper close to the Islamic Revolutionary Guard Corps (IRGC), published a dramatic report about the killing of three IRGC members in Damascus. The report stated that the three individuals had left Iran voluntarily in order to defend the shrine of Zaynab bint Ali, the daughter of the first Shia Imam, Ali, and the granddaughter of the Prophet Muhammad. They were reportedly experts in military tanks. The three were killed in a missile strike on the evening of June 3.

I asked the Friday prayer leader about the extent to which the Iranian military forces have played a role in the massacres in Syria.

“Look," he said, "you don’t remember. Were you even born during the [Iran-Iraq] war? Then, Imam [Ayatollah Ruhollah] Khomeini and Iran were both isolated. The only country that backed us was Syria. God bless his soul, [former president] Hafez al-Assad went out of his way. I do not know about the detailed activities of the IRGC. They don’t report to me, but we have to defend ourselves with all our capacity. If Syria falls, we will, too. Israel will achieve its goal. All the imperialists have sent forces to Syria. It is clear we have to help.”

In the summer of 2011, in his first comment about the Syrian uprising, Supreme Leader Ayatollah Ali Khamenei acknowledged the situation as a “diversion.” The Islamic Republic has had a serious involvement in the Syrian war since sending its Quds Forces in. One year later, Major General Mohammad Ali Jafari, the commander of the IRGC, unequivocally confirmed the presence of Iranian troops in Syria. In a press conference on Sept. 15, 2012, Jafari announced, “We provide Syria with great levels of advice as our circle of resistance, which the supreme leader has pointed out as well. We are proud of our assistance and efforts.”

A Middle East analyst who works for a Reformist publication said to me, “I believe publicizing Iran’s military presence in Javan has two reasons. [Conservatives] want to let President Hassan Rouhani know that this is their position and let him know not to enforce any other diplomacy toward Syria. Another issue could be the Syrian prime minister’s trip to Tehran, during which he delivered an undisclosed message from [President Bashar] al-Assad to Khamenei.”

On Aug. 6, Wael al-Halqi, Syria's prime minister, met with Khamenei's senior advisor Ali Akbar Velayati and submitted a letter addressed to the supreme leader on behalf of Assad. The domestic semi-independent media — which generally self-censors — did not speculate much about this event, and the sites close to the government did not release any details about it.

“I believe Bashar al-Assad was extending his gratitude toward Khamenei. Let’s not forget that Assad was nearly done, but almost like a miracle revived himself again. In reality, it was Khamenei who revived him. For example, Hezbollah’s military presence in Qusair caused a heavy defeat to the opposition militias. Sheikh Hassan Nasrallah, ordered by Khamenei, entered the field, so Assad is indebted to Khamenei for saving his throne,” said the Reformist reporter.

For the past two years, the Iranian people have often discussed the Syrian crisis. However, due their recent preoccupation with the elections and high levels of domestic political activity, their focus has waned.

Mahmoud, a carpenter who builds upscale furniture, does not believe Iranian interference in Syria is unnecessary, saying, “I oppose military intervention, but the Islamic Republic is an important player in the region. However, we should use our diplomatic influence."

Many in Iran are hoping Hassan Rouhani and his nominatee for foreign minister — who would be the most liberal foreign minister in the past three decades — can find a diplomatic solution to the Syrian civil war, one that could aid the international community.

Forty-eight hours after his electoral victory against his conservative and radical opponents, Hassan Rouhani talked about his view on the Syrian crisis during a press conference. He stated, “The Syrian people are responsible for finding solutions to Syrian problems. The ultimate deciders are the Syrian people. The [problems of] Syria will be resolved based on the opinion and votes of the Syrian people. Civil war and foreign interventions should end.”

I met with a Green Movement activist at his home in west Tehran, where he said, “The IRGC and Khamenei are stuck in mud. They first encouraged Bashar to oppress his people, but now they cannot convince him to give his position to his deputy and finally resolve the situation. In my opinion, the IRGC and Khamenei welcome Rouhani’s role. Until the Geneva conference, the situation will remain the same. Rouhani has to showcase his abilities there.”

Ya Lesarat Imam Hussain weekly is probably the only publication more radical than Keyhan newspaper, which is believed to be the mouthpiece of Ayatollah Khamenei. This publication, seen as the organ of the Iranian Hezbollah militias, has explicitly advocated against a cease-fire in Syria by writing, “Hassan Rouhani cannot [promote a ceasefire], nor it is within his jurisdiction to do so.”

Brig. Gen. Yadollah Javani, the former Tehran IRGC commander who was responsible for oppressing the 2009 street protests and who is currently Ayatollah Khamenei’s advisor in the IRGC, expressed his opposition to a cease-fire in Syria to Ya Lesarat Imam Hussain, saying, “These days, we come across requests for a cease-fire in Syria. [This is] not a strategy for solving the Syrian crisis, but merely a tactic to stop the defeat of the rebels in the battlefield.”

Of course, there are more emotional views than General Javani’s opinion in Iran. Sohrab, an English translator who lives in one of the provinces neighboring the Caspian Sea, talked to Al-Monitor via Skype, saying, “I always ask myself if it’s even worth it that so many people in the 21st century get killed, displaced with their psyches disturbed, in order to gain freedom. I believe the Syrian people are victims of the policies of the other countries in the world. Their land has become a battleground for the neighboring countries and the West. The only thing that has been forgotten are the Syrian people and their rights.”

However, the Syrian issue is not considered a primary one for many Iranians. Many people, like Majid, a mixed-nut salesman in the Narmak neighborhood of northeast Tehran, said, “Who cares if there is going to be a cease-fire or not? We don’t have a piece of bread to eat, but we should worry about the Syrian people? Before this, we had to worry about Palestine and Lebanon. To hell with them all!”