Iran in crosshairs as Syrian war winds down

As a resolution to the Syrian conflict grows closer, it is becoming clear that Iran is increasingly in the crosshairs of the Damascus regime's opponents and their backers. 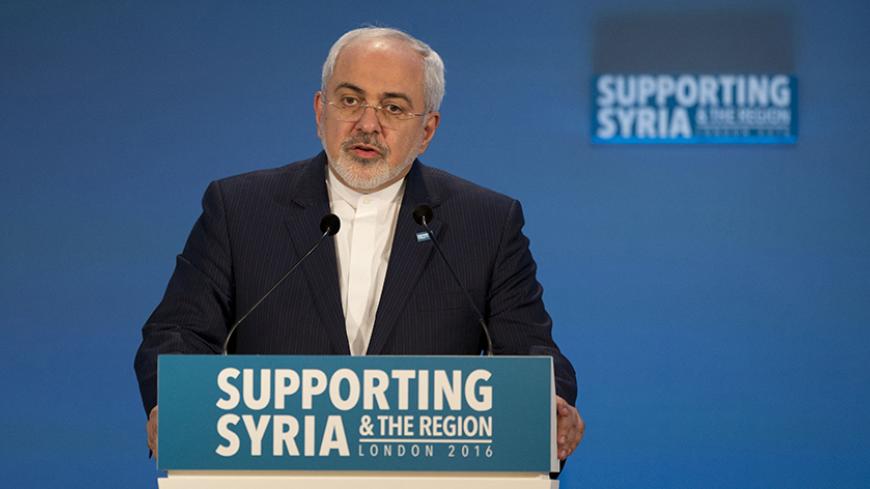 A new wave of violence seems to be shaking the fragile truce in Syria. On March 19, opposition groups launched a surprise attack on Damascus in apparent coordination with a separate offensive in the countryside of Hama province. The escalation was not solely aimed at the Syrian regime, but also at the two international de facto "caretakers" of the Syrian crisis, Russia and Turkey.

According to an Arab diplomatic source in Beirut who spoke to Al-Monitor on condition of anonymity, the aim of the opposition attacks has been to remind all the parties involved in the Syrian war that no one is totally in control. In this regard, the source said, “The US and the GCC [Gulf Cooperation Council] states were completely absent for the past 6 months, from the US [presidential] election until the Saudi deputy [crown prince and apparent] heir, Mohammad bin Salman, visited Washington. The visit was probably the turning point.”

The source indicated that Saudi Arabia and its Gulf allies in Syria wanted to hang back after the election of Donald Trump to see whether the new US president had a clear strategy with respect to the war-torn country. The diplomat told Al-Monitor, “Many thought that Saudi Arabia had given up on the Syrian issue and that Turkey is the opposition’s caretaker. This is not the case. It was only temporary, to unify the [anti-regime] stance, and for sure, now is the right time to say there’s a new strategy.”

This new Saudi-US strategy is most likely geared toward influencing the attempts by Russia and Turkey to reach a broader and lasting cease-fire and forge a new political path under Ankara and Moscow's auspices. For the opposition, the new strategy likely raises the prospect of causing complications. For President Bashar al-Assad's regime, it might not directly affect the talks. In Iran's case, however, the strategy will likely boost its military’s position, which sees greater significance in advances on the battlefield than at the negotiating table, given its experiences of the past few years.

An Iranian military source who spoke to Al-Monitor on condition of anonymity said, “We’ve been reading the whole landscape, and it’s clear to us that the backers of the terrorist groups want to give them some time to breathe and return stronger. They aren’t ready to talk, and they have differences among themselves.”

The Iranian source added, “The Russian ally has its own vision, which sometimes does not correspond with ours — especially when it comes to trusting countries and groups that have already been tried before and always failed the test.”

In this vein, Hossein Amir Abdollahian, a former Iranian deputy foreign minister for Arab and African affairs, accused opposition groups in Syria of exploiting the political talks led by Russia, Iran and Turkey and those in Geneva to empower their positions on the battlefield, pointing to the recent attacks in Damascus and Hama province. Abdollahian, now foreign policy adviser to Iranian parliament Speaker Ali Larijani, told Al-Monitor, “After changing their names, these groups went to the talks while their comrades are in the [battle]field committing crimes. Recognizing these groups and acquitting them [of their actions on the battlefield] will harm the path of the political solution.”

Rumors of disagreement between Iran and Russia over which strategy to pursue in Syria has been the subject of several reports during the past few months, even as the two countries appear to be moving ever closer. On March 27, Iranian President Hassan Rouhani arrived in Moscow for a two-day visit for meetings with Russian President Vladimir Putin and other senior officials.

Added to this equation, however, is Israeli pressure on Russia to try to limit Iran’s power and influence in Syria. On March 20, Chagain Tzuriel, the director general of Israel’s Intelligence Ministry, said, “There is a need for Russia and other powers to work to avoid the threat that Iran ends up with military, air and naval bases in Syria." Tzuriel’s call for Iran’s expulsion from Syria, along with the potential for a direct clash of interests between Iran and Russia, has been raising questions in Tehran about how the Syrian war might end, including who will emerge the primary victors.

For Iran, as noted March 16 in Al-Monitor, there is simply no option but to win the war. In this equation, there is no choice but to keep Assad in power. Russia, however, may define victory differently, with a focus on preserving the Syrian state rather than its figurehead.

As such, a Syrian official source who spoke to Al-Monitor on condition of anonymity noted that in dealing with Iran and Russia, Damascus is exerting a genuine effort to reach a compromise. He said, “Both are partners in the victory we are achieving against the terrorist organizations and the regional and international powers backing them. Yet each has [its own] objectives and visions. The Iranians are very skeptical with respect to the negotiations path, as they think the talks are being exploited to impose conditions that will target them. Meanwhile, the Russians believe that the [battle]field [situation] will have a minor impact on the final outcome of the war.”

In Iran, the conventional wisdom among those handling the Syrian file is that the major powers in the region and around the globe — the same powers that have been backing the opposition in the fight to topple Assad — have a clear objective: to force Iran and Hezbollah out of Syria. An Iranian official who shares this concern told Al-Monitor on condition of anonymity, “Israel and the United States are pressuring the main players to reach a compromise at any price, whereas if Iran loses its gains in Syria, the main arms route to Hezbollah will no longer exist. It’s all about the security of Israel.”