Can FSA get back on its feet after Russian intervention?

The Free Syrian Army has been demoralized by Russia's involvement in the Syrian civil war, as its influence has tipped the conflict in favor of the regime. 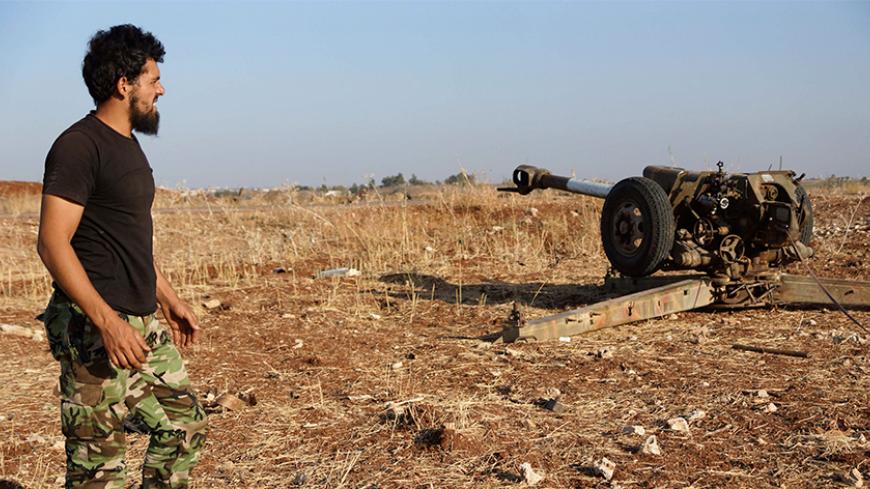 Nearly three months have passed since the Russian offensive in Syria began Sept. 30. The Russian intervention first targeted rebel strongholds in northern Syria and is now focusing on the Sheikh Maskin area in the south. Experts say the Free Syrian Army took the brunt of the onslaught.

According to a recent report by the Institute for the Study of War, Russia's involvement in the Syrian civil war has shifted the battlefield momentum in favor of President Bashar al-Assad. It reads, “In Aleppo province, the Islamic Revolutionary Guard Corps and associated proxy forces launched a multipronged offensive on Oct. 15 that has seized large swaths of rebel-held terrain in the southern countryside of Aleppo City.” According to the same report, pro-regime forces achieved tactical gains against the opposition in northeastern Latakia province. The FSA is currently present in northern Syria around Aleppo and Hama as well as in southern Syria.

The FSA is considered the biggest and most secular of the rebel groups currently fighting the Assad government. Its estimated 35,000 fighters are mostly defectors from the Syrian military, according to Syrian analyst Sinan Hatahet from the Istanbul-based think tank Omran Dirasat.

In an interview with Al-Monitor, Hatahet explained that the organization consists of about 27 larger factions, each comprised of an average of 1,000 fighters as well as some smaller units or localized militias, some as small as a few dozen militants. There are thousands of brigades of various sizes.

The Russian onslaught and diminishing support from the Military Operating Center in Jordan (a center allegedly staffed by Western, Gulf and Jordanian military advisers providing planning, funding and logistical support to rebels in southern Syria) is putting pressure on the fragmented organization, which is also plagued by low pay, desertions and corruption.

Speaking to Al-Monitor on condition of anonymity, a source within the southern front said that the fighters are demoralized by a diminishing flow of funds, adding, “We have had financial problems since Jordan stopped paying the salaries of fighters about four months ago. The front line was nearly dead until the newly launched offensive by the regime on Sheikh Maskin.”

He said the fighters' salaries typically vary between $100 to $150, depending on their capability. The fighter also complained of a lack of support by the organization for the families of those killed or wounded in battle.

Hatahet admitted that such problems can explain desertions from the FSA, adding that while there is no official data available, the problem has been plaguing the military organization since the early days of the revolution. Some fighters have left the FSA and joined Islamic, Salafist or jihadist groups such as Ahrar al-Sham or the Syrian al-Qaeda affiliate Jabhat al-Nusra.

Desertion from the FSA is more common in northern Syria, where Islamist groups dominate the military landscape. The appeal of such groups is generally attributed to the strength of Islamist rebels, whose organizations are generally better funded and have more weapons. Western countries have also been reluctant to support rebel groups, with the United States putting an end to its “train and equip” program in October because of fears that arms could fall into extremist hands.

In June 2014, the FSA high command was sacked over corruption allegations by the opposition government and the organization’s Supreme Military Council was disbanded.

Despite such problems, FSA Col. Abdel Jabar Okaidy told Al-Monitor that the fighters' morale is still strong overall, contrary to what the southern front fighter said. He explained, “We are fighting for a cause we believe in, in spite of Russian air support and the deployment of Iranian, Lebanese and Iraqi militias, the pro-regime forces' advance has been slow and insignificant.”

Hatahet explained that the regime’s shortage of manpower has left it, at least so far, unable to capitalize upon the substantial support provided by Russia and Iran.

While agreeing that for now morale remains high among FSA militants, Hatahet underlined that the group is being further isolated on the local scene by the current Russian strategy. Russia and the regime have worked on securing the Damascus suburbs by negotiating cease-fires, the latest ending with the Dec. 28 evacuation of rebels from the Zabadani area.

Another deal was made in southern Syria with Jabhat al-Nusra fighters, about 400 of whom are to be evacuated, according to the southern front fighter. He said that Jordan brokered the agreement and the fighters are expected to be evacuated to northern Syria.

Russia scored again with the Dec. 18 killing of Zahran Alloush, the head of rebel Salafist group Jaish al-Islam, the largest organization in the Damascus suburbs with 15,000 to 20,000 fighters. Hatahet said, “The Russian and Assad regime strategy is to impose cease-fires and evacuate areas close to Damascus and southern Syria. It wants to push rebels to the north of the country, which is of no real strategic importance.”

The fact that the Syrian Democratic Forces are increasingly taking over the fight against the Islamic State is another disadvantage for the FSA. The new US-backed alliance of rebel groups, which is also supported by Russia, only includes groups focused on fighting IS, such as Jaish Thuwar Raqqa and the Syriac Council, and is dominated by Kurdish forces that were reportedly assembled with US support. Russia has carried out strikes in support of the SDF. The forces have been advancing toward the key IS-held crossroads town of Shaddadi in southern Hasakah province and seized control over al-Hawl along the Syrian-Iraqi border on Nov. 13, as well as the Teshreen dam in western Syria.

“The SDF are basically taking areas that are of vital interest to the FSA. This falls within a Russian, Assad regime and SDF strategy to disconnect FSA from the IS front line, which would make them irrelevant in the eyes of the West,” Hatahet said. This loss would deprive the FSA of bargaining power in the next negotiations on Syria.

The UN Security Council unanimously approved Resolution 2254 on Dec. 18 endorsing an international road map for a Syrian peace process, in a rare show of unity among major powers. UN Syria envoy Staffan de Mistura plans to convene representatives of the Syrian government with the broadest possible spectrum of the Syrian opposition on Jan. 25 in Geneva.

The resolution was reached after US Secretary of State John Kerry and Russian Foreign Minister Sergey Lavrov brokered a peace plan to bring the Syrian government and all moderate rebel groups to the negotiating table. The plan cites a constitutional reform process lasting 18 months that would be followed by presidential elections.

“The situation is still tenable for the FSA, but if Russia pursues its current strategy in the next phase, the organization’s fighters will be demoralized and the balance of force will be detrimental to the rebellion unless its regional backers up the ante,” Hatahet concluded.

by Haitham EL-TABEI with AFP correspondents in the Middle East | AFP | May 17, 2022
END_OF_DOCUMENT_TOKEN_TO_BE_REPLACED