As is custom, Iran’s supreme leader and president have issued video messages on the occasion of the Iranian New Year, expressing a need for further focus on economic matters. 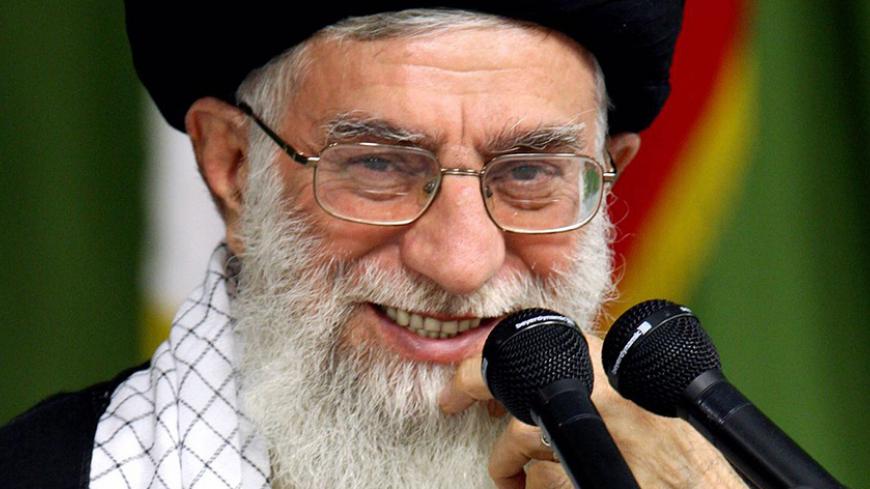 On March 20, Iranians bid farewell to 1395 on the Iranian calendar, celebrating the arrival of a new year. In keeping with tradition, Supreme Leader Ayatollah Ali Khamenei and President Hassan Rouhani have both issued video messages to mark the occasion of Nowruz.

In his video message, the supreme leader usually congratulates the Iranian people on Nowruz and "names" the new year, in a move to emphasize the broader policy priorities of the establishment. The video message is usually followed by a public speech in the holy city of Mashhad on the first day of the new Iranian year, which this year falls on March 21.

A year ago, Ayatollah Khamenei named 1395, the Iranian year that is about to end, “the Year of the Economy of Resistance: Action and Implementation,” and asked the government to help and support domestic producers instead of importing goods from other countries. In this vein, before the arrival of Nowruz, Rouhani announced that his government had been successful and victorious in implementing the “resistance economy,” which refers to a series of measures to make Iran more resilient and less sensitive to external shocks such as sanctions.

In this year’s Nowruz message, the supreme leader named 1396 the “Year of the Economy of Resistance: Production and Employment,” expressing hope that it will be “accompanied by security and welfare.”

Noting the economic difficulties ordinary Iranians are facing, Ayatollah Khamenei said: “The bitter and difficult events [of the previous year] were mostly related to the people’s economic and livelihood problems. The middle and lower classes of society were suffering from these problems, and they continue to do so in the present time. Because I am aware of the people’s condition, I feel bitterness with all my heart.”

The supreme leader continued, “This bitterness is related to economic matters and problems such as high prices, unemployment and social detriments — for example, discrimination and inequality, which mainly originate from economic matters.” He added, “I asked the honorable officials to establish a command center for action and implementation, and they did so. Good tasks were fortunately carried out, which was reported to us. However, there is a large gap between what has been carried out and what the people and we expect.”

Explaining the reasoning behind his naming of 1396, Ayatollah Khamenei said, “In my opinion, the cure lies in identifying this key sector correctly this year. I believe that this key sector is production — domestic production — and employment, mainly of our youth. These are the main and key sectors.”

Following the end of the supreme leader’s video message, Rouhani’s annual video message was broadcast on state television. “The year 1395 was the year of both implementing ‘Economy of Resistance Economy: Action and Implementation’ and the implementation of the nuclear agreement; these two had a positive role and effect for us,” he said, adding, “We were able to reclaim our rights and regain our position in the oil market with oil diplomacy and efforts of you engineers and workers.”

Rouhani then expressed hope for the new Iranian year to be a year of “progress and development” for Iran. He also said, “The new year will be the year of more employment for our youths. We need to carry out more efforts to compensate for the shortcomings.”

Mentioning his government’s positive economic performance, the president said, “We achieved an 8% economic growth rate for the first time after the 20-year outlook document announced by the supreme leader. ... What we achieved in the last year in harnessing inflation and achieving economic growth and employment was second to none in 25 years.”

Rouhani additionally promised that his Charter of Citizens’ Rights, which was unveiled in December, will be implemented in the country.

Noting the upcoming presidential and city council elections in May, the incumbent said, “In the new year, we have two important elections ahead of us. We all must try to have a more active role and presence. We must turn out in large numbers in healthy and legal elections.” Rouhani is widely expected to seek a second term. He has already been formally announced as the Reformist candidate in the elections.

Of note, other senior Iranian politicians, such as Foreign Minister Mohammad Javad Zarif, and the head of the Guardian Council, Ayatollah Ahmad Jannati, also published congratulatory messages on the occasion of Nowruz.