Small cracks have appeared in Turkey’s conservative ranks, but they are likely to have a big impact on the outcome of a crucial referendum expected in April. 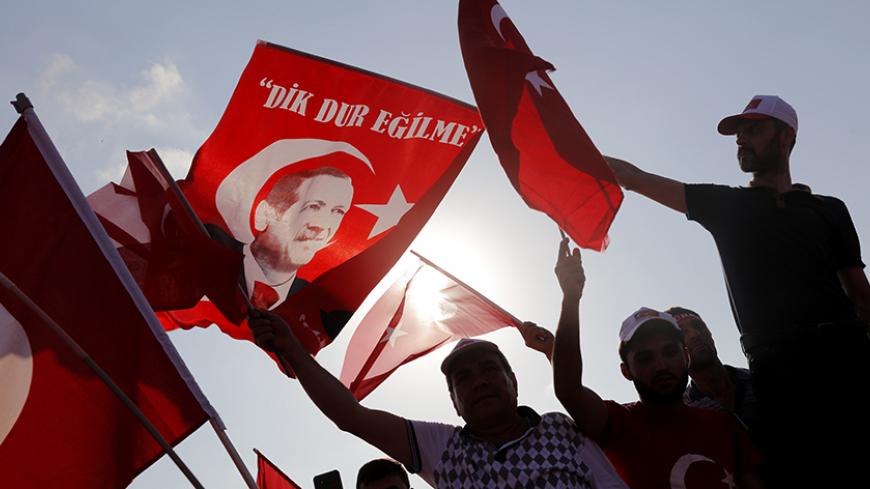 In the run-up to the critical referendum expected in April on a presidential system, Turkish voters appear divided along the usual electoral lines. Public opinion surveys by Metropoll suggest that 80% of Justice and Development Party (AKP) voters are poised to back the constitutional amendments to install a presidential regime, while 90% of supporters from the main opposition Republican People’s Party (CHP) and the Kurdish-dominated Peoples’ Democratic Party (HDP) are readying to vote “no.” There is, however, a new dynamic afoot creating a climate of uncertainty different from those during previous run-ups to elections.

Voters seem well aware of the momentous decision they face, and the atmosphere is somehow reminiscent of the June 2015 elections in which popular discontent came to the fore, breaking partisan voting patterns and stripping the AKP of its parliamentary majority for the first time since 2002. Today’s new dynamic flows essentially from Turkey’s conservative quarters, on which the ruling AKP and its partner in the constitutional changes, the Nationalist Movement Party (MHP), rely.

The possible shift to a presidential regime has triggered heated debates and even cracks in AKP and MHP ranks. While the two parties combined won 62% of the vote in the last general elections, in November 2015, only 43% of the electorate currently plans to vote “yes” in the looming referendum. Among AKP voters, 10% oppose a presidential system, while another 10% are undecided, according to pollsters from Konsensus. Given that this 20% segment of AKP voters constitutes 10% of the total electorate, popular support for the ruling party seems to have declined by 10 percentage points since November 2015, falling to about 40% — the proportion of the vote it got when it lost its parliamentary majority.

The mutiny in the MHP wing of the conservative camp appears to be even more serious, with some 65% of the party’s voters saying they will vote “no,” according to pollsters from Gezici. The hesitation on the right is also reflected in the relatively high percentage of undecided voters. According to the Metropoll's “Turkey’s Pulse: January 2017” survey, 10% of both AKP and MHP voters are undecided, compared to about 5% among CHP and HDP supporters.

The cracks and doubts among conservatives indicate that the executive presidency that President Recep Tayyip Erdogan so craves is not in the bag. A proven election-winning machine, Erdogan is in this case struggling to convince some of his supporters. What is fueling the hesitance among conservatives? Why are nationalists poised to overwhelmingly vote “no” despite Erdogan’s security-centered policies and “powerful Turkey” narrative being so in line with their aspirations? Three factors appear to be at play here.

The first is Erdogan himself. Political perceptions in Turkey today have become directly associated with Erdogan’s persona and ambitions. This is especially true in conservative quarters, where policies, visions, aspirations and fears all revolve around Erdogan, a standard indicator of the personalization of power and the authoritarian tilt that comes with it. This state of affairs is producing two opposing effects.

The first is the perception of the leader as guiding beacon, which reinforces the legitimacy of populism. Not surprisingly, 53% of AKP voters say they support the presidential system because they want to see Erdogan as an executive president, according to the Metropoll survey. On the other hand, this same prospect is the main driver behind the “no” vote among the MHP base, which many observers would expect to be in full ideological sync with the idea of powerful leadership. As many as 40% of MHP supporters say they will vote down the constitutional changes because they do not want Erdogan to become an executive president.

The second factor is an ethnic one, pertaining to the Kurds. The electorate in the mainly Kurdish southeast has traditionally consisted of two main groups — conservative and pious Kurds, and the secular, nationalist Kurds — although floating voters are not uncommon. In the November 2015 elections, roughly half of the region’s vote went to the HDP and the other half to the AKP. Today, a large segment of the Kurdish electorate appears likely to sit out the referendum, according to pollsters.

“We’ve found that one-third of Kurds are inclined to stay away from the ballot boxes,” Metropoll head Ozer Sencar told Al-Monitor. Two prominent opinion leaders from the region — academic Vahap Coskun and Mehmet Kaya, the former head of the Diyarbakir Chamber of Commerce — said they view the situation similarly.

This reluctant group consists mostly of conservative Kurds who previously had backed the AKP. Three major reasons are discernible for their current reluctance: the AKP’s alliance with the MHP, the voice of hard-core Turkish nationalism on the Kurdish question; the absence of measures to address Kurdish aspirations in the constitutional package; and the AKP’s policy of suppression in the southeast since the settlement process collapsed in 2015. In short, the Kurdish conflict has opened another crack in conservative ranks that could sway the referendum outcome if translated into political action.

The third factor is largely ideological. Ripples of political dissent and discontent have recently spread within the AKP base. In other words, a pocket of dissidents has emerged in the conservative camp. Their objections are not to Erdogan’s leadership, but to his leadership style — in particular, his personalization of power at the government and party levels and his increasingly authoritarian posture. The main issues of discontent include the sidelining of relatively “liberal” heavyweights — such as former President Abdullah Gul and former Prime Minister Ahmet Davutoglu, who refuse to fully kowtow to Erdogan — and others who advocate alternative policies, in addition to Erdogan’s shift to a statist-nationalist attitude, his advocacy of an introverted political and economic order and his increasing disregard for the rule of law.

The wave of dissent has not taken any formal political shape or translated into collective action. Yet, things appear to be different at the individual level. The first signs to that effect came in the June 2015 elections, when the AKP’s vote dropped to 40%.

So, the question now is will disgruntled AKP voters express their discontent and doubts about the referendum, and if so, to what extent? It is hard to say. The in-house crack may seriously bear on the vote or it might not be manifested at all. It is important to note that for the conservatives, voting “no” is a tool for admonishing Erdogan and the AKP, not a statement in favor of ousting them from power. The counterweight argument here is the narrative of stability. Keeping the government stable and fending off the risk of division is a theme that resonates strongly with conservative groups.

In sum, Turkey’s conservatives and in part the Kurds stand at the center of all three factors that will sway the referendum. The outcome of the vote will provide clues about the future of Turkish conservatism as well.