Turkish voters have a chance to avert the country’s descent into a party-state autocracy in a referendum, after parliament approved constitutional amendments to install a presidential regime. 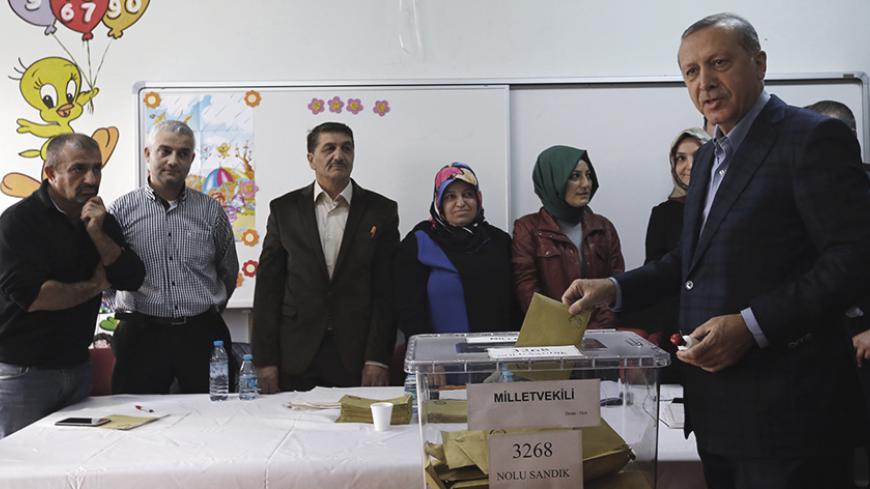 A package of constitutional amendments that would dramatically expand the powers of Turkey’s president won the support of 339 deputies in the 550-member parliament Jan. 21, surpassing the 60% threshold (330 votes) required to submit the draft to a referendum. Backed by the ruling Justice and Development Party (AKP) and its de facto partner, the Nationalist Movement Party (MHP), the bill is supposed to be put to a public vote within two months of the president’s approval, meaning Turkish voters will be going to the polls no later than the third week of April.

The amendments basically involve a new system of governance, switching from a parliamentarian to a presidential regime. A closer look, however, leaves little doubt that the objective goes well beyond that. The draft contains all the elements that would move Turkey away from the core norms of a pluralist, democratic state of law — separation of powers and a system of checks and balances — and transform it into a majoritarian authoritarian system.

Already, the draft’s content as well as the way it came together flouted the norms of democracy. The AKP wrote the proposal under the supervision of presidential advisers, without political dialogue or public debate. The final touches were added at closed-door meetings with the MHP. The parliamentary stage was similarly devoid of meaningful debate, with the two parties using their combined majority to push the bill through amid brawls and violations of procedural rules.

Drafted in line with President Recep Tayyip Erdogan’s wishes, the proposed new constitution concentrates power in the hands of a single individual and blurs the lines between the ruling party and the state. As such, it falls behind all of Turkey’s previous constitutions, including the notorious 1982 constitution, the product of a military coup.

The country and the 94-year-old republic are now approaching one of the sharpest turns in their democratic and constitutional history. Regardless of the referendum's outcome, Turkey is entering a new political era.

If the executive presidency obtains popular approval, it will open the door not only to a model of an obedient society and authoritarian governance, but also lead to new institution-building processes in line with conservative values. For Erdogan, who has ruled Turkey as prime minister and president for 14 years, a “yes” vote will mean a chance to remain at the helm until 2029 under a provision that calls for simultaneous presidential and general elections in 2019, the year his current term ends, with a president eligible to serve two five-year terms. If this prospect materializes, Turkey will descend into a one-man regime.

If the “no” voters prevail, Erdogan will suffer his first major defeat after having won every political battle since 2002. For Erdogan’s political career, this would mark the beginning of its descent, and in terms of political trends, it would represent the rise of dissent. The climate and balance within the AKP, and in the country in general, would be in for profound changes. Rejection of the referendum would inevitably broaden the opposition’s space and strengthen its legitimacy. In this sense, the “no” campaign not only represents objection to an authoritarian presidential system, but also signifies an attempt to return to the path of democracy.

So the first critical question is can Turkish voters stop the shift to an authoritarian order and fend off the onset of a fresh governance crises? The outcome will be determined in a neck-and-neck race, as evidenced by the recent findings of two respected polling companies. An A&G survey puts the “yes” vote ahead, at 52%, while Metropoll has the “no” vote slightly prevailing, at 51%.

Another way to approach the estimates is based on the size of the major political parties' bases. Supporters of the social democratic, main opposition Republican People’s Party (CHP) and the Kurdish-dominated Peoples’ Democratic Party (HDP) are expected to vote “no.” The combined vote of the two parties was 36% in the last general elections, in 2015.

Regarding the MHP, things are complicated. The party, which mustered 12% of the vote in the 2015 elections, had long been a vocal critic of Erdogan and his executive presidency ambitions. The MHP leadership’s sudden transformation into an AKP partner has alienated a significant segment of MHP voters. Opinion polls indicate that at least half of the MHP's electorate opposes the proposed presidential system.

The “no” camp still falls short of a winning majority even if the 2.5% voter base of other, smaller parties is added. Thus, everything boils down to how AKP supporters — 50% in the last elections — will vote. Their decisions will clearly determine the outcome.

Opinion polls indicate that 20% of the AKP electorate has reservations about the constitutional package. These stem from the government’s oppressive practices since last year's failed coup and Erdogan’s arbitrary and self-centered political style, which has led to indignation among some conservatives and a sense that changing the constitution in this respect represents a red line.

This situation raises the second critical question: How will reserved voters behave at the ballot box, or more precisely, what will conservative voters see themselves as approving or rejecting?

Two major elements are likely to sway their behavior. The first relates to how conservatives perceive the changes the constitutional package would bring about. There is a clear division between those who believe the proposed presidential system and paternalistic order mesh with their ideals for Turkish society and those who reject them as a political leader’s attempt to dominate and control the populace. If and how this division will be reflected at the ballot box remains unclear.

The second element is the narrative that Turkey is waging an existential war against foreign forces who are plotting to carve up the country and are behind the recent wave of terrorist attacks. This line of argument, which is increasingly being embraced, including by secular neo-nationalists, highlights stability as the only priority and identifies stability with Erdogan. Given this context, it is likely to have a considerable impact on the referendum outcome.

Which factor or what kind of sentiment will guide individual conservatives when they cast their votes is impossible to predict. The referendum campaigns, however, will certainly be based on these two elements. A powerful orator and mobilizer, Erdogan will focus on the danger and stability themes and have every public resource at his disposal to rally the masses and boost the “yes” vote.

For the opposition, the campaign will not take place in a free environment. HDP leader Selahattin Demirtas, another charismatic orator capable of swaying political sentiments, remains behind bars, while most of the Turkish media are either obedient or fearful of the government. Many influential writers and journalists have been jailed, while others are sidelined or under pressure of being arrested on trivial grounds.

As the referendum draws closer, any Turkish military operations in Kurdish areas in Syria and Iraq or terrorist attacks inside Turkey are likely to increase nationalist and statist sentiments and thus influence the outcome of the vote.

One can hardly say conditions are simple and the weapons equal ahead of the referendum. Yet the ballot box in Turkey is a closed, mystical component that has often produced unexpected results at critical junctures in the country’s political history.