Close to 2 million Syrians will obtain the right to seek citizenship in Turkey in 2019, a prospect that may have decisive repercussions on a critical election cycle that year. 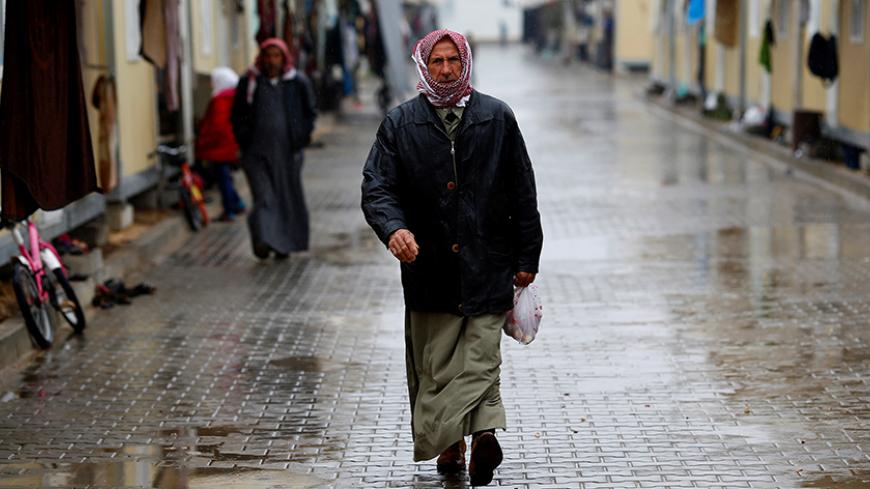 The political value of 3.5 million refugees in Turkey, including 3 million Syrians, appears to be on the rise. Refugees could emerge as a crucial pool of voters in the three elections — municipal, parliamentary and presidential — in 2019. How can this happen?

The first group of 252 refugees fleeing the unrest in Syria crossed into Turkey on April 29, 2011. Their number reached 150,000 at the end of 2012 and 1.9 million in 2014. As of April 29, 2016, the refugees began to obtain the right to apply for Turkish citizenship, having completed the five-year waiting period. Only 252 people obtained that right last year, but the figure will reach 150,000 at the end of 2017 and 1.9 million in 2019. Taking into account refugees from Iraq, other Middle Eastern countries and Africa, the total could well exceed 2 million.

Citizenship applications require the approval of the Council of Ministers. Given the government’s welcoming approach to refugees so far, the approval issue is not likely to emerge as an obstacle. A number of measures concerning refugees — the collection of their fingerprints, the issuance of biometric ID cards and work permits, and steps to resolve their health care, education and accommodation problems — could all be seen as preparations for citizenship. Granting citizenship to the Syrian and other refugees would mean a 2.5% increase in Turkey’s population of about 80 million.

One compelling question here is whether the refugees could sway the 2019 presidential vote, which will seal Turkey’s transition from a parliamentary regime to an executive presidency. The constitutional amendments that paved the way for the shift were tailored for President Recep Tayyip Erdogan, but he still needs to win the election to officially assume the expanded presidential powers.

The amendments were narrowly approved in the April 16 referendum, with 51.41% of voters saying “yes” and 48.59% saying “no.” This corresponds to 25,157,463 and 23,779,141 people, respectively, according to official figures. The result has been marred by allegations of fraud, and the main opposition Republican People’s Party (CHP) has vowed to take the issue to the European Court of Human Rights. But even the official difference between the “yes” and “no” blocks — about 1.38 million votes — shows that Syrians will gain key importance in the coming period, if naturalized.

The close outcome has galvanized Turkish politics, with each side already mulling strategies for 2019. In such a critical period, the emergence of refugees as a new electoral force would no doubt whet the appetite of political parties, and any hostile rhetoric toward Syrians would likely give way to attractive pledges.

In the run-up to the referendum, the pollsters’ predictions of a nail-biting race had prompted the ruling party to step up efforts vis-a-vis Turkish migrants in Europe. About 1,325,000 expatriate Turks across the world, including 31 European countries, cast votes in the referendum, up from 1,000,030 in the June 7, 2015, general elections. Judging by those figures, the refugees seem bound to become as important as expatriate Turkish voters. No single country in Europe, including Germany, has a Turkish community that is bigger than the refugee community in Turkey.

The possibility of a special government measure for a wholesale naturalization of refugees should not be ruled out either, for the rivalry in the 2019 elections will be fierce and the Justice and Development Party (AKP) will not hesitate to play all available trump cards.

The “no” camp appears hopeful on expanding beyond 48.6% to stop Erdogan, which is a rather novel sentiment on the Turkish political scene. Since 2002, when the AKP came to power, the main opposition CHP has failed to reach even 30% in general elections, damping hopes that the opposition can ever unseat the AKP. The deep frustration on the left has discouraged many from going to the polls, giving an additional advantage to the AKP. But the close contest in April appears to have given hope to and motivated the opposition for the 2019 elections. CHP leader Kemal Kilicdaroglu has launched contacts with the leaders of other, smaller parties on the “no” side to keep the camp together. The naysayers hope the tailwinds of the referendum will help them win over undecided voters and block Erdogan’s route to re-election in 2019.

In this process, the potential vote of Syrians could prove critical. The AKP would certainly have high expectations of the refugees, hoping to reap the fruits of its “open door” policy since the very beginning of the Syrian civil strife. The opposition, for its part, sees the plight of the refugees as a result of the government’s Syria policy.

Only 10% of the Syrians remain in refugee camps today, while the rest have scattered across Turkey, surviving in difficult conditions. Those who are unemployed have as their only income the 100 Turkish liras ($28) per month that each refugee receives through debit cards. Social assistance is believed to have built a bridge between the AKP and the refugees, but many other economic and social factors are likely to sway the voting power of refugees, who struggle with myriad problems on a daily basis and face adaptation difficulties, living in clusters in big cities, often ostracized by the locals. Thus, one cannot say with confidence that the refugee vote would go with the ruling party.

Once citizens, the refugees will be able not only to vote but also to run for office. It will be hardly a surprise if political parties field Syrian candidates in future elections in regions such as Gaziantep, Kilis, Sanliurfa, Adana, Osmaniye, Hatay and Istanbul, which are home to the largest refugee populations.