How state report on Israel’s Gaza war will impact Netanyahu 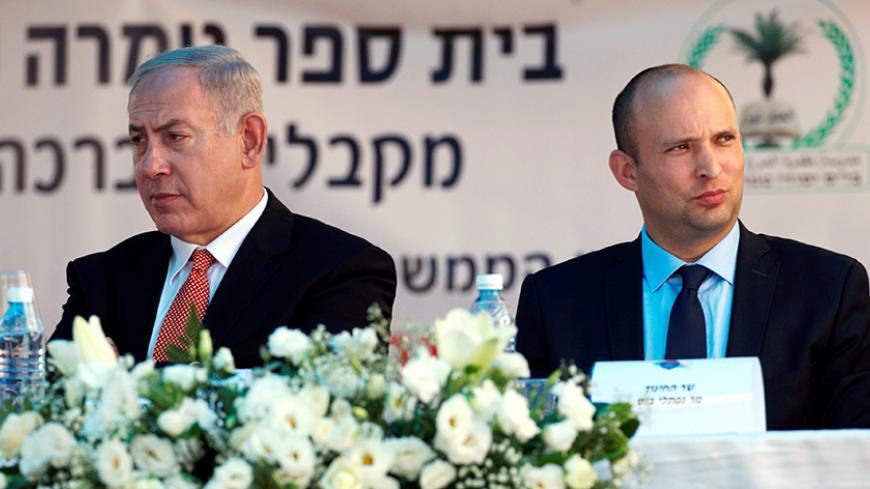 As long as the country was small and weak and surrounded by enemies, Israel was able to score decisive victories in its conflicts. The 1967 Six Day War turned Israel into a regional empire and made the Israel Defense Forces (IDF) the strongest army in the Middle East. Since then, however, Israel has not been able to end any of its wars or large operations without the post-war ritual of national commissions of inquiry, reciprocal accusations of guilt, political beheadings and lamentations.

This ritual was observed after the 1973 Yom Kippur War, the 1982 First Lebanon War, the 2006 Second Lebanon War and now on the heels of the 2014 Protective Edge campaign. The state comptroller's report by Judge Joseph Shapira concerning Operation Protective Edge will be published tomorrow afternoon, Feb. 28. Made available early to the press, it contains a large quantity of explosive, embarrassing materials, including personal comments to the most senior leaders during the campaign: from Prime Minister Benjamin Netanyahu through Defense Minister Moshe Ya’alon, Chief of Staff Gen. Benny Gantz, Military Intelligence head Maj. Gen. Aviv Kochavi and others.

But the main fight now is between Education Minister Naftali Bennett and Netanyahu and his former Defense Minister Ya’alon. Destiny has decided that Ya’alon, who was fired by Netanyahu less than a year ago in favor of Avigdor Liberman, now finds himself sitting in a sinking boat with Netanyahu. One of the issues that has been expected to come up in the report is the question of whether Netanyahu and Ya’alon properly handled the threat of Hamas' tunnels and whether they informed all Cabinet ministers about it. The two will be forced to defend themselves together against Bennett, who missed no opportunity over the last two years to bring the issue up. Now, it seems, the report substantiates Bennett’s claims.

Bennett views the comptroller’s report as a welcome political springboard: He was, after all, the only one to take the tunnel threat seriously, warn the Cabinet about it and even demand that the IDF take real action against the tunnels to neutralize the threat.

Bennett does not hide his aspirations to climb to the top of the pyramid, though never before in the political history of the State of Israel has a politician from a religious party assumed the premiership. The likelihood of such a scenario is almost nonexistent. But Bennett, a young man with a successful past in the hi-tech industry and a former combat officer, could shake things up. This week his ambitions received a boost, at least with regard to what happened during the Protective Edge campaign.

The report reveals the management chaos and the inefficient manner in which the IDF received its orders from the political echelons. Unlike in the United Sates, where the president is the commander-in-chief of the armed forces, the commander of Israel’s army is not the executive head of state. Instead, the IDF’s commander is the government via the Security Cabinet, a statutory body of a small number of ministers. The Security Cabinet’s IDF representative is the minister of defense.

Not only is the IDF command hierarchy complex, it now appears that the Security Cabinet has little real authority. The report's findings indicate that the Security Cabinet is an unimportant forum that does not make real decisions and does not receive real intelligence. At the end of the day, the ones who pull the strings are the prime minister, the defense minister and chief of staff, who make the decisions behind closed doors. The Cabinet is only convened to rubber-stamp decisions already made. The comptroller has decided to address this phenomenon, and of course, there will be political ramifications.

The bottom line is that there are a number of important issues that should worry Israel’s leaders, especially while the country faces no real military competition in its immediate surroundings. Despite the fact that Israeli intelligence had been aware of the Hamas tunnel threat and that the prime minister had defined it as a strategic threat as far back as 2013, the IDF apparently engaged in the Protective Edge campaign without making any preparations for tunnel-based combat. There was no relevant military doctrine in place, no military training or drills, no methods developed for destroying tunnels. Instead, the IDF was forced to improvise in the midst of a military campaign. The tunnel threat was never formally presented to the Security Cabinet. True, it was mentioned here and there by various speakers in various discussions. However, no formal discussion was held about the threat, no decisions were made and no directives were sent to the IDF.

The most important question is whether this report will succeed in chipping away at Netanyahu’s image as Israel's "Mr. Security." Throughout his years of leading the country, Netanyahu succeeded in crafting an image for himself as one capable of ensuring the state's security, despite his actions not always living up to his image. In the Protective Edge campaign, Israel fought for almost two months against a small terrorist group trapped in the tiny Gaza Strip and was unable to vanquish Hamas. Moreover, Tel Aviv was bombed on an almost daily basis — for the first time since the State of Israel was founded in 1948. Israel’s one and only international airport was shut down for 48 hours. At the end of the day, there was no decisive victory for Israel: Hamas remained in place and, according to recent intelligence reports, successfully restored most of its capabilities that had been damaged, including the tunnels.

However, Netanyahu presents a very different bottom line: the results. The fact is that almost complete peace and quiet have descended on Gaza and its environs since Protective Edge. The deterrence achieved following the campaign is viewed as the most stable and significant that Israel ever had with Hamas. And this, according to Netanyahu and Ya’alon, is the real goal of any military campaign. One cannot retroactively probe military functioning during the course of a war without taking into account the strategic situations of the sides at the war’s conclusion.

Netanyahu and Ya’alon view the Protective Edge campaign as a victory, an attitude strongly reminiscent of the Second Lebanon War. Then, too, the political and military echelons were at loggerheads: both Defense Minister Amir Peretz and Chief of Staff Dan Halutz were forced to resign. But the deterrence against Hezbollah and its Secretary-General Hassan Nasrallah in the 11 years that have since elapsed has been the most powerful that Israel has ever seen on the northern front. So who is correct this time? That is a question that only the Israeli public can answer.