Although tension has been high between Egypt and Saudi Arabia in the past few months, signs of cooperation are emerging over the development of Sinai and other common interests. 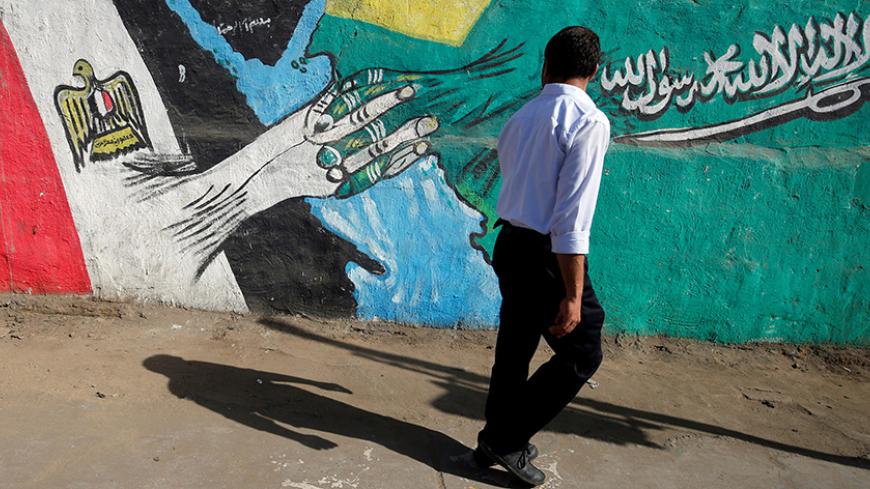 The Egyptian-Saudi tension ramped up Oct. 9 after Egypt voted at the UN Security Council in favor of a Russian draft resolution to end the war in Syria, and Saudi Arabia's permanent representative to the UN Abdullah al-Mouallimi expressed resentment. Matters escalated Oct. 10 as Saudi Aramco informed the Egyptian General Petroleum Corporation that oil shipments to Egypt were suspended. Aramco told Egypt Nov. 8 that the halt was indefinite, which observers perceived as a Saudi sanction on Egypt for its vote.

On Jan. 16, the Supreme Administrative Court invalidated the maritime border demarcation agreement between Egypt and Saudi Arabia, denying Saudi Arabia sovereignty over the islands of Tiran and Sanafir in the Red Sea.

Signs of a breakthrough appeared in January, with Sisi signing an agreement for a $1.5 billion loan from Saudi Arabia to fund development projects in Sinai. The agreement is known as Salman's development plan for Sinai, the most prominent of which is the establishment of King Salman University.

The memorandum of understanding concerning the Sinai development, among others such as the maritime border demarcation agreement and the Aramco oil products supply deal, had been signed on April 9, 2016, during the Saudi monarch’s visit to Egypt.

Mohammed Saeed Idris, the head of the Arab and regional studies unit at Al-Ahram Center for Political and Strategic Studies, told Al-Monitor, “Egyptian-Saudi relations are not limited to just political tension regarding the situation in Syria, such as when Egypt voted in favor of the Russian draft resolution, or regarding the border demarcation agreement or the oil import and export agreement. The two countries have many issues and goals in common.”

He added, “Egypt and Saudi Arabia are the two largest and most key actors for Middle East stability. The past few years have probably revealed how dangerous the situation in Sinai is and how important development projects are in countering terrorism in the arid area. Despite their differences on the Syrian and border demarcation issues, Egypt and Saudi Arabia are well-aware of how dangerous terrorism is. I believe that the development project is a part of these countries’ efforts to combat terrorism in all areas, most notably in Sinai, because of the danger of terrorism to the entire Arab region.”

But what about the Halayeb and Shalateen areas? On Jan. 17, the Sudan News Agency quoted a Sudanese diplomatic source that it did not name as saying that his government had renewed demands to restore the Halayeb and Shalateen triangle at the UN Security Council. The statement came the day after the maritime border demarcation agreement between Egypt and Saudi Arabia was invalidated.

The Egyptian Foreign Affairs Ministry responded in an official statement Jan. 18 to the Sudanese news agency, saying that the Halayeb and Shalateen areas belong to Egypt and are under Egyptian sovereignty. It added that in April 2016, Egypt denied the request that Sudan has been repeating for decades.

Al-Araby Al-Jadeed reported Jan. 21 that Egyptian officials asked their Saudi counterparts to mediate to halt Sudanese demands that Halayeb and Shalateen be annexed to Sudan, and that during undeclared deliberations the Egyptian and Saudi sides paved the way for the resurrection of the maritime border demarcation agreement.

The report went on that Egyptian officials confirmed that it would be difficult to take any concrete steps in the maritime border demarcation dossier while the Sudanese demands continued, as doing so would further anger the Egyptian street and forces opposing the agreement.

Ahmed Abdel Halim, the former head of Egyptian Geological Survey, told Al-Monitor that the goal behind the maritime border demarcation agreement is to enable oil and gas exploration activities in the Red Sea waters, which are rich in oil and gas resources.

He dismissed the possibility that Egypt sought Saudi mediation to put an end to the Sudanese demands, saying, “The passing of the maritime border agreement is in favor of Saudi Arabia, as it facilitates the oil and gas drilling activities. The Sudanese demands regarding Halayeb and Shalateen … contradict the agreement.”

The Egyptian-Saudi interests are deep and complex, and their ongoing tension will not be a reason for a complete rupture between two countries that have many interests in common.