Amid accusations that Egypt is sending weapons to Libya in violation of the arms ban, Cairo is still working to convince the UN Security Council to support Gen. Hifter and the Libyan National Army. 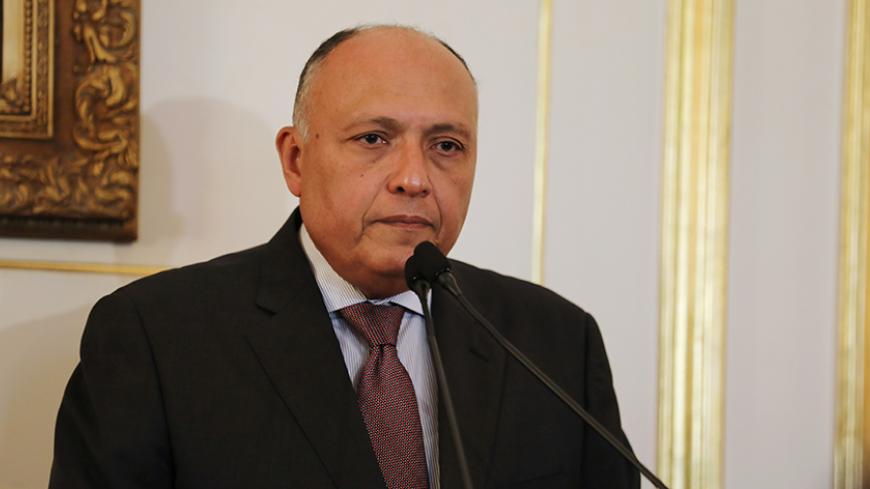 CAIRO — Egypt has been accused of violating the ban on the export of arms to Libya. US special envoy to Libya Jonathan Winer said in a BBC interview Jan. 10 that a UN expert committee report containing pictures confirms the existence of evidence that Egypt is sending arms to Libya, but he did not specify the type of arms that are being transferred.

Meanwhile, Egyptian Foreign Ministry spokesman Ahmed Abu Zeid denied the accusations and said that Egypt is committed to United Nations Security Council Resolution 1970 (2011) and that there are no breaches in this regard.

The UN imposed an embargo on exporting arms to Libya in 2011, when former Libyan leader Moammar Gadhafi launched a crackdown against pro-democracy protesters in the country. But that did not prevent the entry of illegal weapons to extremist and terrorist groups in violation of the ban amid the chaos plaguing the country.

On Oct. 3, 2014, gunmen in the city of Derna announced in a video broadcast online the establishment of the Islamic State (IS) in Libya as part of what they called the “Caliphate State.” In November, the organization's leader, Abu Bakr al-Baghdadi, accepted their allegiance in an audiotape posted on the internet. This led Libya to face an unprecedented security challenge.

Despite the Egyptian officials’ statements confirming Egypt’s standing at an equal distance from all political parties in Libya, Cairo has publicly supported Gen. Khalifa Hifter, the commander of the armed forces of Libya, and it has repeatedly hosted him in Cairo, most recently on Jan. 19 in his capacity as the commander of the Libyan National Army (LNA), to discuss the political and security situation.

President Abdel Fattah al-Sisi said in April 2016, “Egypt supports the LNA, represented by Hifter, because it believes that it is the best way to get rid of terrorism and help Libya recover.”

Cairo is deemed to be the biggest supporter of the lifting of the arms embargo on the LNA (not other groups), as Sisi officially called in his speech before the UN General Assembly in September 2016 for the lifting of the embargo imposed on Libya, and said that the country is suffering from a delicate status and a deep political crisis.

For his part, Bashir Abdel-Fattah, a political researcher at the Egyptian Al-Ahram Center for Strategic Studies, criticized what he described as the international community’s insistence on imposing a ban on the export of weapons to Libya.

Abdel-Fattah told Al-Monitor that Egypt is trying to stop the international community, especially the five countries that have the veto right in the Security Council, from exaggerating as far as Libya is concerned.

He supported the Egyptian point of view on Libya and said that it is not fair for the Security Council to prevent Hifter’s LNA from getting weapons to counter the threat of terrorism, while terrorist organizations and armed militias continue to get illegal weapons.

The UN submitted a report on July 18, 2016, to the Security Council on the threat that Libya poses to neighboring countries. According to the report, IS in Libya acts as a support hub for IS in North Africa.

Mohammed Hijazi, a former spokesman for Hifter’s LNA general command, agreed with the report and said that the situation is deteriorating, especially in the border areas with Egypt as armed militias have taken control thereof and now pose a threat to Cairo.

Three factors threaten the Egyptian national security through its western border with Libya: the financial and logistical support provided by IS to Ansar Bayt al-Maqdis in Egypt across the border; the infiltration and smuggling attempts to and from Libya; and the smuggling of arms and illegal immigration through Libya to Egypt.

Egypt is coordinating with the LNA, represented by Hifter, and this was made clear when Egypt launched in February 2015 airstrikes against IS targets inside Libya, in response to IS’ execution of 21 Egyptians in Libya. At the time, Saqr Geroushi, the commander of the Libyan air force, said, “These [Egyptian] strikes were carried out in coordination with us” — which does not rule out any military cooperation in this regard.

Hijazi said in a phone interview with Al-Monitor from Tobruk that the international community does not have a real intention to lift the ban on armament, especially with the lack of political consensus among Libyan parties.

For his part, Hassan Abu Haniya, an independent expert on terrorist groups, said that al-Qaeda’s control over the city of Derna, which is located near the border with Egypt in the northeast of the country, poses a threat to the security situation in the northern Sinai Peninsula. Al-Qaeda had expelled IS from Derna in June 2015.

Haniya said in a telephone interview with Al-Monitor from Jordan that these armed groups operate in Derna from time to time and smuggle weapons into Egypt across the border to Ansar Bayt al-Maqdis and other dispersed terrorist groups.

Ansar al-Bayt al-Maqdis named itself Wilayat Sinai (Arabic for State of Sinai), and it has been waging attacks on the security forces in northern Sinai at an accelerated pace since former Muslim Brotherhood-affiliated President Mohammed Morsi was ousted in 2013. The latest two attacks targeted security checkpoints in the town of el-Arish in Sinai, which it claimed responsibility for and which led to the killing of 25 people.

Asked about Egypt’s role as a nonpermanent member of the Security Council as far as this issue is concerned, Abdel-Fattah said that Egypt is climbing an uphill battle to convince the member states to adopt the same vision. He pointed out that Cairo is constantly criticized by the international community because of its position on this issue and said, “The Egyptian position on Hifter’s support is contrary to that of the international community. So I expect the clash to last and hamper any efforts to contain the situation in Libya.”