US President-elect Donald Trump's choice for ambassador to Israel is a sign that he still intends to move the US Embassy to Jerusalem from Tel Aviv, a major shakeup in American policy if the plan is followed through. 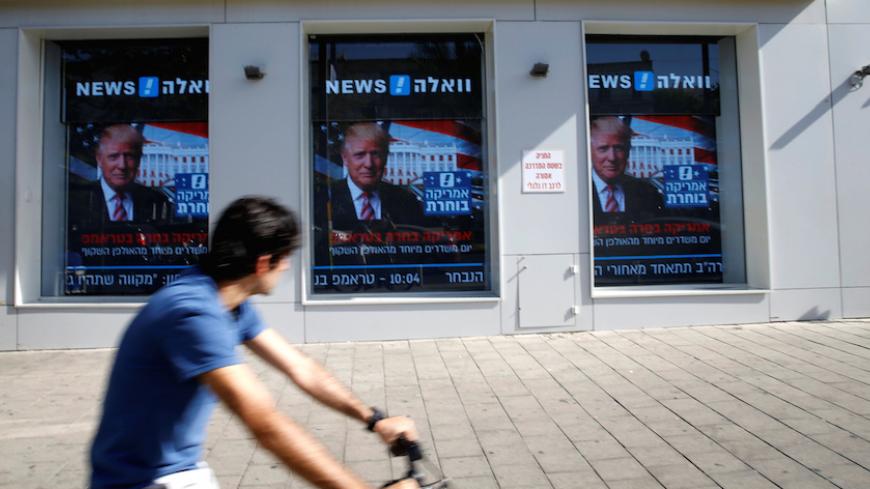 In December 1967, Saudi King Faisal bin Abdul-Aziz Al Saud added a new responsibility to his younger brother Prince Salman's duties as the governor of Riyadh: raise funds to support Palestinians resisting the Israeli takeover of Jerusalem. The funding was part of a broader change in Saudi foreign policy 50 years ago that put the kingdom on a collision course with the United States. Changes in American policy toward Jerusalem could do it again.

The 31-year-old prince took up his new mission with zeal and found an enthusiastic audience among Saudis — royals and the general public — eager to support the Palestinian resistance after the humiliation of the 1967 war. The Popular Committee for Aiding Martyrs, Families and Mujahedeen in Palestine raised tens of millions in the kingdom and is still at work today.

It was a milestone for Salman. He was so good at the fundraising mission that 12 years later, when the Soviet Union invaded Afghanistan in December 1979, Faisal's successor King Khalid bin Abdul-Aziz Al Saud gave Salman the task of raising money for the mujahedeen to fight the Soviets. In the first years of the Afghan war, Salman raised more money from the Saudi public for the mujahedeen's cause than the CIA provided them each year. Later, King Fahd bin Abdul-Aziz Al Saud gave Salman the same task in Bosnia.

Before 1967, Faisal's foreign policy priority had been to thwart Egyptian leader Gamal Abdel Nasser's quest to unite the Arab world behind his own brand of revolutionary Arab nationalism. Egypt was an existential threat to the monarchy. Faisal worked to bog Egypt down in a quagmire in Yemen by backing a royalist Zaydi insurgency against the Egyptian and Soviet-backed republican government in Sanaa. Nasser's June 1967 defeat in the Sinai Peninsula was due in large part to the Yemen war, as the best of his army was suffering in Yemen instead of fighting the Israelis.

Faisal even collaborated secretly with Israel in Yemen through British coordination. Mossad helped the royalist insurgents by flying supply missions down the Red Sea to drop weapons at their bases along the Saudi border. Jordan also provided aid in the form of experts and trainers for the Zaydi rebels.

The June war and the loss of Jerusalem changed everything for Faisal. He had invested heavily in the refurbishment of Al-Aqsa Mosque before the war. His favorite engineering company, the Saudi Binladin Group, had done the work, and a young Osama bin Laden visited the construction site. Faisal portrayed himself as the leader of an Islamic community that rose above national identity. He was the defender of Islam and the custodian of its holy cities.

Egypt and Saudi Arabia reconciled in 1967. The Saudis became the principal sponsors of the idea that the Palestinians should have their own independent state. They backed UN resolutions supporting the Palestinians and labeling Zionism a form of racism. In 1973, when Egypt and Syria went to war again against Israel, Faisal imposed the oil embargo on the United States, dealing the US economy its worst blow engineered by a foreign state.

Now the US president-elect's choice to be the next American ambassador to Israel, David Friedman, has promised to move the US Embassy to Jerusalem from Tel Aviv as a symbol that the United States considers Jerusalem the eternal and undivided capital of Israel. Eight American presidents refused to take this step and kept the embassy in Tel Aviv to avoid prejudicing the outcome of negotiations on the future of Jerusalem between the warring parties. It will be a major shake-up in American policy if the new administration follows through on the plan.

A year ago, when tensions flared in Jerusalem, King Salman bin Abdul-Aziz Al Saud contacted President Barack Obama to ask for US pressure on Israel to calm the situation. The king called all the major powers to protect the rights of Arab Jerusalem from the “Israeli attacks” that were encouraging extremists throughout the region.

The Saudi reaction to Friedman's appointment has thus far been quiet. The news was reported there with little comment, suggesting Salman is waiting to see what comes next and will give the incoming team time to carefully consider its decision on Jerusalem. After all, it would not be the first time an incoming president has reversed a promise to move the embassy after taking office. The Saudis probably expect that the president-elect's nominees for secretary of state and secretary of defense may have a different view. Rex Tillerson and James Mattis, respectively, are likely to understand the regional implications of changing American policy toward Jerusalem and what the move could cost American interests in this most volatile part of the world.

The Saudis already have another major concern with the policies of the incoming administration. The Justice Against Sponsors of Terrorism Act that Congress passed this fall over Obama's veto allows litigation against Saudi officials for alleged involvement in the al-Qaeda attacks of Sept. 11, 2001. The Saudis thought that issue had been settled years ago by the 9/11 Commission, which concluded that there was no credible evidence of Saudi government involvement. Riyadh wants the bill amended to grant the Saudis sovereign immunity. That development looks increasingly unlikely, as the incoming team is not pressing for a change.

The kingdom has a full plate. Low oil prices have hurt the economy and raised unemployment. The king's war in Yemen is an expensive quagmire, just like Nasser's. Iran is today's existential threat, and its proxies are on the march in Syria and Iraq. Tehran will hail an American shift in Jerusalem as validation of its decades of labeling Washington Israel's protector. If Salman is soft on Jerusalem, the Iranians will have a field day denouncing the king as a puppet of Zionism.

Jordan's King Abdullah will be in an even hotter seat than Salman. He has his own claim to Jerusalem and a majority Palestinian population. Just a few days ago, the Jordanian monarch presided over a formal reinterment of the remains of Jordanian soldiers killed defending Jerusalem in 1967 in a martyr's memorial in Amman. The king badly needs American help to cope with the Syrian crisis, but he can't ignore what happens to Jerusalem.

The Arab world is in the midst of an unprecedented tsunami of chaos, terrorism, sectarian violence and civil war. Al-Qaedism is rampant even if the Islamic State is contracting. All the causes of the Arab Spring are still unaddressed. It is not the time to pour oil on the fire.