Will election of women open door to reform in Saudi Arabia?

Now that women have been elected in Saudi Arabia, the United States should take advantage of this historic example and quietly encourage further reforms there. 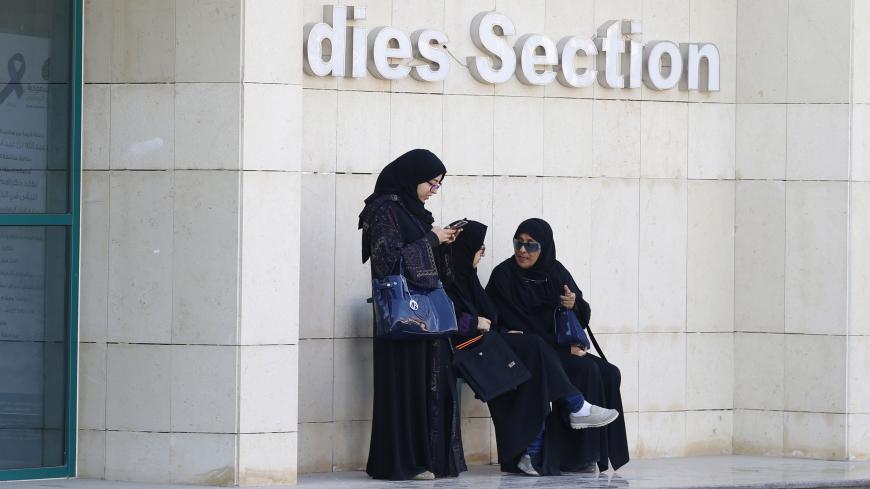 The election of a handful of Saudi women in municipal elections is an important milestone in the kingdom. It's a baby step but sets a precedent. Washington should quietly encourage more; it has successfully done so in the past under the right circumstances.

At least five women were elected in the municipal council elections Dec. 12, according to press reports. These are only the third elections in Saudi history; the first male-only vote was held just a decade ago. For most of its history the kingdom rejected the entire concept of democratic balloting. For an absolute monarchy fused with a theocracy to accept the concept of elections — no matter how inconsequential the office — is a significant change.

Voter apathy is understandably high. Less than 1.5 million Saudis registered to vote out of 28 million citizens; only 11% were women. That also means some men voted for women. Saudis know real power remains in the hands of the royal family and the clerical establishment. Two-thirds of the seats in the councils are elected, up from half in the last vote, but one-third are still appointed by the government.

There were many restrictions on voting and campaigning. Saudi human rights activists rightly note the Ministry of the Interior disqualified some female candidates for unspecified reasons and generally played an obstructionist role. Saudi women were required to show identity cards and proof of residency, which are often difficult for them to do. The most senior cleric in the kingdom publicly spoke against female participation.

The late King Abdullah bin Abdul-Aziz Al Saud introduced the idea of elections a decade ago and is also responsible for expanding the vote to include women. Abdullah also led the way for expanding female education, even appointing a female deputy education minister. His successor, King Salman bin Abdul-Aziz Al Saud, approved letting this vote go forward, although some had expected him to reverse his brother's decision.

The election came at a time of enormous challenges for Saudi Arabia. The fall in oil prices has badly hurt government finances and the kingdom spent one-fifth of its reserves in 2015. The prospects for a rise in prices soon are low, especially with sanctions on Iran ending.

The region around Saudi Arabia is in chaos. Syria, Iraq and Yemen are in civil war. Both al-Qaeda and the Islamic State (IS) are operating inside the kingdom. Iran remains a threat to Gulf stability.

The possibility of a lasting cease-fire in Yemen is a rare hopeful development. The Saudi-led coalition has not won a decisive victory; instead the war is a bloody stalemate with catastrophic humanitarian consequences for most Yemenis. The United Nations hopes to begin political talks in Switzerland this week to resolve the conflict.

The only winners in the war have been jihadist extremists. IS assassinated the Saudi-sponsored governor of Aden this month; he was a former general in the old communist South Yemen. Al-Qaeda in the Arabian Peninsula seized control of a second provincial capital this fall.

The United States should use its considerable influence to press for a political compromise that ends the war. Washington has taken a very low profile in the conflict.

The United States can also do more to encourage reform inside the kingdom. A good model of successful US intervention took place in the early 1960s. Then, the kingdom was locked in a decadelong power struggle over the succession to the modern kingdom's founder, Ibn Saud. King Saud and Crown Prince Faisal each had their supporters in the family. Saud was seen as incompetent and wasting Saudi oil revenues on his own pursuit of luxury.

Egypt's Gamal Abdel Nasser led a powerful nationalist movement across the Arab world that toppled monarchies like the Saudis'. In the fall of 1962, the Egyptians and Russians backed a coup in Yemen that removed the Zaydi Shiite monarchy and then openly threatened to do the same to the House of Saud. A massive Russian airlift was pouring Egyptian troops into Sanaa to back the coup and threaten Riyadh.

President John F. Kennedy invited Faisal to the White House on Oct. 5, 1962. They had a working lunch with their aides to discuss the Yemen coup and the Russian role in assisting Nasser. Kennedy committed to ensuring Saudi security; he would later deploy US fighters to defend Saudi airspace after Russian bombers attacked Saudi border posts.

After lunch Kennedy took Faisal upstairs to the private family living room. Alone, Kennedy told the crown prince that Saudi Arabia's biggest vulnerability was internal, that change was needed to avert a coup. The Royal Saudi Air Force was grounded because its pilots kept defecting to Egypt with their aircraft. Without changes at home, the monarchy would fall.

Faisal responded positively to Kennedy's argument. He promised to abolish slavery in the kingdom (it was still legal) and prioritize education. Upon his return to Riyadh he did both. He finally ousted his brother Saud a year later and created the foundations of stability that were the hallmark of the state for the next half century. He sent his daughters to school, setting an example.

Kennedy's combination of security assurances and encouragement of reform worked because of the situation the kingdom faced in 1962. It is a role model for today.