Russian dominance in Syria is a double-edged sword for Israel

In an interview with Al-Monitor, an Israeli security official discussed the effects of Russia now setting the tone in Syria and explained Israel's complex relations with Russia in its northern front. 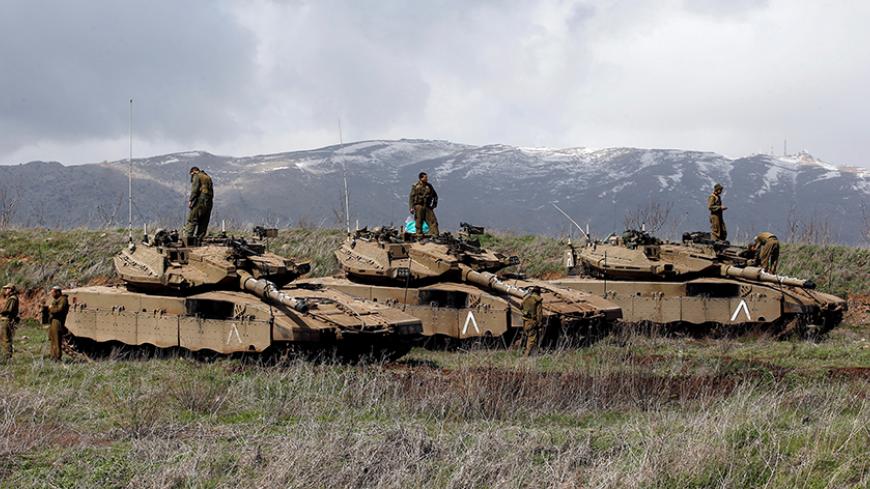 As the bloody battle raged over Aleppo last week, a high-ranking Israeli security official offered an analysis of the northern front (along the borders with Syria and Lebanon) from Israel’s perspective in a conversation with Al-Monitor.

“The predominant story of the past two years is Russian involvement in the region,” the source began, speaking on condition of anonymity. “It is now possible to define this involvement as dramatic. It has changed the direction of events. This provides Israel with a big advantage, but it also presents a significant difficulty.

“The biggest advantage is the fact that the Russians now manage the northern front, for better or for worse. They determine what happens there. Until recently, everything that happened on the northern front was dictated by more radical forces, which pose a significant threat to Israel. They set the pace. Orders came from Iran, through the supreme leader to Qasem Soleimani and the Revolutionary Guard.

“The situation has since changed. Iran is still involved up to its neck, but it is no longer determining the pace of events and no longer giving the orders. The Russians now manage the arena, and the pace of events is dictated by the Kremlin. The Russians have their hands on the dimmer knob and are fiddling with the intensity, increasing or lowering it at will. All in all, this is a very positive development. There is no doubt that Israel finds it preferable to a situation in which the Iranian Revolutionary Guard dictates the pace. Nor do we see any indication that the current situation is about to change anytime soon.”

Asked about the relationship built up between Israel and Russia along the northern front, he said, “It is a very complex. It is a very sensitive relationship that is important to both parties. It certainly weighs in on the positive end of the scale, but that does not mean that there are no problems or complicated issues that must be resolved.”

The official was apparently referring to the overcrowding that is tangible in the northern front’s airspace, particularly in the areas that are especially important to Israel, such as the Golan Heights and the border between Syria and Lebanon. According to foreign sources, Israel has frequently attacked arms convoys near that border over the past few years.

According to foreign publications, the Dec. 7 attack near the Damascus airport that was attributed to Israel involved ground-to-ground missiles, rather than aerial forces. The absence of aerial forces was apparently due to the problems in coordinating air traffic and military operations between Israel and Russia.

In a conversation with Al-Monitor several months ago, an Israeli military source provided a detailed overview of the air traffic problems in the north.

“We’ve never seen a situation like this before. I am doubtful whether the skies anywhere else on earth are as crowded,” he said on condition of anonymity. “The Russians are sitting here with jets, ships and sophisticated radar installations, but in addition to that, we also have French jets flying overhead on their way from the Charles de Gaulle aircraft carrier to attack coalition targets. Then there are American fighter jets and British jets taking off from Cyprus as well as aircraft from many other nations. All of this must be coordinated on the most sensitive levels. Add all our own interests and the routine activities of the Israeli Air Force, and you get some idea of how delicate the situation is.”

What, then, is the disadvantage of Russian involvement and leadership in the region, I asked the senior security official.

He answered, “Their positive influence on the decision-making process, the pace of events and the chance of the situation deteriorating into a state of a war could turn negative overnight, if and when we get into a clash with Hezbollah.” He went on, “Israel has some strategic leverage over Iran, which runs Hezbollah, the most important of which is our ability to deliver a death blow to the Syrian regime with relative ease, especially in its current state. Our toolbox for the day of reckoning also includes the possibility of making the [Syrian] regime pay a deadly price — immediately, at that — if and when a conflict breaks out with Iran and Hezbollah. It is reasonable to assume that in the event of such a conflict, the Syrians will offer Hezbollah some kind of help or other. At that point, Israel will have to react quickly. On the other hand, with the Russians having a physical presence in Syria and being invested up to their necks in [supporting] the regime, it is highly doubtful whether they would allow us to respond in that way. We are talking about a very significant change in the opportunities open to us. When the Russians say no, it will be very difficult for us not to toe the line that they set and abandon this option, even though it is critical for Israel to end any conflict in the north with maximal speed and minimal damage.”

In other words, the Israeli security official is concerned that the Russian presence in Syria effectively removes Syria from the map of operational opportunities that Israel has prepared for the day of reckoning. The Israel Defense Forces estimates that that day will not happen anytime soon, and that the chance of Iran ordering Hezbollah to ignite the front is not high, given the current situation. At the same time, however, it is obvious that the front could erupt in seconds, given the extreme volatility of the situation and circumstances on the ground. On one hand, the Russian presence in the region should rein back incidents of that sort. On the other hand, it could create a complicated situation for Israel if such a conflagration does break out. Aware of this new situation, Israel is now looking for operational alternatives and creative solutions.

In conclusion, the official was asked how stable the alliance between Russian President Vladimir Putin and Syrian President Bashar al-Assad really is. His answer was surprising: “As far as Russia is concerned, it could give up on Assad as early as tomorrow morning. There is no personal bond or mutual respect to fall back on. There is only Russia’s cold, calculating interest in maintaining its presence along the Syrian coast and in keeping radical Sunni terrorism as far as possible from the Caucasus and other regions it deems problematic. And we have yet to talk about natural gas and the complicated relationship with the Turks. Putin achieved the status of a superpower in Syria, which is something that Russia never had, even in the heyday of the Soviet empire, and he did it despite the Americans’ disapproval and outrage. The chance of him giving all of that up approaches zero, with or without Assad.