Israeli security officials debate whether Russian military involvement in Syria will change the balance of power in favor of Israeli interests or against them. 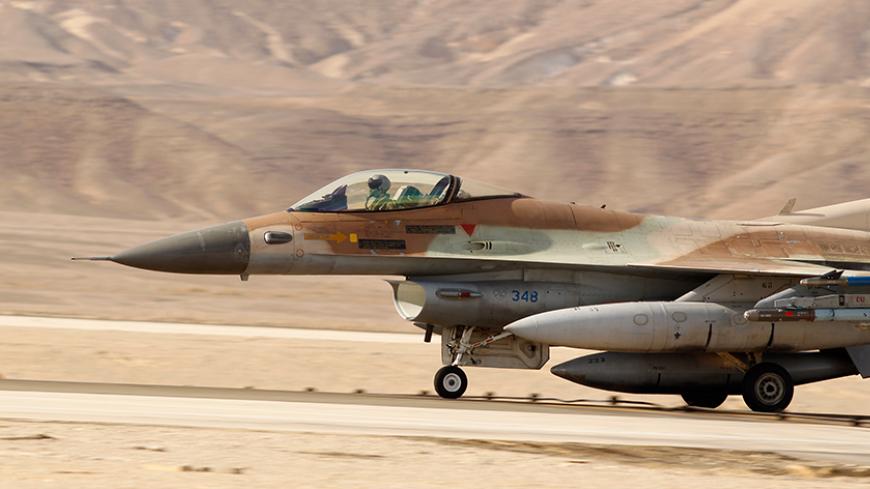 “We [Israel] conduct occasional operations in Syria in order to prevent it from becoming a front against us … and to thwart the transfer of lethal weapons, particularly from Syria to Lebanon,” said Prime Minister Benjamin Netanyahu at a public event in Acre on the afternoon of Dec. 1. It was the first time that any official Israeli source, and the prime minister no less, publicly admitted that Israel was militarily active in Syrian territory.

On Nov. 29, Defense Minister Moshe Ya’alon told Israeli public radio that a Russian fighter jet had recently penetrated Israeli airspace "accidentally." Ya’alon said, “The jet penetrated about a mile into our territory." He added, "We established radio contact with it and it immediately returned to Syrian airspace.”

In a “Sabbath Culture” event on Nov. 28, the director of the Ministry of Defense political-military bureau, Maj. Gen. (Res.) Amos Gilad, said that brief penetrations such as those by Russian pilots into Israeli airspace have happened a few times recently. The Russian pilots are immediately informed of this by radio and go back the way they came, without any incidents, he noted.

Things are heating up along the Russian-Turkish front, with Russian President Vladimir Putin and Turkish President Recep Tayyip Erdogan exchanging barbs and threats. At the same time, interesting things are happening on an equally sensitive and no less interesting front, in other words, where the Syrian and Lebanese airspaces meet Israel. As if there weren’t already enough players in the region to stir things up and complicate matters, they have recently been joined by the Russian army in full force, including massive air power, significant naval power and, most recently, S-400 anti-aircraft batteries. The range of the latter covers the entire region, meaning that any Israeli aircraft taking off there can be detected and shot down by Russian crews.

Nevertheless, despite all of that, the Russians and Israelis are on the same page, at least for now. They see eye to eye about the situation, coordinate their activities in real time, respect each other and give each other the space they need. Israel does it mainly because it has no choice in the matter. Russia does it because it neither needs nor wants to open yet another front, in addition to all the other fronts it already opened up in the region.

Netanyahu and Putin met in Paris at the margins of the Climate Conference on Nov. 30. Officials privy to the content of that meeting, speaking on condition of anonymity, called it “helpful and friendly.” On Nov. 28, I asked Knesset member Avigdor Liberman about his thoughts on this complex situation. Liberman, a former foreign minister, is now Netanyahu’s sharpest critic from the opposition benches. He is also an expert on Russian affairs, having immigrated to Israel from the Soviet Union in the late 1970s. He said, “We have full coordination in real time with Russian ground forces and the Russian air force. There is an open line of communication between us, 24 hours a day, seven days a week. I hope we don’t find ourselves in the same situation as the Turks found themselves with the Russians. I see no reason for that to happen though. Everything the Russians have been signaling seems to focus on close cooperation. Just this week, Putin extended sentencing for anti-Semitic acts in Russia. They want to import more Israeli vegetables. They tell us that we’re not involved [in the conflict], at least as far as they are concerned. Russia has no problem with us. They are dealing with other interests.”

The problem is that sometimes these other interests could run counter to Israel’s interests.

While the Israeli security establishment has come to appreciate Russian involvement on Israel’s northern border, it is also concerned about it. Netanyahu’s public admission that Israel has launched attacks in Syria was hardly some chance occurrence. While Netanyahu has a reputation for his off-the-cuff remarks on security matters, this time everything he said was planned in advance. Israel wants security coordination with the Russians to take place on the ground as well, and not only in the air.

In various talks between the parties, including the conversation between Putin and Netanyahu, Israel made it perfectly clear that if any arms that could disrupt the delicate balance of power (tiebreaking weapons) are transferred from East to West — i.e., from Iran via Syrian President Bashar al-Assad to Hezbollah — it would consider that to be a casus belli. So far, whenever Israel identified such a transfer of arms, it attacked, claim foreign news sources, usually on the Syrian side, since the ability to act defensively there tends to zero. Then suddenly, the Russian bear entered the equation. It knows how to defend itself, and to attack as well. The big question is what will happen the next time that Israeli aircraft, manned or not, fly over one of those arms convoys and are picked up on radar by the Russian anti-aircraft batteries. All the parties hope that things will work out, but reality has rules of its own. Sometimes events on the ground dictate how the political level responds, and not the other way around.

“The situation is very complicated,” explained one high-ranking Israeli security official, talking on condition of anonymity. “The Russians came here to help the Shiite axis, which is considered by Israel to pose the most serious threat. As a result, they are not serving our interests here, at least ostensibly. At the same time, however,” the source continued, “the Russians can understand our need to prevent various weapons from reaching Hezbollah. Besides, Putin is weakening Erdogan now, which also benefits us. As such, the situation is very fickle and volatile, with nothing clearly defined. Enemies used to be obvious. Interests used to be obvious, too. Everything was defined and determined in advance. Today, you frequently find yourself caught in the same boat as your sworn enemies; interests cross, but they also conflict. There is no beginning and no end to it.”

And we haven’t even mentioned economic interests yet. Despite the bitter animosity between Israel and Turkey, a situation could soon emerge in which Netanyahu and Erdogan find themselves on the same natural gas platform. According to experts, tensions between the Russians and the Turks could torpedo plans for a huge southern gas pipeline that Russia wanted to run through Turkey. The Turks, for their part, have recently been signaling that they want Israeli gas, extracted from the extensive natural gas fields discovered off the Israeli coast. A major project to develop an Israeli gas pipeline, in cooperation with Cyprus and possibly Greece, would send the gas to a terminal in Turkey, from where it would be exported across Europe. Plans for such a pipeline have recently begun to tickle the imagination of the leaders of all the aforementioned states.

In fact, on Nov. 25, Netanyahu met with Greek Prime Minister Alexis Tsipras to discuss the topic. Should something come of this project, interests could be reversed yet again. Until that happens, however, the Israel Defense Forces are looking northward with considerable consternation. So far, Israel has been focused on the Shiite-Alawite axis of evil, with Sunni terrorism percolating in the surrounding areas. Now a new player has entered the equation, a substantial, significant player at that, which is changing both the rules of the game and the balance of power. The problem is that no one yet knows if this change is good or bad.