Syrian military advances, backed by Russia, threaten Turkmen and Jabhat al-Nusra forces along the border with Turkey; Russia and Israel understand each other on Syria; Israel’s’ "small joy" in clash with EU over settlements. 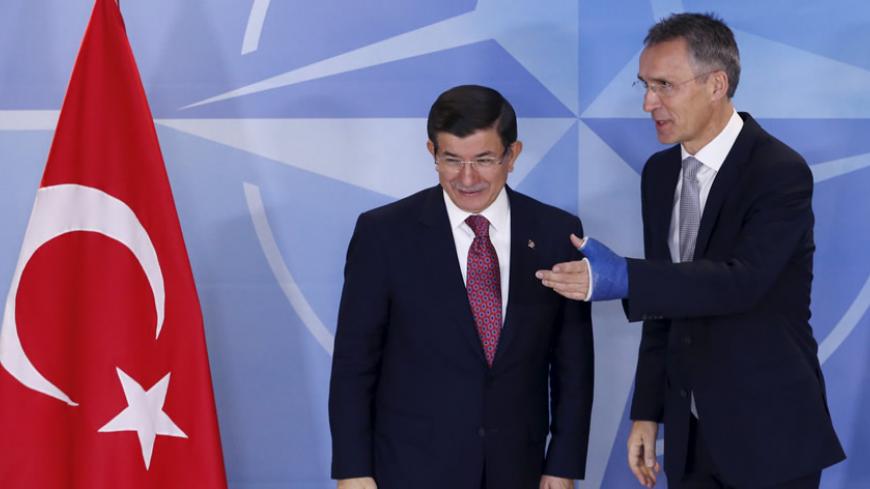 The Syrian military, backed by Russian air power, is giving priority to taking control of the Bayirbucak region by intensifying offensive operations against Turkmens and other Syrian armed groups, including al-Qaeda-linked Jabhat al-Nusra.

Metin Gurcan summarizes the Syrian and Russian interests in taking this region in advance of a possible cease-fire: “Studying the field developments and listening to Russian decision-makers, one can discern three basic reasons for this operation: to secure the Latakia region where Russia has its largest military presence — to clean this mountainous and densely forested area from opposition fighters is the prerequisite of further Syrian regime and Russian moves toward Idlib and Aleppo; to expel Chechen Caucasian fighters from Bayirbucak; and — according to Mehmet Akif Okur, assistant professor of international relations at Gazi University — the desire of the Assad regime to secure more defensible, expanded territory before an eventual cease-fire as recommended in the Vienna meetings goes into effect.”

Turkey fears the loss of this region to Syrian government forces, and the potential for further gains in northern Syria by Kurdish armed groups backed by the United States. Fehim Tastekin writes, “In response to the plans by the Kurdish People's Protection Units (YPG) to move westward and expel the Islamic State from Jarablus, Turkey has declared the Euphrates River a red line for the Kurds. Once it is cleared of IS, Turkey is planning to use the Turkmens to control both these areas and the Azez-Aleppo line, which is being considered for a buffer zone. Such plans naturally upped the value of the Turkmen card. Turkey, unable to prevent the Russian bombing against the groups supported by the West and the Gulf, has pushed back with the Turkmens. But the Russians ignored the Turkish moves and expanded their operations to Turkmen Mountain.”

Syrian Turkmen opposition forces have served primarily as a Turkish gendarmerie and protector of the Turkmen community in Syria. Tastekin broke the story for Al-Monitor in October 2014 that the much-heralded, at the time, commitment by Turkey to “train and equip” opposition forces in Syria was actually a means for the Turkish National Intelligence Organization to develop Turkmen armed groups to oppose Syrian President Bashar al-Assad. The Turkmen groups have been nonexistent in the battle against IS and have collaborated with Jabhat al-Nusra. Tastekin reports, “Turkmen units participated in the Anfal operation on March 21, 2014, by jihadist groups to capture the Armenian towns of Kasab and Samra. In operations on Aug. 4-19, 2013, Alevi villages were raided and some 200 civilians were killed. IS and Jabhat al-Nusra also joined Turkmens in these attacks. Meanwhile, there was regular rocket fire from Turkmen Mountain toward Latakia.”

As this column explained last week, Turkey has been scrambling since the Turkish air force shot down a Russian jet Nov. 24. Semih Idiz reports that despite the platitudes of support from NATO, Turkey will likely be expected to adapt its Syrian policies to match the priorities of Western nations in the anti-IS coalition. “The support Ankara is receiving from its Western allies may be comforting to [Turkish President Recep] Erdogan and [Prime Minister Ahmet] Davutoglu, but it is clear that this will also require them to overcome differences with the West over Syria,” Idiz writes. “The main problem area for Turkey will be to relegate the support it is giving to groups in northern Syria fighting the Bashar al-Assad regime to the background and focus exclusively on combating IS. In doing so, it will also have to come to terms with the support the West is giving to the Syrian Kurds and their Democratic Union Party (PYD), which is fighting IS with air support from the US-led coalition. Ankara says the PYD is a terrorist organization because of its links to the Kurdistan Workers Party. Turkey’s attempts to 're-energize' its ties with the EU, on the other hand, can only go so far given Erdogan’s undemocratic policies that continue to unfold in Turkey, starting with his escalating war against the free press.”

Metin Gurcan provided probably the most detailed reporting to date on the interaction of Russian and Turkish militaries prior to the Nov. 24 incident. He writes, “According to military sources Al-Monitor contacted in Ankara, Turkish and Russian military officials held five meetings in October in Ankara about violations of Turkish airspace by Russian planes. When Russia did not heed four warnings by Turkey, in the fifth meeting senior Russian officers were informed that the Turkish air force would 'strictly apply its rules of engagement.' In an official statement about those meetings, Turkish officers said, 'In addition to other military issues, in our face-to-face meetings we emphasized violations of Russian Federation planes of our airspace and informed them of our determination to fully apply rules of engagement.' After that fourth warning, military sources said, Russian planes did not violate Turkish airspace again — until Nov. 24, when Turkey shot down the Russian plane.”

Ben Caspit reports that unlike Turkey, Israel and Russia are effectively coordinating their Syria policies.

“The Russians and Israelis are on the same page, at least for now,” Caspit writes. “They see eye to eye about the situation, coordinate their activities in real time, respect each other and give each other the space they need. Israel does it mainly because it has no choice in the matter. Russia does it because it neither needs nor wants to open yet another front, in addition to all the other fronts it already opened up in the region.”

Avigdor Liberman, a Knesset member, former foreign minister and leading critic of Israeli Prime Minister Benjamin Netanyahu from the right, told Caspit, “We have full coordination in real time with Russian ground forces and the Russian air force. There is an open line of communication between us, 24 hours a day, seven days a week. I hope we don’t find ourselves in the same situation as the Turks found themselves with the Russians. I see no reason for that to happen though. Everything the Russians have been signaling seems to focus on close cooperation. Just this week, [Russian President Vladimir] Putin extended sentencing for anti-Semitic acts in Russia. They want to import more Israeli vegetables. They tell us that we’re not involved [in the conflict], at least as far as they are concerned. Russia has no problem with us. They are dealing with other interests.”

Caspit adds that Israel has conveyed its own red lines to Russia regarding Hezbollah: “In various talks between the parties, including the conversation between Putin and Netanyahu, Israel made it perfectly clear that if any arms that could disrupt the delicate balance of power (tiebreaking weapons) are transferred from East to West — i.e., from Iran via Syrian President Bashar al-Assad to Hezbollah — it would consider that to be a casus belli. So far, whenever Israel identified such a transfer of arms, it attacked, claim foreign news sources, usually on the Syrian side, since the ability to act defensively there tends to zero. Then suddenly, the Russian bear entered the equation. It knows how to defend itself, and to attack as well. The big question is what will happen the next time that Israeli aircraft, manned or not, fly over one of those arms convoys and are picked up on radar by the Russian anti-aircraft batteries. All the parties hope that things will work out, but reality has rules of its own. Sometimes events on the ground dictate how the political level responds, and not the other way around.”

Akiva Eldar writes this week about the Israeli Foreign Ministry’s decision to reassess the European Union’s involvement in diplomacy with the Palestinians as a result of the EU’s decision to label Israeli goods manufactured in settlements.

“On reading this reaction, it is hard to decide whether to cry or simply take offense,” Eldar writes. “To cry, because an attempt by a small state in the Middle East to punish Europe for a decision supported by 16 European foreign ministers and overwhelmingly adopted by the European Parliament (by a vote of 525 to 70) brings to mind the miserable fellow who cut off his nose to spite his face. Also to cry, because the decision to keep the EU away from a 'peace process with the Palestinians' is akin to a decision to distance Europe from a diplomatic process between Israel and Syria. Both these processes are equally far-fetched. To take offense, because the reactions to the decision illustrate the politicians’ contempt for Israelis’ reading comprehension. The man who presumes to lead them assumes they cannot tell the difference between boycotting products and labels specifying where they are made.”

Eldar concludes, “Absent true willingness to confront the roots of the crisis with the EU, settlement policy and the diplomatic stalemate, the Israeli government is turning, joyfully, from being an occupier to being a victim, from accused to accuser, from being punished to punishing others. What a small joy.”