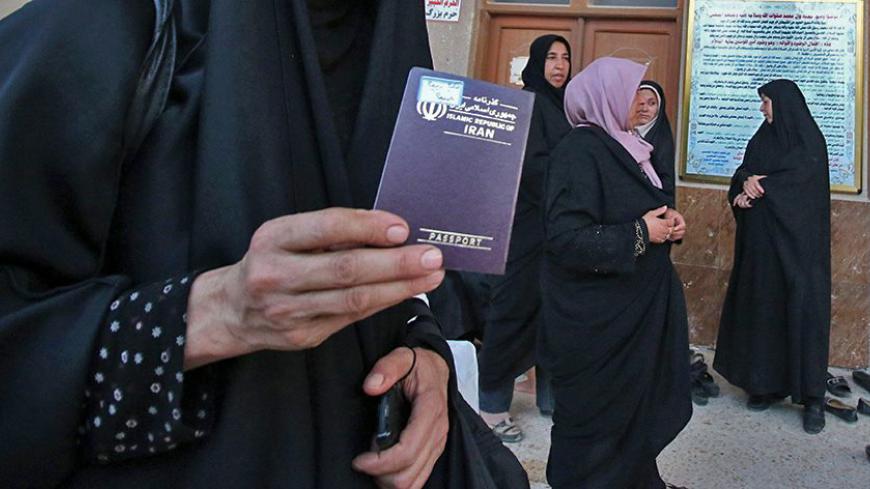 In an interview with the Iran-based news outlet Parsineh in April last year, an Iranian Baluchi woman relayed some of the perils of Iran’s current civil code. Born in poverty, she said that she was married off to an Afghan man at the age of 12. After fathering seven children, her spouse returned to Afghanistan, leaving her behind with their children — all of whom lack birth certificates. Fearing deportation, she is now staying in a remote mountain home with no running water or electricity.

Based on Iran’s civil code, the marriage of an Iranian woman to a foreign national is dependent upon special permission from the Foreign Ministry. In practice, this means that Iranian women need to get permission to marry non-Iranian Muslims. Iran's civil code forbids Muslim women from marrying non-Muslim men. An estimated 70,000 marriages between Iranian women and Afghan men are not registered with the National Organization for Civil Registration. Meanwhile, Iran’s Interior Ministry has declared all marriages between Iranian women and Afghan men that took place after 2001 invalid.

In contrast, Iranian men may marry Muslim or non-Muslim women and Iranian or non-Iranian women without obtaining permission from the Foreign Ministry. Under Iranian law, children born to an Iranian father — whether residing in Iran or abroad — are considered Iranian. Meanwhile, children born to Iranian mothers are not granted automatic citizenship rights, creating a complicated situation for Iranian women who marry non-Iranian citizens. Statistics released in 2011 by the Tehran Governor’s Office of Foreign Nationality shows around 32,000 children in Iran do not have birth certificates because their fathers are not Iranian citizens.

Iranian women living abroad naturally may want to marry foreign men. But without permission to register the union, their marriages will not be accepted by Iranian law.

There are many women in Iran who are married to foreign nationals. For instance, many Afghan nationals have long lived in Iran and are married to Iranian women. Due to the complications in registering such marriages with the authorities, they have only religious certificates for their marriages. These unregistered marriages do not guarantee any rights to the Iranian wife and her children. They are not entitled to birth certificates and are therefore prevented from accessing many basic rights that the state is obliged to provide for its citizens.

On Sept. 24, 2006, the Iranian Parliament ratified a single-clause bill determining the citizenship of children of Iranian women married to foreign men. According to this bill, these children, if born in Iran, can obtain Iranian nationality after turning 18. On Aug. 2, 2011, some lawmakers proposed amendments to the bill to grant Iranian nationality to children born to Iranian mothers. The parliamentary Judiciary and Legal Commission, which was responsible for examining the proposed amendment, rejected it on the basis of security and political considerations. Nayereh Akhavan Bitaraf, a member of the commission, stated that the bill was rejected because of security concerns, explaining that children born to Iranian mothers and foreign fathers could, upon acquiring Iranian citizenship, be entitled to work in government agencies.

Since there is no religious basis for these legal provisions, it seems that the prohibition against marriage between an Iranian woman and a non-Iranian man is the result of a traditional perspective on women and their rights, intertwined with politics. The traditional understanding of marriage in the Iranian context positions men as the heads of families. This provision is codified in Iran’s civil code. By a broad interpretation, the domination of a foreign husband over his family may be seen as the domination of his government over Iranian authority. The Iranian government is not willing to provide equal rights for women in relation to nationality for political reasons.

Ali Younesi, the presidential adviser for religious and minority affairs, has correctly stated that Iran’s current nationality law is “strict, old-fashioned and racist.” The discriminatory law stands in stark contrast to the significant advances Iranian women have made in other spheres during the past three decades. As such, now is the time to revise this law. But as Younesi has said, “Every time the revision of these rules are discussed, many fear and try to prevent any changes. It is important that the Interior Ministry and National Security Council find a solution to this problem."

The Declaration on the Elimination of Violence Against Women, adopted by the United Nations General Assembly in 1993, defines violence against women as “any act of gender-based violence that results in, or is likely to result in, physical, sexual or psychological harm or suffering to women, including threats of such acts, coercion or arbitrary deprivation of liberty, whether occurring in public or in private life."

Given the wide-ranging implications of the current legal provisions, including the promotion of violence against women, amending these laws is an important first step toward solving a challenge thousands of Iranian women face on a daily basis.