This month, world governments have an opportunity to directly press Iranian authorities to improve women's rights during the Universal Periodic Review at the UN Human Rights Council. 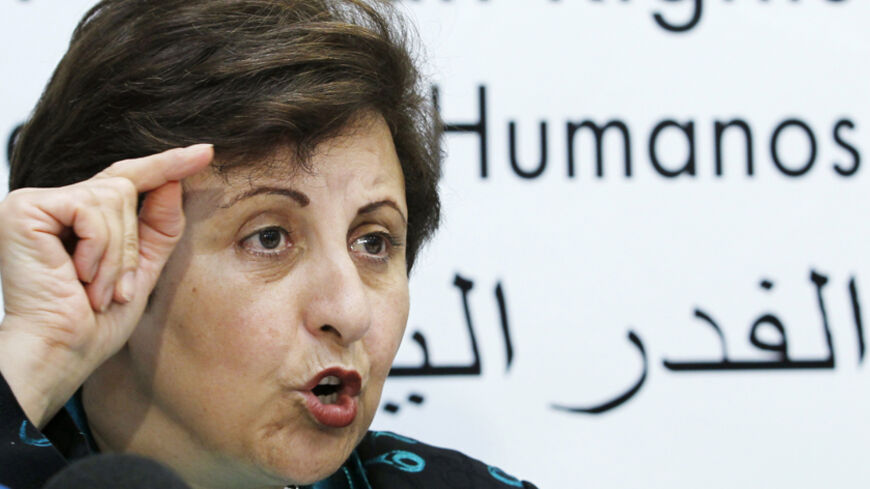 The recent acid attacks in Esfahan have refueled the public debate over women’s rights in Iran. Large protests are urging the government to step up its criminal investigation and take measures to prevent this type of violence against women in the future. Officials have expressed "concern," but some Iranians doubt they will respond appropriately.

Women’s rights issues in Iran go much further than these types of horrible, headline-grabbing events. It is important to address the daily plight of women in Iran and how gender discrimination affects the whole of their social and economic lives.

This month, world governments have an opportunity to directly press Iranian authorities to improve women's rights during the Universal Periodic Review (UPR) at the UN Human Rights Council in Geneva on Oct. 31. UN member states will make recommendations about women’s rights, and the Iranian government will accept many. But Iran’s track record shows that without sustained pressure and follow-up, Iran’s commitments will not translate into action.

The UPR is a fully voluntary process with participation by all UN member states. Its structure leaves no room for excuses for not cooperating. At the UPR, governments make recommendations to each other and they can freely reject or accept these recommendations. Indeed, the UPR is a United Nations human rights mechanism Iran enthusiastically supports, and Iran’s UN representatives have referred to the process as one of “sanctity, reliability, credibility and integrity.'' Women’s rights will likely be a large part of the upcoming UPR discussion.

Even if Iran accepts the resulting recommendations, they will not necessarily lead to an improvement in human rights. After the last UPR in 2010, Iran accepted 10 recommendations on women’s rights but made little actual progress. During the last cycle, Estonia, Indonesia, Ireland, Brazil, Bangladesh, Chile, Mexico and Vietnam recommended that Iran reform discriminatory provisions of criminal and civil laws, including those limiting women’s rights in marriage and access to justice.

Following the 2010 UPR, Iran was expected to improve the participation of women in all spheres of socioeconomic life, in keeping with its progress in women’s education. Iran agreed to bring its national legislation into conformity with international obligations to women’s rights and ensure the equal treatment of women and girls in law and practice. It also acknowledged the need to adopt measures to protect the safety of advocates for gender equality. It was proposed that Iran grant birth certificates and nationality to all children born to Iranian mothers, regardless of the nationality of the father. Iran agreed to continue to improve its policies and programs to advance the status of women and girls and protect children, including those with disabilities.

At the 2014 UPR, before the Human Rights Council members, Iran will report on its progress over the last four years. In practice, Iran has made only halfhearted attempts to meet the recommendations it accepted. For example, the issue of the nationality of children born to Iranian mothers, despite long discussions and debates in the Iranian parliament, has remained unresolved. The process started back in 2006, when the parliament ratified a single-clause bill to determine the citizenship of children of Iranian women married to foreign men once they reach 18 years of age.

After years of back and forth about the text, the bill was debated in parliament in May 2012, and it was then decided that children born to Iranian mothers should obtain only permanent residency in Iran but enjoy full rights to education, health and social services. The Guardian Council, which is charged with determining whether Iranian laws meet constitutional and “Islamic” standards, subsequently rejected the law after it was ratified. Hence, the issue of nationality remains unresolved despite years of debate and Iran's promise to the world at the last UPR.

In addition to the issue of nationality, no major positive changes have been made in the legal status of women. For instance, Iranian girls still become criminally liable six years earlier than boys, at age 9. Under legislation passed by the parliament, the same insurance compensation is provided for both men and women who suffer injury or bereavement resulting from a car accident. However, in other instances — for example, in the case of murder — men and women are not treated equally in terms of compensation, known as "blood money." Men and women do not have the same rights in family law or in cases of divorce.

Women’s rights in Iran have actually deteriorated with the ratification of legislation that allows a man to marry his adopted daughter and the adoption of new policies that restrict access to birth control.

So as recent acid attacks rightly garner international attention, we must also remember that the gender discrimination deeply rooted in Iranian law must receive sustained attention.

At a minimum, the international community should hold Iran to its UPR promises through follow-up and close monitoring of Iran’s progress. By doing so, UN member states can invest in Iranian women and a better future for all Iranians.

As Iranian officials have repeatedly declared their support of the UPR mechanism and their obligation to cooperate with the Human Rights Council, they must be reminded that cooperation does not begin and end in Geneva. Cooperation means fulfilling their UPR pledges through real and measurable legal reforms that improve the lives of women.