Iranian lawmakers passed a bill that would grant citizenship to children in Iran born to Iranian mothers and foreign fathers. If approved by the Guardian Council, the bill would put an end to years of discrimination against women in the country’s nationality law. 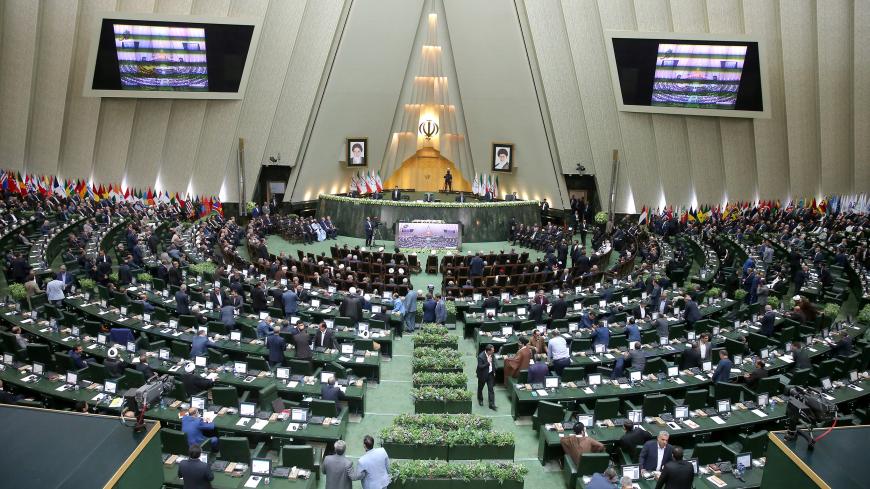 A view shows the swearing-in ceremony for Iranian President Hassan Rouhani for a further term, at the parliament in Tehran, Iran, Aug. 5, 2017. - Nazanin Tabatabaee Yazdi/TIMA via REUTERS

Javad is a 30-year-old architect and photographer in Iran. Born to an Iranian mother and an Afghan father in Iran, he has not yet been granted Iranian citizenship due to the country’s nationality law, which only gives children of Iranian fathers automatic citizenship.

As a result, Javad has faced plenty of hurdles and has been deprived of many services, including four years of primary school, insurance and a driver's license. He also faces the annual extension of his father’s legal residence in Iran. Hundreds of thousands of children in Iran find themselves in a similar situation. It's mainly seen in the eastern regions of the country, where the population of Afghan refugees is the greatest.

According to a 2019 report by the UN Refugee Agency (UNHCR), Iran is among the seven countries in the world, including Lebanon, Kuwait and Qatar, that “do not allow mothers to confer their citizenship on their children with no or very limited exceptions.”

Lawyer Shahnaz Sajadi, an assistant to Iran’s vice president for women and family affairs, told Al-Monitor, “Our current legislation dates back to 1934, when Iran was not faced with refugees. But the situation has changed over the past three to four decades, and Iran has been home to millions of refugees, mainly from Afghanistan and Iraq.”

Sajadi said that, since many Iranian women have married foreign migrants over the past decades, Iran is “facing a phenomenon in which thousands of children are not recognized as Iranian nationals and they can’t apply to become Iranian nationals until reaching 18 years of age. This has led to many challenges for governments, especially in the education and health systems.”

To address these challenges, Iran’s parliament scored a landmark victory by overwhelmingly passing a bill on May 12 to bring an end to the nationality law. This came almost two decades after the judiciary raised the issue of gender inequality in its nationality law in 2001, after the census revealed that a significant number of children with Iranian mothers and foreign fathers were not considered Iranian citizens. Five years later, parliament passed a bill making these children eligible for Iranian citizenship after reaching the age of 18. But the law gave them a single year to apply for citizenship, and mandated that they would also have to give up the nationality of their fathers. These conditions made the application a difficult and lengthy process, if not impossible.

Two proposed bills in 2012 and 2015 to amend the nationality law failed. The Guardian Council rejected the first bill, and the latter did not pass parliament. But government efforts and the support of women's rights activists paid off last week when parliament passed the bill allowing all children of Iranian mothers and foreign fathers to obtain citizenship at birth, regardless of whether the couple has a marriage permit from the government. (According to Iranian law, Iranian women need to obtain governmental permission to register their marriage with a foreign man.)

The new bill further mandates that children of mixed marriages can also apply for citizenship after reaching the age of 18. Such a request requires approval from the Ministry of Intelligence, but applicants no longer need to give up their other nationality to become Iranian citizens. The security inquiry process should not exceed more than three months, according to the bill, and the Iranian police should issue a residence visa for the foreign father during this period.

Although the bill passed with 188 votes in favor, 20 parliamentarians voted against it and three others abstained. Lawmakers cited several reasons for their opposition, including the sudden population increase amid high unemployment and economic downturns; the urging of refugees from neighboring countries to marry Iranian girls to obtain residency permits; and security or cultural threats against Iran.

Sajadi said, “What’s more important than the correct figure is the reality that these children are going through and the social harm that their situation is inflicting on society. With the new law, these children will be eligible for citizenship and will have access to education, health and other public services like every other Iranian citizen. It is considered a major achievement with regard to the rights of women, children and mothers.”