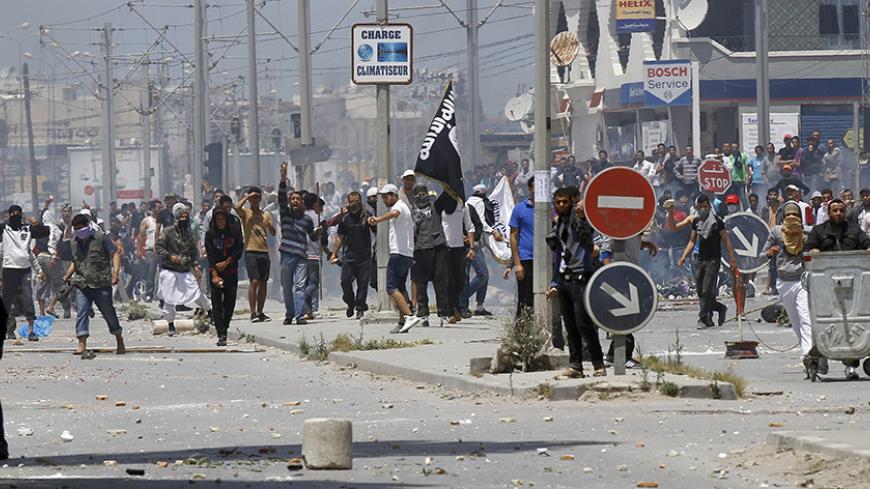 A recently released study by the Tunisian Center for Research and Studies on Terrorism (CTRET) revealed new insights into Tunisian jihadi groups, including their affiliations with organizations outside the country, their anti-government plans and demographic information about their members.

Using the records of 1,000 incarcerated jihadis involved in 384 court cases from 2011 to 2015, the report found that 40% of the terrorists held a university degree or had some level of higher education. The CTRET report also found that women were 3.5% of the sample, and 751 of the 1,000 terrorists were under age 35.

Women became involved early on when Ansar al-Sharia was formed in 2011 by Saifullah Bin Hussein, known as Abu Ayyad. Tunisian authorities say the group, which includes many Salafi jihadi supporters, smuggles weapons and has attacked the Tunisian army and police. Women's roles in Ansar al-Sharia were limited at first, but expanded as terrorism grew. The case of Fatima al-Zawaghi is a good example, as she was entrusted with sensitive tasks within Ansar al-Sharia. These tasks ranged from monitoring social media to issuing orders to the organization’s cells after Tunisian authorities classified it as a terrorist organization and began imprisoning its leaders in August 2013.

Qazara, who is also one of the authors of the study "Terrorism in Tunisia Through Court Records," said CTRET was established "to analyze and dismantle terrorism in Tunisia on the various organizational, field and ideological levels.”

“The [current] security measures — which include imprisonment and house arrest for those accused of terrorism — won’t help eradicate this phenomenon," Qazara said. "We are facing structured and organized groups operating in secrecy with several wings, such as media, military and Dawa [proselytizing] wings, and with a network of internal and foreign relations. In parallel with security plans, it is important to understand how such organizations are formed as well as how the terrorist personality is created."

CTRET, launched in late October, is affiliated with the Tunisian Forum for Economic and Social Rights. During an Oct. 26 press conference, the head of the center, Rida al-Ridawi, said it aims “to prepare and publish statistics and studies on the terrorism phenomenon and follow up on its evolution in Tunisia, as well as to shed light on the terrorism distribution in terms of demographics, professions and age.” The new study is a first step toward those goals.

The study further revealed that jihadi groups use three main means of recruiting new members: influence through individuals, social media and traditional media. “The influence exerted by individuals is considered the most crucial factor compared with the others, as more than one-third of jihadi members were influenced by jihadi leaders and preachers to join these groups. In recruiting new members, jihadis rely heavily on preachers and imams, as well as former leaders from terrorist organizations," the study said. "They have also increased their public presence since 2011," with Ansar al-Sharia building Dawa tents and organizing forums across the country, delivering inflammatory speeches and distributing books. "Mosques, where jihadis enjoy a heavy presence, played an important role in spreading influence and recruitment.”

The study concluded that 69% of Tunisian jihadis received military training in Libya, and 21% in Syria. It stressed that 80% of jihadis move to the Syrian front line after undergoing military training in Libya. Jihadi influx into Syria has intensified since June 2014, when Islamic State (IS) leader Abu Bakr al-Baghdadi proclaimed the caliphate. This prompted Tunisian jihadis to join the battle in Syria to defend what they considered a caliphate state. Moreover, “Tunisian terrorists took advantage of the [facilities] at Tunis-Carthage airport to travel to Turkey, and from there, infiltrate Syria,” the study added.

Rough estimates reveal that more than 3,000 Tunisians fight for IS alone, constituting a serious threat to Tunisia’s national security upon their return. This is especially true since IS is suffering military setbacks, losing its North African base in Sirte, Libya, and fighting for its de facto capital in Iraq’s Mosul.

Journalist Abdul-Sattar al-Aidi praised the study while also pointing out its limitations. “As important as it is, this new study only covers a small part of Tunisia’s terrorism phenomenon,” he told Al-Monitor.

“This is the first study to tackle jihadism in Tunisia using court files, thus providing the public with access to the jihadis’ side of the story. The study also sheds light on the sociological and demographic distribution of jihadis. But the findings will remain limited to incarcerated jihadis who are part of a larger jihadi movement with thousands of members fighting in Syria, Libya and Iraq under its banner. Therefore, these findings are relative, knowing that they do not cover all court cases. Nevertheless, this study picks up where previous studies had left off, which will encourage further research into this phenomenon."