Saudi influence in the region has been on the decline for a number of reasons, and the kingdom has now suffered another setback in Lebanon with the election of President Michel Aoun, an ally of Hezbollah. 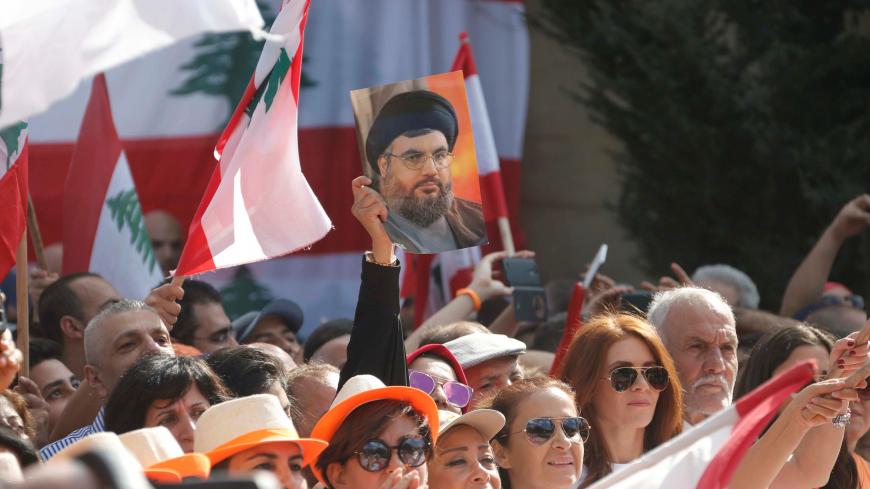 A woman carries an image of Hezbollah leader Hassan Nasrallah during an event to celebrate Lebanese President Michel Aoun's presidency, at the presidential palace in Baabda, near Beirut, Nov. 6, 2016. - REUTERS/Mohamed Azakir

Saudi Arabia is losing influence throughout the Fertile Crescent to its rival Iran. While Riyadh's position versus Tehran has been in decline for some time, the trend is accelerating. Saudi setbacks are partly due to factors outside its control, but also due to inherent weaknesses in Saudi capacities.

The kingdom has not had a friendly regime in Iraq since Saddam Hussein invaded Kuwait a quarter century ago and threatened to keep marching into Saudi Arabia's oil-rich Eastern Province. But for most of the 1980s, Saudi Arabia and Iraq were close partners in containing the revolutionary wave from Iran. King Fahd provided Saddam with tens of billions of dollars in aid during the Iran-Iraq War; without Saudi financial help, Iraq would have collapsed. Fahd also rallied the other Gulf states to help Saddam and promoted Saddam as a power to work with in Washington.

In 2003, King Abdullah thought the American decision to oust Saddam without having another Sunni strongman to succeed him was rash and dangerous. The Saudis were certain Iran would fill the vacuum. Riyadh was especially suspicious of the role Ahmad Chalabi played in the planning process of President George W. Bush's administration for postwar Iraq. The Saudis believed Chalabi was an Iranian agent.

Riyadh has been very reluctant to deal with any of the Shiite governments that have been in power since the invasion. The Saudis delayed opening an embassy for years and appointing an ambassador. Last month, they reassigned their ambassador out of Baghdad after reports of assassination plots. No replacement has been chosen and the post is likely to remain empty.

The Saudis support the war against the Islamic State in Iraq and Syria but they worry its defeat will only be the next stage for further Shiite and Iranian domination of the Iraqi polity. Riyadh has little faith in Iraqi politicians who promise not to pursue sectarian agendas.

Although Saudi Arabia is today a bitter enemy of Syrian President Bashar al-Assad, the kingdom used to be a close ally of his father. In 1990, Damascus sent troops to defend the kingdom against Saddam and together the two settled the Lebanese civil war (at the expense of Gen. Michel Aoun). In 2000, the Saudi ambassador to Washington, Prince Bandar, helped Assad consolidate power when his father died. Saudi support convinced the Alawite generals that Assad would be a strong ruler.

The assassination of Rafik Hariri ended Saudi support for Assad. When the 2011 revolution began in Syria, the Saudis quickly began to assist the Sunni forces. Saudi aid was not carefully targeted and much went into the hands of jihadi elements. As intelligence chief in 2011, Bandar oversaw the assistance and his priority was getting rid of Assad. If some weapons got into the wrong hands, that was the price of business.

The Iranian, Hezbollah and Russian interventions in the civil war have thwarted Saudi objectives. Assad is more firmly in power now than a year ago. Syria is more dependent on Iran and Hezbollah than ever before.

Now the Saudis have suffered another setback in Lebanon. Once the bete noire of the Assads, Aoun is now their man. Even more, Aoun is the champion of Hezbollah. His election after two years of political stalemate is another indication of which way the wind is blowing in the Levant. Saad Hariri will face a difficult challenge as prime minister in trying to form a government with opposition from Hezbollah.

Hezbollah has become a major source of difficulty for Riyadh. Its success in Syria and Lebanon have been at the cost of Saudi interests. The advice and expertise Hezbollah provides the Houthi rebels in Yemen is another irritation for the kingdom.

The decline in Saudi influence is the result of many factors, many outside Riyadh's control. Demography has worked against the Saudis in Iraq and Lebanon. The Sunni minorities are losing the demographic struggle to the Shiites. In both states, the Sunni political forces are badly divided.

Bush's adventure in Iraq is still adversely affecting both American and Saudi vital national interests. Yet the Saudis are also very critical of US President Barack Obama for letting Hosni Mubarak lose power in Egypt and for lifting sanctions on Iran.

The Saudis also lack the tools and instruments to project power that Iran has developed over decades. There is no Saudi equivalent of the Islamic Revolutionary Guard Corps (IRGC), which can provide expertise and advisers to groups such as Hezbollah and the Houthis. There is no Saudi general like Qasem Soleimani, the head of the Quds Force in the IRGC with years of experience in covert operations. The Saudis have good intelligence services but they are not on-the-ground, battle-hardened practitioners like the IRGC.

Riyadh traditionally has relied on financial support to project power. With the fall in oil prices, that is harder to draw on. Saudi Arabia canceled a multibillion-dollar military aid project for Lebanon in part to save money. The rivalry is costing both Riyadh and Tehran a fortune, but there is no end in sight.

Iran will not become the hegemonic power in the region. It faces many enemies and constraints. Iraqi, Syrian and Lebanese Shiites do not want an Iranian overlord. But Iran is increasingly the most influential player in the Fertile Crescent at the expense of Saudi Arabia.