Journalists claim that the decision to establish a second Arabic-language radio station in the north of Israel and not the south, where there is none, is driven by Prime Minister Benjamin Netanyahu’s strategy of weakening independent Arab-Israeli media outlets. 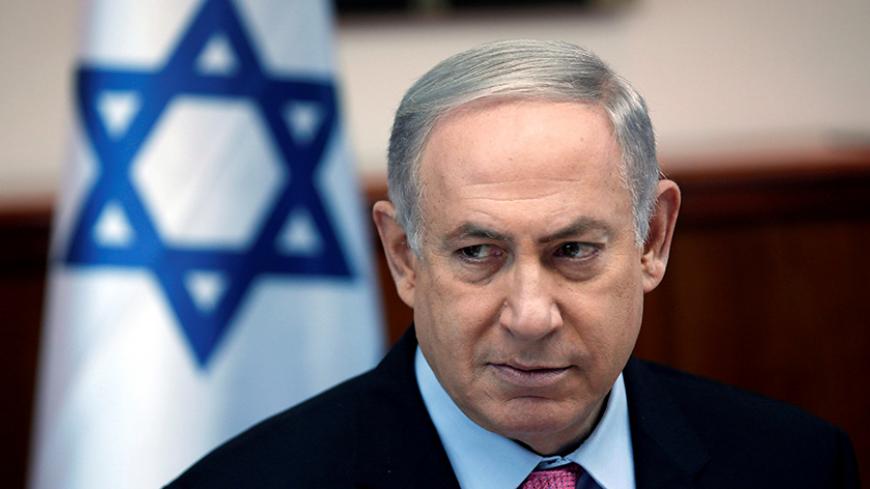 “We are very concerned about Netanyahu’s steps to dismantle the new Israel Broadcasting Corporation, and know that it won’t end there. We are the next in line,” a senior journalist from the Arab sector tells Al-Monitor on condition of anonymity. The journalist explains that while written journalism in Arabic and the influential, popular Arabic radio station Radio al-Shams, which reaches the Northern District, have always enjoyed full freedom of the press, the future of these media outlets is now unclear. Netanyahu’s goal, he argues, is to scare the Arab press into enabling government control of its content “that does not toe the line of the Zionist narrative.”

Radio al-Shams station manager Sohail Karem was summoned last week for a hearing before the Second Authority for Television and Radio, the public authority that supervises commercial broadcasting in Israel. Karem was told that the government plans to establish an additional Arab-language radio station in Israel’s Northern District. This means that the new radio station will compete with Radio al-Shams for a slice of the already shrunken publicity pie. This could well be the death blow to a popular station that, according to Second Authority polls, has high ratings among Arab-Israelis.

The prime minister’s divide and conquer tactic against the Israeli media is no secret to the station's higher-ups, who keep a close, concerned eye on Netanyahu’s attacks, especially on the electronic media. Netanyahu, who insists on keeping the media portfolio to himself, plans to split the commercial television Channel Two in the coming year. Through this move, the two franchisees (Reshet and Keshet, who now broadcast alternately) will each broadcast 24/7 on separate channels, with the extra costs of full-time broadcasting and separate news divisions while neither is in great financial shape.

Netanyahu is making no effort to hide his motives, and this week — in a blatant response to Ilana Dayan’s investigative report on the prime minister’s office that was aired on her Channel 2 show “Uvda” — his office noted in a written statement that the program “demonstrates perfectly why the media industry needs reform," and "The prime minister is determined to open the market up to competition that will add a greater variety of opinions, as well as an efficient national broadcaster.” The message came in addition to a fierce personal attack on Dayan portraying her as a member of the radical left.

“This is exactly the same argument we hear when they talk to us about granting a broadcasting license to another station to operate in the North,” Karem tells Al-Monitor. “But if their concern was primarily the Arab-Israeli public, as they claim, they would grant a license to an Arabic-language broadcasting station in Israel’s Southern District. Instead, they want to grant a license to a competing station that will weaken us.”

Karem’s words are somewhat puzzling, because Netanyahu’s efforts are usually directed at weakening those who criticize him and those who have influence over Israeli public opinion, and the station does not fit into this category. “We also wondered,” Karem says, “but we revealed that there is a group of people surrounding Netanyahu, including some from the Arab sector, who do not favor the existence of a strong professional entity like Radio al-Shams that exerts great influence on molding public opinion in Arab-Israeli society. In order to bring down this entity, they plan to grant a license to a radio station over which they will have access and influence, but in effect it will destroy everyone. We are the only media outlet standing on its own two feet in Arab-Israeli society, a station that operates according to meticulous professional codes. No one can accuse us of any type of bias,” he says, his voice betraying much apprehension.

Radio al-Shams was founded 13 years ago by the Gaon Holdings company, replacing the previous station that broadcast to the Arab sector, Radio 2000, which shut down after going bankrupt. About two years later, al-Shams investors washed their hands of the station because they felt that it was not profitable. At that point, Sohail Karem personally acquired the station and succeeded in attracting many listeners from the Reshet D Arab Station of Israel's public radio service, Kol Yisrael. According to Karem, the station sets the daily agenda for Arab-Israeli society. Its goal is to modernize this sector and open it to becoming part of Israeli society as a whole.

It became known to Al-Monitor that one of the promoters of the second radio station in the Northern District is Deputy Minister of Regional Cooperation Ayoob Kara, together with a group of close Netanyahu "associates" from the Arab-Israeli sector, to use the term certain Arab-Israelis use with derision. These individuals were the ones invited to the prime minister’s house after the last elections for Netanyahu’s much-publicized apology for the things he said on election day last year about "droves" of Arab-Israelis running to the polling booths.

“Netanyahu doesn’t give a damn about us. As far as he’s concerned, we don’t exist,” Houssen Sweiti, editor of the highly esteemed weekly Arab-Israeli magazine A-Sinara, tells Al-Monitor. “Even though we are listed in the Government Press Office, we have never received an invitation to join the prime minister in his travels abroad. We know that we are always being monitored.”

According to Sweiti, pressure on the written Arab-Israeli media outlets is exerted by ongoing decisions of the Government Advertising Agency (Lapam) on whether to buy advertising space. These sales constitute a significant source of income, which can spell life or death for them. When the Arab-Israeli media outlets fight for their financial existence, the size of advertising space purchased by Lapam also functions as a tool of punishment. “Media outlets that anger Netanyahu are likely to be punished, while those who dance to Jerusalem’s tune will be rewarded with an extra ‘slice’ of the advertising pie,” Sweiti concludes.