Jerusalem mayor plays with fire in threat to Palestinian homes

The mayor of Jerusalem has threatened to demolish Palestinian homes in East Jerusalem if the Amona settlement is evacuated. 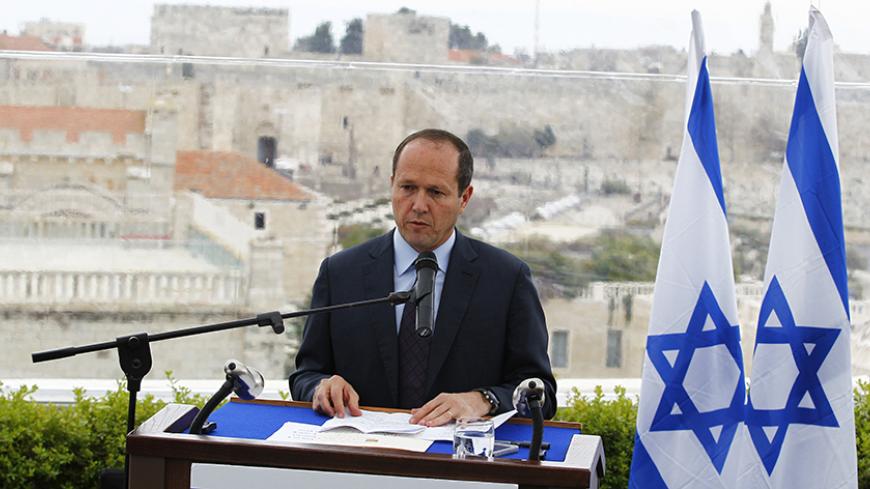 “Your Amona will bring back the intifada,” a Palestinian security source told Al-Monitor. “How come you can’t see that?”

He was referring to the Israeli right wing’s effort to prevent the court-ordered evacuation of the unauthorized settlement of Amona. According to the source, who spoke on condition of anonymity, extensive joint Palestinian-Israeli efforts in recent months to restore calm and prevent Palestinians from carrying out terror attacks in Israel could go down the drain, just for the sake of appeasing a few settler families in an unauthorized West Bank outpost built on privately owned Palestinian land. “This time we won’t be able to stop the violence, because popular sentiment will have changed,” he warned.

Several hours after that conversation on Nov. 16, it was reported that Jerusalem Mayor Nir Barkat was threatening to demolish Palestinian structures — illegally built and perhaps built on Jewish-owned land — in East Jerusalem unless the government prevents the evacuation of Amona. “If the Amona issue is not resolved, our hands are tied [by law], and we will be forced to demolish hundreds or thousands of homes in Jerusalem,” Barkat said. He added, “There should not be one law for Jews and another for Arabs.”

Barkat’s reference to “hundreds or thousands of homes” refers, of course, only to homes of Palestinians. Even as he spoke, the Jerusalem municipality was petitioning the courts to approve demolition orders for 14 structures housing some 40 Palestinian families in the Beit Hanina neighborhood. The city claims that the houses were built on private Jewish land administered by the state custodian.

The issue of land ownership in East Jerusalem is not new — it is legally complicated because of overlapping Ottoman, Jordanian and Israeli rule and statutes. However, it is playing with fire to bring it up at this time, after the so-called al-Quds intifada that broke out in October 2015 has been stemmed and routine, daily life has more or less been restored.

Much has been said about Nir's political aspiration of reaching the pinnacle of the ruling Likud. His latest actions and pronouncements appear to be geared toward right-wing Israeli circles, in an effort to court West Bank settlers. Their votes and their lobbying groups could help him climb into Likud’s top echelon.

“Barkat has proven that he represents the settlers and not all the city’s inhabitants,” Hani Issawi, a prominent activist in the Issawiya neighborhood, told Al-Monitor. Residents of his neighborhood feel threatened by Barkat’s statements, he said.

“They feel anger and rage,” Issawi explained. “The significance and the results could turn out to be major and severe. I’m talking about unrest far wider and deeper than we’ve seen before.”

Other Palestinian activists from Jerusalem who requested anonymity agree that there is, indeed, a sense of a “state of emergency” in the eastern part of the city. One of them warned, “It all looks like preparation for the outbreak of another intifada.”

“There are people here who lived here under the rule of the British Mandate and then under Jordanian rule, until they were conquered by the Israelis,” Dahoud Abu Sinna, a resident of East Jerusalem's Silwan neighborhood, told Al-Monitor. “If the mayor wants to evacuate them now, we’ll tell him go ahead, but it should be clear that this will not go down smoothly. Someone comes to you to destroy your life, yours and that of your children, and you’re going to thank them?”

Tensions in the Palestinian neighborhoods of East Jerusalem are mounting not only because of Barkat’s threats, but also against the backdrop of the “muezzin bill,” legislation proposed by Knesset member Moti Yogev of HaBayit HaYehudi and approved by the Ministerial Committee on Legislation and soon scheduled for a first vote in the Knesset. The bill, designed to silence the Islamic call to prayer over mosque loudspeakers, is of great concern to residents of East Jerusalem. The muezzin’s call to the faithful is part of their daily routine, especially in the large and bustling neighborhoods where many have adopted a religious way of life in recent years.

“This all proves the irresponsibility of the Israeli leadership,” Issawi said. “Barkat’s remarks and the silencing of the muezzins constitute a blow to the most fundamental elements of our society. We view this as deliberate provocation and an undermining of the status quo.” Issawi added that the call to prayer is an indispensable element of Muslim religious life, and Barkat’s pronouncements are fueling fires of discord.

Issawi, Abu Sinna and other activists believe that the wave of violence that broke out last year was the result of “Israeli provocations at Al-Aqsa Mosque.” Issawi asserted, “[The attempt] to break all the rules and undermine the status quo is what led to the intifada of the youths. The [repeated] attempts now to change the religious and civil status quo are by way of a shockwave that could result in a violent outbreak, which will be harder to stem, if it’s at all possible.”

The mayor of Jerusalem is unlikely to carry out his threat and demolish hundreds or thousands of Palestinian homes in the city, some of which have been standing for decades. One thing is certain: Sometimes all it takes are words to ignite a major conflagration.