The row over Turkey’s military presence in Iraq is growing bigger by the day. 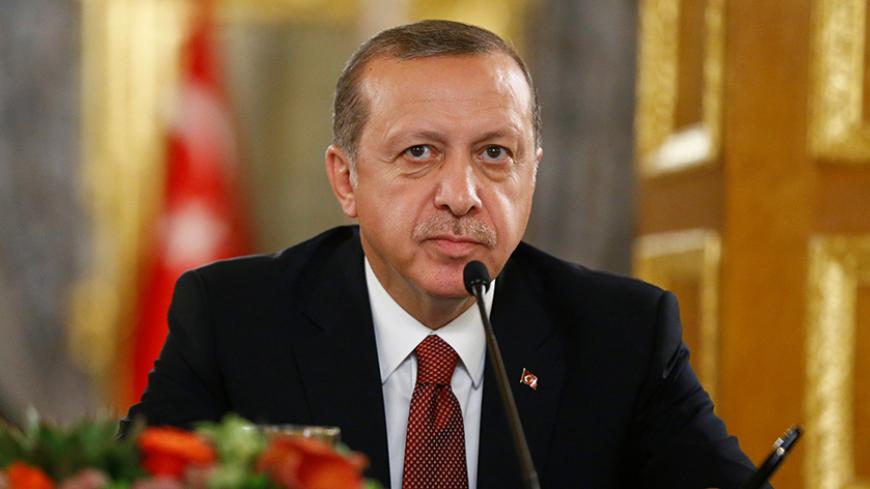 Hopes of defusing the escalating crisis between Turkey and Iraq ahead of a critical battle to retake Mosul from the Islamic State (IS) were all but shattered after Turkish President Recep Tayyip Erdogan told Iraqi Prime Minister Haider al-Abadi to “know his place.”

“Iraq had certain requests from us regarding Bashiqa, and now they are telling us to leave, but the Turkish army has not lost so much prestige as to take its orders from you,” he roared. Erdogan was referring to the Bashiqa camp, north of Mosul, where Turkish troops are training several thousand Sunni militia fighters loyal to Atheel al-Nujaifi, former governor of Ninevah province.

The spiraling dispute between the key allies in the US-led coalition against IS erupted last December, when Turkey deployed several hundred members of its special forces, together with 20-odd tanks to Bashiqa, sparking calls from Baghdad for the immediate withdrawal of Turkey’s “occupying force.” Washington has since been furiously mediating between the sides amid worries that the row could derail the battle for Mosul, which is expected to begin in the coming weeks.

Turkey insists that Baghdad was fully informed of its presence in Bashiqa. The Iraqi Kurds have backed Ankara’s version of events, saying that Turkish troops were in Ninevah to train Sunni volunteer forces with the “knowledge” and “consent” of Baghdad.

Turkish media outlets reported Erdogan’s criticism of Abadi, made during a meeting of Islamic leaders in Istanbul Oct. 11. “You are not my interlocutor, you are not at my level, your quality is not at my level,” Erdogan said in the remarks aimed at Abadi. The president went on to say that the Iraqi premier’s “clamoring from Iraq” is not important, warning him to “know your limits.”

“They had requests for us to set up a base in Bashiqa during [Prime Minister Ahmet] Davutoglu’s term. We have live recordings of all this, and those recordings will be broadcast on TVs today or tomorrow,” Erdogan added.

This, however, is only half the story. Iraq was indeed aware that Turkey had sent several dozen forces to Bashiqa as trainers after IS stormed into Mosul in 2014. It is also true that Iraq’s recently sacked defense minister, Khaled al-Obeidi, had visited the Turkish camp. That, however, was before Turkey sent in hundreds of elite troops and tanks in December 2015 without seeking Baghdad’s approval.

The Iraqi Kurds had appealed to Washington for help at the time, claiming the Turks had told them that they were coming, but that Erbil didn’t want them to. In any case, the Kurds would have been unable to stop them, and now there is little Baghdad can do to physically eject them.

Meanwhile, Nujaifi has made some conciliatory noises, saying his forces will be operating under the command of the Iraqi army, which is what Washington has been pushing for all along. In fact, he has agreed to only putting some, but not all, of his men under Iraqi command.

The real risk is that Erdogan’s bellicosity will further inflame sectarian tensions in Iraq and interfere with efforts by Washington and Abadi to keep extreme Shiite elements, like the Iranian-backed Kata’ib Hezbollah, away from the immediate vicinity of Mosul. It could also provide further ammunition for former Iraqi Prime Minister Nouri al-Maliki, who is bent on unseating Abadi.

Washington has repeatedly expressed support for Abadi. State Department spokesman Mark Toner laid out the US position, saying, “It's up to the Iraqis and the Iraqi government to speak to Turkey’s role in Iraq.” The truth is that short of using military force, Washington can't kick Turkey out of Iraq.

As Al-Monitor columnist Kadri Gursel recently noted, Erdogan’s chest thumping may have little to do with any neo-Ottoman ambitions over Mosul. More likely, it is to maintain a permanent state of impending conflict with enemies, real or fabricated, which, in turn, would serve to justify extending the state of emergency inside Turkey.