Iraq has called on the UN Security Council to adopt a resolution calling for the immediate withdrawal of Turkish troops from its soil. 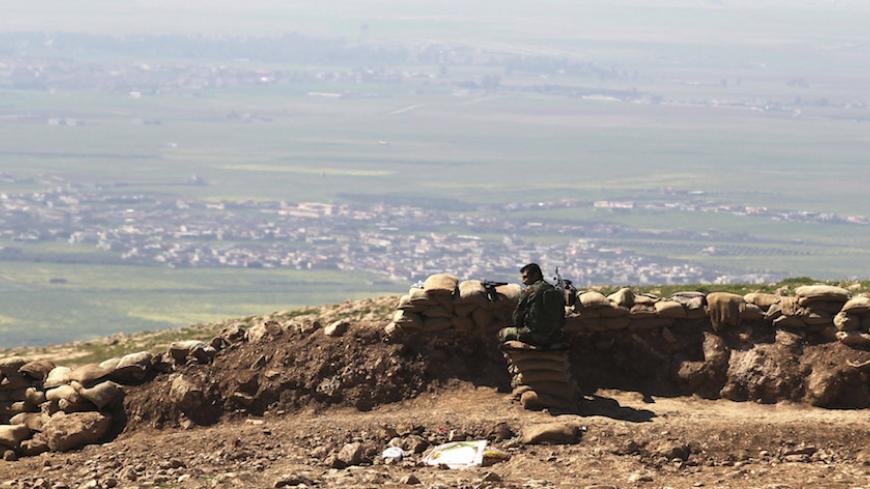 The deepening row between Turkey and Iraq took a further turn as Baghdad requested an emergency session of the UN Security Council to review what it considers the illegal presence of Turkish troops at the Bashiqa camp near Mosul, while a top Turkish official claimed the soldiers were there at the request of the Iraqi Kurdistan Regional Government (KRG).

Speaking at a public ceremony, Turkish government spokesman Numan Kurtulmus said, “With regard to Bashiqa, it is clear from the very beginning that the [President Massoud] Barzani administration wanted the support of Turkish forces to train local forces to liberate Mosul. We will not allow this to be a matter of debate.”

Turkish Prime Minister Binali Yildirim joined in the salvoes, asserting, “Iraq’s obsession with the Turkish military presence is malicious. The Turkish presence there will continue.”

The KRG, however, has stopped short of confirming Turkey’s claims that Turkish troops had been deployed at its request and instead threw the ball into Baghdad’s court.

KRG spokesman Safeen Dizayee said Turkish troops had deployed to Bashiqa to train Ninevah province’s Sunni volunteer forces with the “knowledge” and “consent” of the central government in Baghdad and that the KRG had merely “facilitated” the transfer. Dizayee additionally claimed that Iraq’s recently ousted defense minister, Khaled al-Obeidi, had visited the Turkish camp.

Dizayee’s statement followed a phone call between Barzani and US Vice President Joe Biden to discuss the pending operation to liberate Mosul from the Islamic State. Biden reportedly urged Barzani to publicly refute Turkish claims that its troops had come to Bashiqa at the KRG’s behest.

The spokesman for the US-led coalition against IS, Col. John Dorrian, laid out Washington’s position when he told a press conference in Baghdad that every force “should be here with the coordination or and with the permission of the government of Iraq.”

In private conversations with coalition officials, the Iraqi Kurds claim that they did not invite the Turks to Bashiqa. The KRG, however, has never publicly aired criticism of the Turkish deployment. The Iraqi Kurds view the Turkish presence as insurance against the predominantly Shiite Popular Mobilization Units possibly trying to seize upon the Mosul campaign to push KRG peshmerga from disputed areas inside Ninevah province that had been abandoned by the Iraqi army when IS struck in summer 2014.

Indeed, there is talk of the KRG aligning itself with a Turkish and Saudi-led Sunni bloc to offset potential moves by neighboring Iran to sabotage Barzani's long-nurtured plans for an independent state. Barzani is counting on Turkish President Recep Tayyip Erdogan to back these plans. A mega energy deal inked between the KRG and Ankara in 2013 for the sale of Kurdish oil and natural gas, allegedly at well below market prices, was calculated to help cement Erdogan’s support.

There are widespread allegations that Berat Albayrak, Turkey’s energy minister and Erdogan’s son-in-law, holds a stake in Powertrans, the Turkish company that was awarded a monopoly on trucking Kurdish oil to Turkey. Regardless, the Iraqi Kurds’ sole outlet for energy exports, on which their economic survival depends, is Turkey.

Still, how far Turkey will go to defend the Iraqi Kurds remains unnervingly unclear. As Barzani himself noted, when IS came within striking distance of the KRG capital of Erbil, it was Iran, not Turkey, that rushed to their defense.