Matters got interesting after two American brothers in their early 30s traveled to a Tunisian town near the Algerian border. 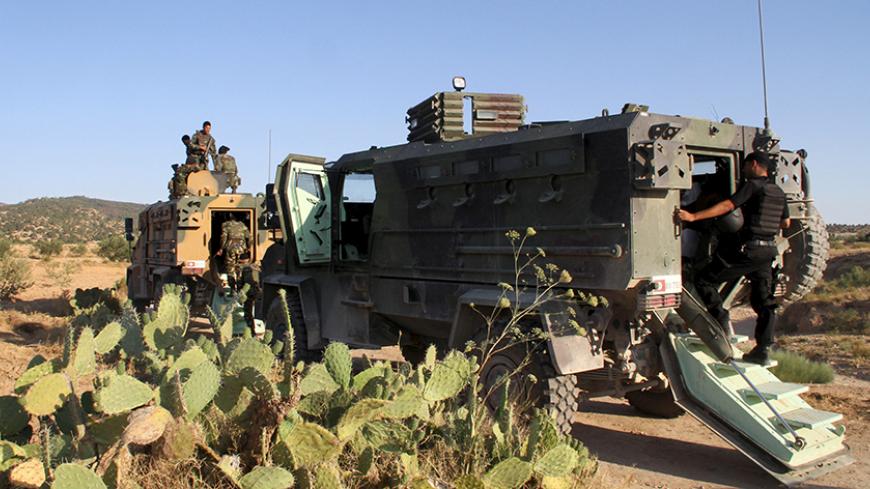 The Tunisian town of Jendouba, near the Algerian border and nestled under the Chaambi Mountains, doesn’t see a lot of Western tourists this time of year. So when two white American men stepped off a collective taxi coming from the capital, Tunis, the afternoon of Oct. 23, people were naturally curious — though no one immediately thought they might be terrorists.

The men, identified by police as Nathan Wells Lawwill, 32, and Patrick Alan Lawwill, 31, from Lansing, Michigan, arrived in Tunis from the United States over a year ago. The brothers told residents and police that they were in Jendouba to enroll in graduate-level computer science courses. According to Abdelatif Ayadi, the police chief of nearby Ezzahwa, local police first kept an eye on the men as a precautionary measure for the visitors’ safety.

With the help of a young local woman, the brothers rented a small apartment above a cafe in Ezzahwa, not far from Jendouba’s main university, paying 150 dinars ($66) in cash for one month’s rent. Lotfi Ouergli, the landlord and owner of the Jawhra Cafe, told Al-Monitor that he was immediately struck by the appearance of the men, which seemed out of the ordinary to him for Americans: Both were very pale and unshaven, sporting big boots and clothes several sizes too large.

The older brother, Ouergli noted, seemed to be the domineering one in the relationship, while the younger brother appeared paranoid. Ouergli became nervous when he heard them listening to television in Arabic and when the older brother began talking in earnest about praying and going to the mosque, though he insisted the men were polite and respectful. On Oct. 24, almost one full day after they arrived in Jendouba, the brothers were called into the neighborhood police station, in part after it was discovered they were not enrolled at any university in town and had never previously studied computer science, according to Ouergli.

In the past few years, Jendouba has been on high alert for terrorist activity. Because of its geographical proximity to Algeria and the Chaambi Mountains, terrorist groups including the Islamic State (IS), Ansar al-Sharia and al-Qaeda in the Islamic Maghreb all have a presence. In February 2014, three insurgents set up a decoy roadblock and killed four people. In February of this year, 16 terrorists were arrested following search operations and violent clashes, while two explosive devices near the city’s Bilal mosque were discovered and defused in June. According to police sources who spoke with Al-Monitor, since the revolution over 200 suspected terrorists and Islamists have been arrested.

Local police were concerned the brothers could be involved in terrorist activity, and they issued a search warrant the evening of Oct. 24. Police entered the apartment and seized religious books, including a Quran, and searched the men’s phones and computers. On one brother’s device they found pictures of Osama bin Laden, both alive and deceased, and several images of women in niqabs. That brother's Facebook page, which was under a pseudonym, had an image of the IS flag. Police also found a text message in French on Facebook Messenger to a fighter in Syria. According to the police officer who searched the devices, the message stated that the American wanted to be on the “front line of jihad in order to protect his brother.”

On the morning of Oct. 25, the brothers were sent to El Gorjani detention center in Tunis, the country’s main counterterrorism center, notorious for its use of torture. The brothers, however, were quickly released and driven away in a US Embassy car, according to Jendouba officials. The US Embassy in Tunis declined to comment on their release or their health, referring questions to the State Department in Washington. Spokesman John Kirby noted in an email that the government is “aware of reports that US citizens in Tunisia were arrested on suspicion of terrorist activities,” but — citing privacy concerns — declined any additional comment.

“The way this incident has been handled so far is a sign of how strong the US-Tunisia security relationship is,” Sarah Yerkes, a visiting fellow at the Brookings Institution’s Center for Middle East Policy, told Al-Monitor via email, noting that judicial procedures were properly implemented.

The United States and Tunisia have strong diplomatic ties that date back to Tunisia’s independence from France. Though Tunisia is not as strategically important for the United States as other Arab countries, Washington has supported Tunisia’s democratic transition and strongly condemned terror attacks in the North African country. The Obama administration has stated that it is keen to position Tunisia as a “key counterterrorism partner in the region.” In recent years, the United States has conducted manned surveillance flights and provided Tunisian security forces with information about security threats. Domestic terrorism concerns, however, have mostly been limited to Tunisian and Libyan militants — not potential American extremists.

Befuddled officials back in Jendouba are still searching for answers. The men constantly changed their story, a police source said, and were unable to provide a succinct reason for their visit to Jendouba.

There are better universities in the country, an official said, for both tech and religious studies. It is unclear if the men were trying to pass through town, meet up with terror cells in the mountains or establish contacts in Jendouba. Perhaps it had to do with a bad marriage — the eldest brother had recently divorced his Syrian-Tunisian wife — or maybe it was all one strange coincidence.