While the recent Nobel Peace Prize win for Tunisia's National Dialogue Quartet is cause for celebration, the country's security situation has continued to deteriorate in the years since the Arab Spring. 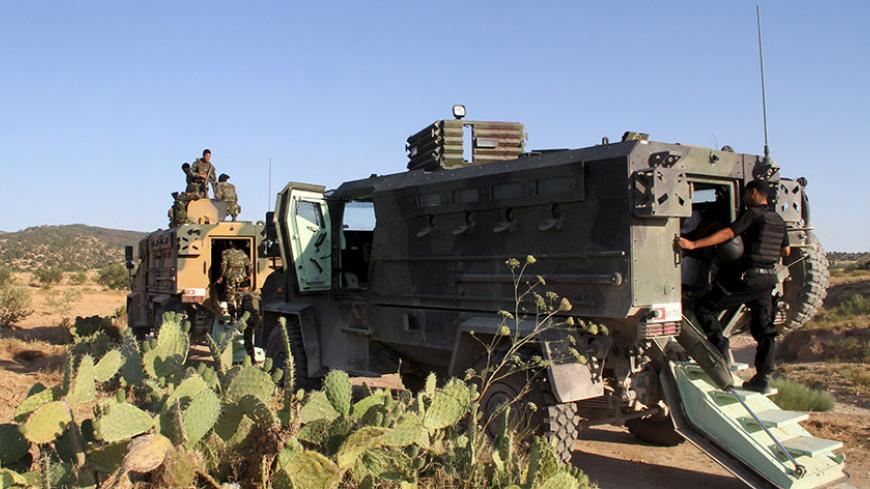 TUNIS, Tunisia — The Tunisian National Dialogue Quartet, which brokered a political agreement in Tunisia’s toughest challenge since the Jasmine Revolution, was awarded the Nobel Peace Prize earlier this year. However, while winning the prize was the best news in Tunisia this year, the security situation remains fragile.

Just three days after the news of the prize broke, another attack against the Tunisian security forces occurred in the western mountain area of the Chaambi region, close to the Algerian border. Two soldiers were shot dead and four others were wounded in an exchange of fire. According to Long War Journal, a local herder was also kidnapped, whom the group claimed to have “finished off” together with others the group accused of being Tunisian spies.

Katibat Uqba Ibn Nafi (KUIN) is an al-Qaeda in the Islamic Maghreb (AQIM) affiliate, which traces back to the Algerian war in the 1990s. Little is known about the group’s origin, but its leader, Abdelmalek Droukdel, is a veteran Algerian militant affiliate, and the group is believed to be composed of Algerian and Tunisian factions. It started to operate in 2012 and has since then primarily operated around the Tunisia-Algeria border region, where it is believed to still be hiding, primarily in the Mount Chaambi area, which has been cordoned off by Tunisian army troops since the end of 2012. The group consists of approximately 50-60 men, estimates security analyst Habib M. Sayah. After the recent attack, which according to the group caused “large injuries in the apostate army,” the group announced through a Twitter account that the group had entered a “new stage in the conflict with Tunisia and their supporters who reported the mujahedeen.”

Since 2012, the group has targeted the Tunisian state, primarily aiming to weaken the security forces. The group’s deadliest attack came in July 2014 when 15 soldiers were killed and 20 were wounded in an attack in the Mount Chaambi region, the worst loss since independence in 1956. Yet, since 2012 the Kasserine region has seen a large number of attacks. The group’s links to larger terrorist networks such as al-Qaeda central were disputed for a long time, but earlier this year the group publicly endorsed AQIM through different media channels, putting an end to rumors suggesting, for example, that KUIN aligned itself with the Islamic State (IS). AQIM has also in return endorsed different attacks perpetrated by the group.

At the same time, there have been reports that parts of the group have left in order to pledge allegiance to an IS-linked cell. In the aftermath of the national crackdown on Ansar al-Sharia (AST), which, after the revolution, was able to operate fairly freely until the Tunisian state deemed it a terrorist organization in 2013, there have been doubts about whether parts of the AST members that remained in Tunisia joined KUIN or IS or continued to pledge allegiance to Ansar al-Sharia underground. IS addressed Tunisia for the first time in December 2014, calling on Tunisians to pledge allegiance to Abu Bakr al-Baghdadi and travel to Libya for training, according to jihadist researcher Aaron Y. Zelin.

It has been a difficult year for Tunisia, with two of the country’s deadliest terrorist attacks targeting the country’s foreign tourists — one targeting visitors to the National Bardo Museum in the country's capital of Tunis on March 18, killing 22 people, and another three months later, on June 26, where a single shooter on a beach in Sousse killed 38. The Tunisian government blamed KUIN; however, a group affiliated to IS claimed responsibility for the two attacks. The three young gunmen behind the two attacks were all believed to have been trained in Libya, where an IS affiliate has been able to grow as two rival governments fight four years after the Arab Spring put an end to Moammar Gadhafi's regime. The attacks were a distinct change in the nature of terrorist attacks in Tunisia, which had primarily been perpetrated by KUIN and focused on targeting the state. Tunisia’s successful democratic transition has also made it a target for violent jihadists who want to disrupt the country’s praised democratic transition.

In the aftermath of the Sousse attack, Tunisian authorities declared a state of emergency, the security forces were given increased authority, and army reserves were called in to patrol the country’s beaches, hotels and other tourist sites. The state also cracked down on about 80 mosques accused of inciting violence. To secure the 500-kilometer (310-mile) Libyan border, Tunisian authorities have decided to build a wall to try to separate itself from the war-torn country and prevent Tunisians from joining training camps in Libya.

Tunisian authorities have also increased operations around Chaambi. And even though the group has mainly been isolated to a 60-square-kilometer (23-square-mile) area since 2012, Tunisian army troops deployed in December 2012 have proven unsuccessful in cracking down on the group. The government announced on at least two occasions in 2013 that the area had been liberated, said Sayah, but few results have been seen. According to a spokesperson for the Ministry of Defense, the first ground incursion by the army occurred in the summer of 2014. “The principal tactics employed by the military were inadequate as they mainly relied on heavy artillery and aerial bombardments,” argued Sayah, adding, “You cannot bombard your way out of guerrilla warfare.” The impact of artillery is limited when used against small and highly mobile units evolving on a rough terrain like the mountainous areas along the Tunisian-Algerian border. The armed forces were primarily designed, trained and equipped to respond to conventional threats like arms invasion, explained Sayah, not adapted to the asymmetric tactics by a guerrilla group such as KUIN.

Some of the operations have proved successful — for example, an operation in Gafsa conducted by the National Guard in cooperation with the Tunisian armed forces resulted in the death of several key commanders, including Khaled al-Shayeb, also known as Luqman Abu Sakhr. But the Tunisian response has largely been ineffective, and KUIN has instead been able to expand its presence into the neighboring mountain region of Jebel Semmama as well as Gafsa and northern Jendouba and Beja. The Tunisian army has received training from the United States in mountain operations as well as technical support, including aerial surveillance. Since the Sousse attack, however, the Tunisian government has pleaded for more international assistance. Encouraging words will not be enough, argued Prime Minister Habib Essid, after the Sousse attack. “We need more support, more cooperation — especially in terms of the quality.”