Tunisia is taking important steps to counter jihadism, but must also address the underlying causes of extremism. 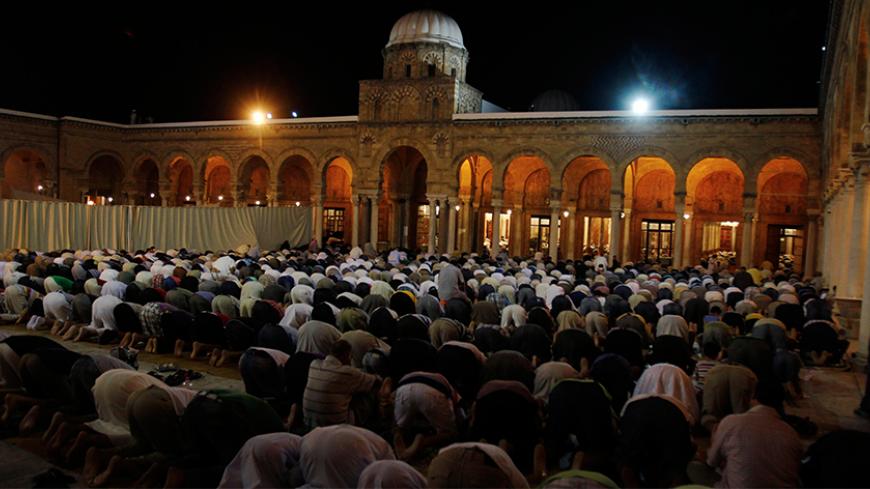 TUNIS, Tunisia — As Tunisia addresses its recent terrorist threat with a short-term security crackdown, long-term measures from the Ministry of Religious Affairs aim to take back Islam from extremists and enlighten its youth through social media and the help of moderate imams.

“It is we who represent Islam. Not them,” Najet Hammami of Tunisia’s Ministry of Religious Affairs told Al-Monitor recently. Hammami was referring to radical elements behind the country’s three major terrorist attacks this year: the attack on the Bardo National Museum in Tunis March 18, the mass shooting at a tourist resort in Sousse June 26 and the latest, the Nov. 24 suicide bombing of a military bus in downtown Tunis. The Islamic State (IS) claimed responsibility for all three attacks.

The assaults come as Tunisia, a democratic success story, struggles to understand why around 3,000 of its citizens have gone to become foreign fighters for IS — among the highest rates in the region.

Hammami said that all of Tunisian society needs to take part in the fight against radicalization. The Ministry of Religious Affairs plays a key role in that fight, she said, and is establishing a counternarrative campaign, “We are Islam.” The movement aims to reach young people over social media platforms like Twitter and Facebook.

“We need to use technology in the same way” as the radical recruiters, she said.

Some reasons for Tunisia’s developing radicalization may be found in its history. Religion has historically been a controversial topic in the country, as its practice was strictly regulated during the administrations of ousted Presidents Habib Bourguiba and Zine El Abidine Ben Ali. When the revolution put an end to decades of repression in 2011, Salafi movements such as Ansar al-Sharia Tunisia quickly took advantage of the newly won freedoms. The group’s founder, Seifallah Ben Hassine, better known as Abu Iyadh al-Tunisi, was released along with about 300 jihadists during an amnesty period shortly after the revolution.

The Ministry of Religious Affairs has tried to regain control over the mosques, aiming to replace violence-inciting imams with ministry-sanctioned religious leaders. The government has employed 600 people tasked with ensuring that the imams’ rhetoric is in accordance with the law. But Hammami estimates there are about 5,400 mosques in Tunisia, and it is not easy to control them all. At the moment, there are about 80 mosques operating without permission from the government, and they are being closed down.

However, publicity surrounding the imams’ dismissals and mosque closures needs to improve, according to security analyst Habib Sayah. So far, he told Al-Monitor, jihadi groups have been taking advantage of the government’s efforts, as the closures seem to reinforce their narrative. To them, the controls prove the state is declaring war on Islam and true believers.

“Each wave of mosque closures is followed by aggressive campaigns framing it as an act of tyranny,” said Sayah. One slogan that trended on social media following the first crackdowns under former Prime Minister Mehdi Jomaa was, "Even the apostate Ben Ali never dared to close a mosque.”

Mosques are important public spaces and their imams influence a lot of people. Many young Tunisians pray in mosques on a regular basis, so it is important to address their grievances, according to Afif Sbabti, an imam and vice president of the venerable religious institution Zaytuna.

“After the Friday prayer, there are usually people who want to talk or ask questions,” Sbabti told Al-Monitor. After the revolution, many people wanted to delve deeper into Islam after so many years of repression. He is convinced that one solution can be found in education about Islam, especially for the young. However, Zaytuna University’s resources are limited, he stressed.

Imams can offer a message based on the true values of Islam and thereby counter those who use religion to incite violence, said moderate Islamist politician Sayida Ounissi, who spoke to Al-Monitor.

“The imams have a very important and symbolic role,” she said. They need to reclaim the mosques that have been influenced by imams targeting youth with radical discourse, and they need to address the youths’ grievances. Religious leaders play a key role for young people and should discuss the nature of being a young Muslim and how to take part in the community and improve society, she said.

“The imams can definitely be a catalyst for citizenship and [develop] the feeling of community,” she added. “They have a responsibility.”

To train its imams, Tunisia has looked to Morocco as a model.

Morocco has become known for a multifaceted approach to counter radicalization that promotes a tolerant spirit of religious traditions and learning that includes a TV channel and radio stations. The approach was initiated after a terrorist attack in Casablanca in 2003, when 12 young men from a poor suburb of the city attacked a luxury hotel, a Jewish community center and a Spanish restaurant full of tourists, killing 33 people. In March 2014, the two countries began working together on religious reforms and the education of Tunisian imams in Morocco. The aim is for young Muslims to follow in the imams’ footsteps toward moderate Islam.

“Morocco can be a model for us,” Ounissi said.

However, moderate religious teaching must be promoted through local socio-political contexts, said Anouar Boukhars, associate fellow at the European think tank Foundation for International Relations and Foreign Dialogue and a nonresident scholar in the Middle East program of the Carnegie Endowment for International Peace.

In North Africa, the decline of the Sunni Maliki school of jurisprudence, to which most Moroccans, Algerians and Tunisians adhere, has, according to Boukhars, received little attention as an underlying enabler of the spread of Salafi appeal. Therefore, strengthening neighborhood mosques and imam-training institutions is crucial to building a credible counternarrative to the intolerant ideas and practices propagated by some self-proclaimed Salafi clerics. Yet there are also risks, and the government should proceed with caution in overhauling traditional religious institutions and mosques, Boukhars told Al-Monitor.

Giving the Ministry of Religious Affairs full control over religious discourse would undermine religious freedom, said Sayah. This was the procedure under Ben Ali’s regime: Friday sermons were dictated by the government. As a result, people flocked to the mosques that were led by rebellious imams — both liberal and conservative — who delivered a message perceived as more authentic than that of the ministry.

“Restoring the old system will undermine the credibility of the message,” said Sayah. For a sustainable result, the discourse should focus on “empowering those religious leaders who are genuinely liberal and help them win over the youth through a softer approach.”

The message needs to be plain, but not simplistic, Sayah said. “Simple messages such as ‘Islam is a religion of peace’ may not convince radicals who are well-versed in religious scriptures, where counterarguments can be found easily,” said Sayah.

Also, the character of the person delivering the message is important, he said. Certain religious scholars or institutions have been denigrated by jihadist leaders as hypocrites or opportunists.

“Many young people also distrust the older generations, which is why young religious leaders should be at the forefront of the battle against violent extremism,” he added.

Developing credible clerics and religious institutions is an important step in the fight against religious extremism, but it is not enough, Boukhars concluded, saying, “Serious and credible theologians can tear down violent interpretations of Islam, but unfortunately they can’t tackle the root causes of militancy.”