The battle of the Euphrates islands: The last stages in the fight against IS

In conjunction with the Mosul operation, the Iraqi army has launched an operation in Anbar province to liberate islands in the Euphrates River that are under Islamic State control and are used as IS safe havens. 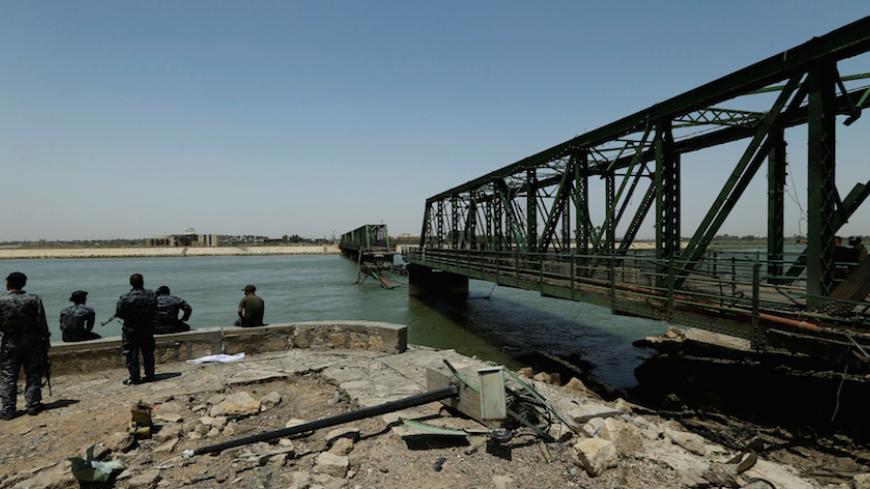 A bridge over the Euphrates River is seen in Fallujah after government forces recaptured the city from Islamic State militants, Iraq, June 27, 2016. - REUTERS/Thaier Al-Sudani

BAGHDAD — Many islands in the Euphrates River in Anbar province have been or still are under the control of the Islamic State (IS).

On Oct. 20, the Iraqi army announced that it was launching an operation in Anbar province simultaneously with the Mosul operation to liberate the last locations IS holds, including Anah, Rawah and Qaim. These areas include islands in the river and land on the eastern side of the river, which all are known under the same name. For example, Qaim includes several islands in addition to the area around it. The Iraqi army now aims to liberate the islands and the eastern side of the river. The western side was previously liberated.

Liberating the islands and the eastern side of the river should help support the Mosul operation and prevent IS fighters from finding other places to move to after fleeing Mosul.

By liberating these islands and the eastern side of the river, the military units would be killing two birds with one stone. First, this would provide protection to liberated areas from any new attacks, pushing the front lines away from the Euphrates River, not to mention controlling the international highway connecting Iraq with Jordan.

Second, the operation would provide cover for the Iraqi forces advancing toward Mosul, preventing any IS attempt to surround them. This would also prevent IS from returning to the liberated areas for use as safe havens and weapons caches while trying to flee Mosul.

These areas in geographical order (upstream along the Euphrates River) are in or around Khalidiya, Ramadi, Hit, al-Baghdadi, Haditha, Anah, Rawah and Qaim. Sometimes, groups of islands are known all together by one name, such as the Hit islands, which are located in and around the town of Hit.

IS’ presence on these vastly separated islands poses a major threat to the liberated areas, as they are exposed on an ongoing basis to a daily barrage of Katyusha rockets and mortar bombs, not to mention suicide bombers crossing the river to carry out attacks.

The area between the Hit islands and Haditha — including al-Jaba, al-Baghdadi and al-Dulab — also contains a number of small islands.

The Iraq operations command has taken it upon itself to liberate the small islands, in addition to those at Hit, working with the Iraqi army's 7th Division and tribal fighters in al-Sumoud Brigade.

The operations to liberate the Hit islands were launched Sept. 29, only to come to a halt a few days later as troops were preoccupied with the liberation of al-Baghdadi. This is not to mention the fierce resistance by IS and bad weather conditions.

In the meantime, military units and the 7th Division were taking part in other battles in al-Jaba and al-Baghdadi, whose liberation was announced Sept. 23, two days after launching the operations.

On Sept. 28, the military units managed to liberate al-Dulab, with all its villages and towns — Dankiya, Waradiya, Tahmaniya, Talihiya and Maraabadiay. A floating bridge connecting al-Baghdadi to the eastern side of the river was also set up.

The Hit islands stretch from Tarabisha in Ramadi all the way to Zawyat Elbunemr, Harariyat and Tel Aswad, down to IS’ last and most prominent stronghold in al-Bikr neighborhood, which is on the eastern side of the river, opposite from the center of Hit.

Following the liberation of Tarabisha, IS’ last stronghold in Ramadi, the Anbar Operations Command announced the relaunch of the operations for the Hit islands, in conjunction with the 10th Division and tribal fighters Oct. 7. These units managed to reach Zawyat Elbunemr.

A special Iraqi military unit created to liberate islands and the eastern side of the river, together with tribal fighters, resorted to the element of surprise by crossing by boat from Hit to the other bank at al-Bikr. On Oct. 11, Hit was declared to be completely liberated.

Ramadi consists of the areas of Bo’aitha and al-Bufiraj, which were previously liberated as part of the battle to liberate Ramadi, almost a year ago. The area also includes al-Buziab, al-Buali, al-Jasem, al-Buassaf and Tarabisha on the eastern side of the river.

In conjunction with the successful operations to liberate Sharqat, new military operations were launched Sept. 20 to recapture the islands stretching from Ramadi all to the way up to Haditha, 240 kilometers (150 miles) northwest of Baghdad.

The Anbar Operations Command, led by Maj. Gen. Ismail Mahlawi, in addition to battalions 38, 39, 40, 41 of the Iraqi army’s 10th Division, also took part in the battle to liberate Ramadi. On Oct. 4, it was announced that Tarabisha had been liberated; this was followed by the liberation of the entire area around it the next day.

On July 30, before the operations to retake the islands, the Anbar Operations Command announced the start of the battle to liberate Khalidiya, which stretches from the Japanese Bridge, west of Saqlawiyah in the Malahima area, all the way through Hammiyat and Bubali, down to al-Buabad in the area across from al-Habaniya and Khalidiya.

The operations were launched under the leadership of the military units in the army and federal police, with the participation of the Ali al-Akbar Brigade, the Imam Ali Battalions, the Master of Martyrs Brigades, Ansar al-Aqida Brigade and the 8th, 10th and 14th Divisions of the Iraqi army.

The next day, Hadi al-Amiri, the secretary-general of the Badr Organization, announced the end of the operations and said Khalidiya was fully liberated. This statement, however, was not entirely true. The liberation of Khalidiya was one of the hardest and fiercest operations for the involved security units, necessitating reinforcements from the Badr troops, the Hezbollah Brigades, Waa’d Allah forces and the League of the Righteous brigade. Fighting continued until Aug. 27, when the territories came under full control.

Following the liberation of the Khalidiya, Ramadi, Hit and al-Baghdadi areas, and those stretching from Baghdad to Haditha, which were completely retaken, only the areas of Rawah, Anah and Qaim remain in IS’ grip along the river. The operation to liberate Rawah and Anah has just started; government forces hope that it will not take long. The liberation of Qaim, however, is likely to be bumpy, as it is connected to Syrian areas controlled by IS.

Iraqi special forces stand to gain stature with victory over IS 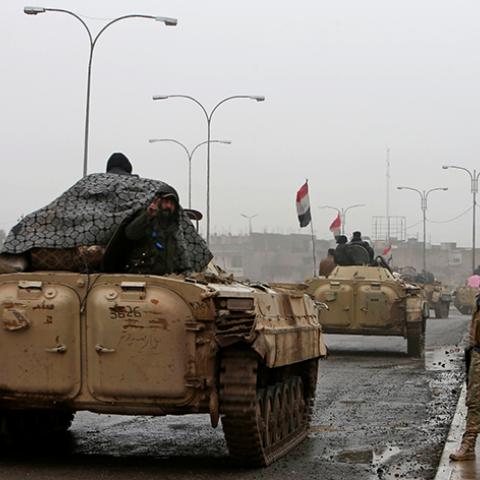